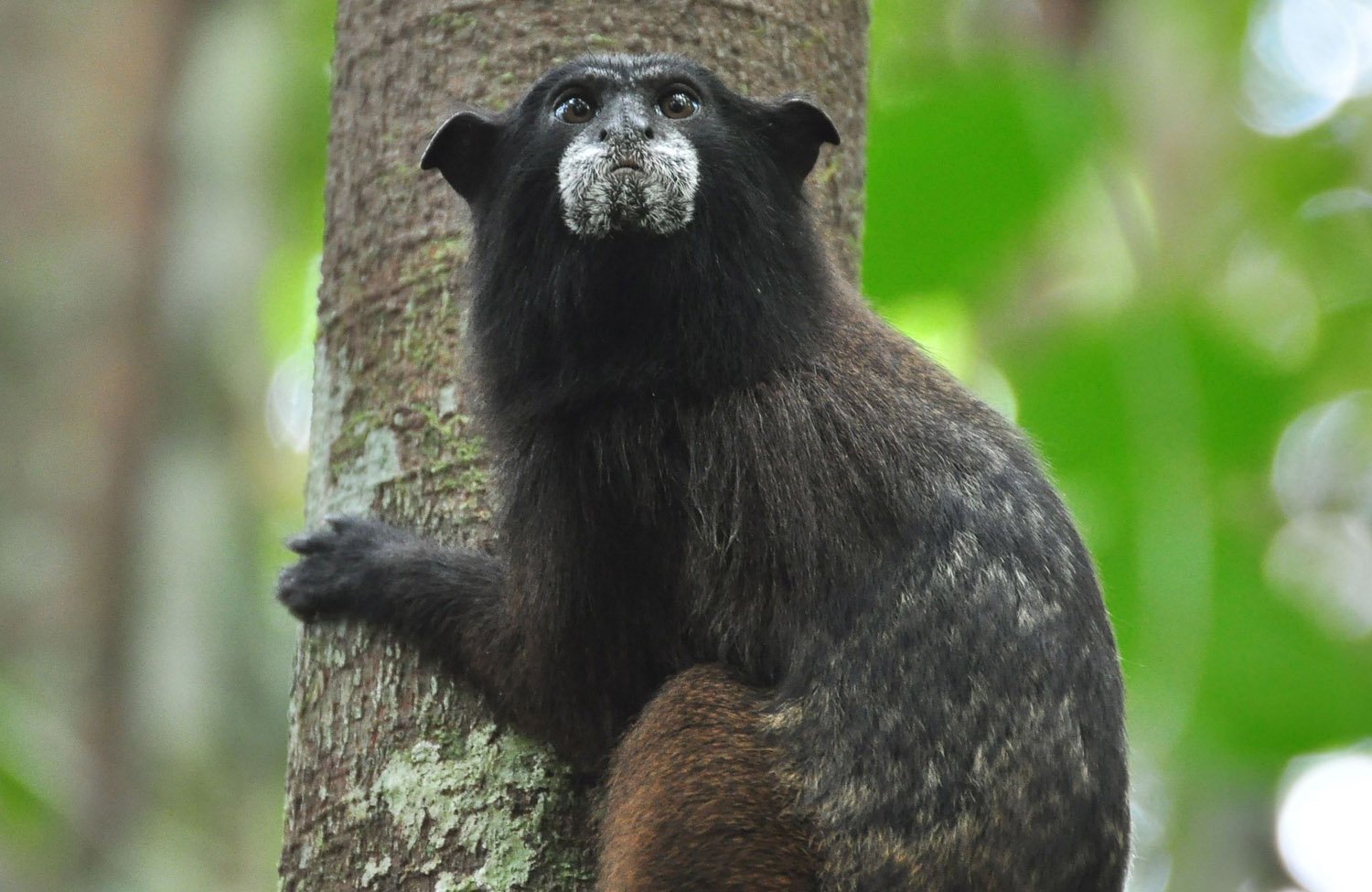 Tropical rainforests store large quantities of carbon dioxide, produce oxygen and provide habitats for many animal and plant species. If these ecosystems, which are so important for the global climate and biodiversity, are destroyed, they will recover very slowly, if at all. Scientists from the German Primate Center (DPZ) – Leibniz Institute for Primate Research, the University Estadual Paulista, Brazil, and the University of Marburg have conducted a long-term study on the role monkeys play in the regeneration of degraded rainforests. For over 20 years, they observed two tamarin species in the rainforest of Peru.

These animals feed on fruits and void the seeds undigested with their faeces. The researchers have studied the dispersal and germination of seeds as well as the growth and genetic origin of various plants in a forest that had emerged from a former pasture. For the first time, they were able to prove that monkeys have a decisive influence on the dispersal of seeds from the original primary forest to the regenerating secondary forest (Nature Scientific Reports).

The study was carried out in the Peruvian Amazon rainforest at the Estación Biológica Quebrada Blanco research station of the German Primate Center. Near the station there is an area of about four hectares which was cleared and used as pasture for water buffalos between 1990 and 2000. After the grazing was abandoned, rainforest slowly developed again. The researchers around Eckhard W. Heymann, scientist at the German Primate Center and head of the study, observed that moustached and black-fronted tamarins were temporarily in the early secondary forest.

Tamarins feed mainly on fruits and disperse the seeds of many different tropical trees and lianas over their faeces. “We wanted to find out whether the seed dispersal by monkeys has a demonstrable effect on the natural regeneration of forests,” says Eckhard W. Heymann.

“Our data show for the first time that the moustached and black-fronted tamarins effectively disperse seeds from primary forest into secondary forest,” says Eckhard W. Heymann. “We were able to prove that the seeds germinate and form young plants, thus increasing the diversity of species in the secondary forest. The tamarins have been shown to contribute to the natural regeneration of areas destroyed by humans.”

The study included data collected at the DPZ research station since 1994, but not initially against the background of the current issue. “At that time, we did not expect the cleared forest area to ever recover,” emphasizes Eckhard W. Heymann. “However, the study shows how important data collection and investigations over a very long period of time are in order to be able to make reliable statements about slowly developing ecological processes.”