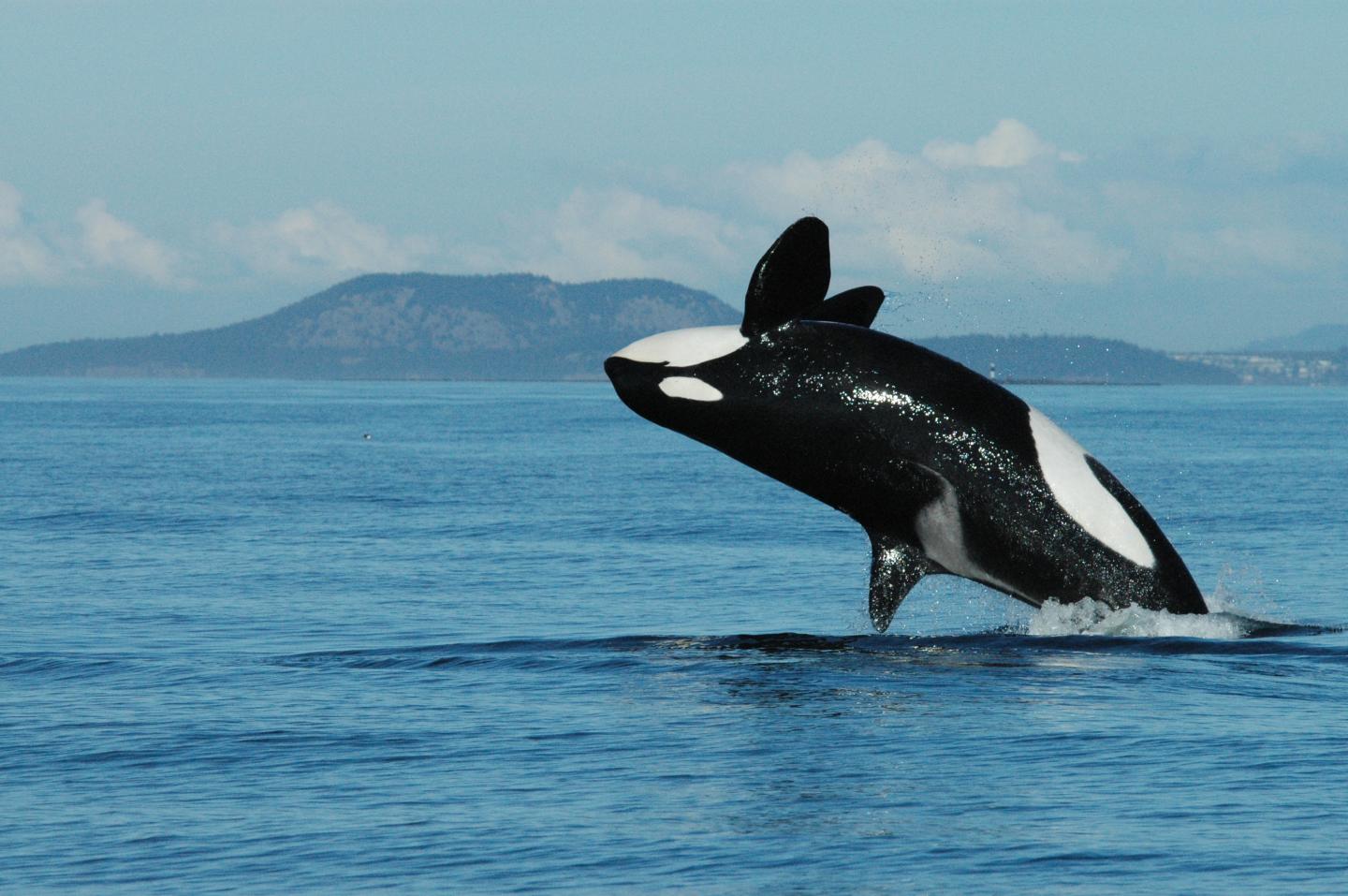 Post-menopausal killer whale grandmothers improve the chances of survival for their grand-calves, new research has found.

The study found that grandmothers who were no longer able to reproduce had the biggest beneficial impact on the survival chances of their grand-offspring. This may be because grandmothers without calves of their own are free to focus time and resources on the latest generation, the researchers suggest.

The research team also found that grandmothers had a particularly important role in times of food scarcity, as the impact on a calf of losing a post-menopausal grandmother was highest in years when salmon was scarce.

Previous research has shown that post-reproductive female killer whales are the most knowledgeable and provide an important leadership role for the group when foraging in salmon grounds.

These benefits to the group may help to solve the long-standing mystery of why the menopause has evolved in some species of whales and in humans, the authors of the study say.

Senior author of the study, Dr Dan Franks from the Department of Biology, at the University of York, said: “The study suggests that breeding grandmothers are not able to provide the same level of support as grandmothers who no longer breed. This means that the evolution of menopause has increased a grandmother’s capacity to help her grand-offspring.

“The death of a post-menopausal grandmother can have important repercussions for her family group, and this could prove to be an important consideration when assessing the future of these populations. As salmon populations continue to decline, grandmothers are likely to become even more important in these killer whale populations.”

The study involved an international research team from the Universities of York and Exeter (UK), the Centre for Whale Research (USA) and Fisheries and Oceans Canada.

The scientists analysed 36 years of data gathered by the Center for Whale Research and Fisheries and Oceans Canada on two populations of resident killer whales. The populations (which include several pods, made up of multiple family groups) live off the North West Pacific Coast of Canada and the US and feed on Chinook salmon.

In resident killer whales, both sons and daughters stay with their mothers for life, but they mate with individuals from a different family group. Male killer whales typically have a shorter lifespan than females with many not surviving beyond 30 years. Females usually stop reproducing in their 30s-40s, but just like humans they can live for many decades following menopause.

Lead author, Dr Stuart Nattrass, from the University of York, added: “The findings help to explain factors that are driving the whales’ survival and reproductive success, which is essential information given that the Southern Resident killer whales – one of the whale populations under study – is listed as endangered and at risk of extinction. We suspect when breeding grandmothers are supporting their own calves, their movement and activity patterns are constrained and they are not able to provide support and leadership in the same way as post-menopausal females. Also, grandmothers with their own calves will be busy caring for their own calves, and be able to invest less in their grand-offspring, compared to post-menopausal grandmothers. We are currently conducting observational studies with drones to directly study helping behaviour between family members in these killer whales.”

Co-author of the study, Prof Darren Croft from the University of Exeter, said “The menopause has only evolved in humans, killer whales and three other species of toothed whales and understanding why females of these species stop reproduction well before the end of life is a long standing evolutionary puzzle. Our new findings show that just as in humans, grandmothers that have gone through menopause are better able to help their grand offspring and these benefits to the family group can help explain why menopause has evolved in killer whales just as it has in humans”.