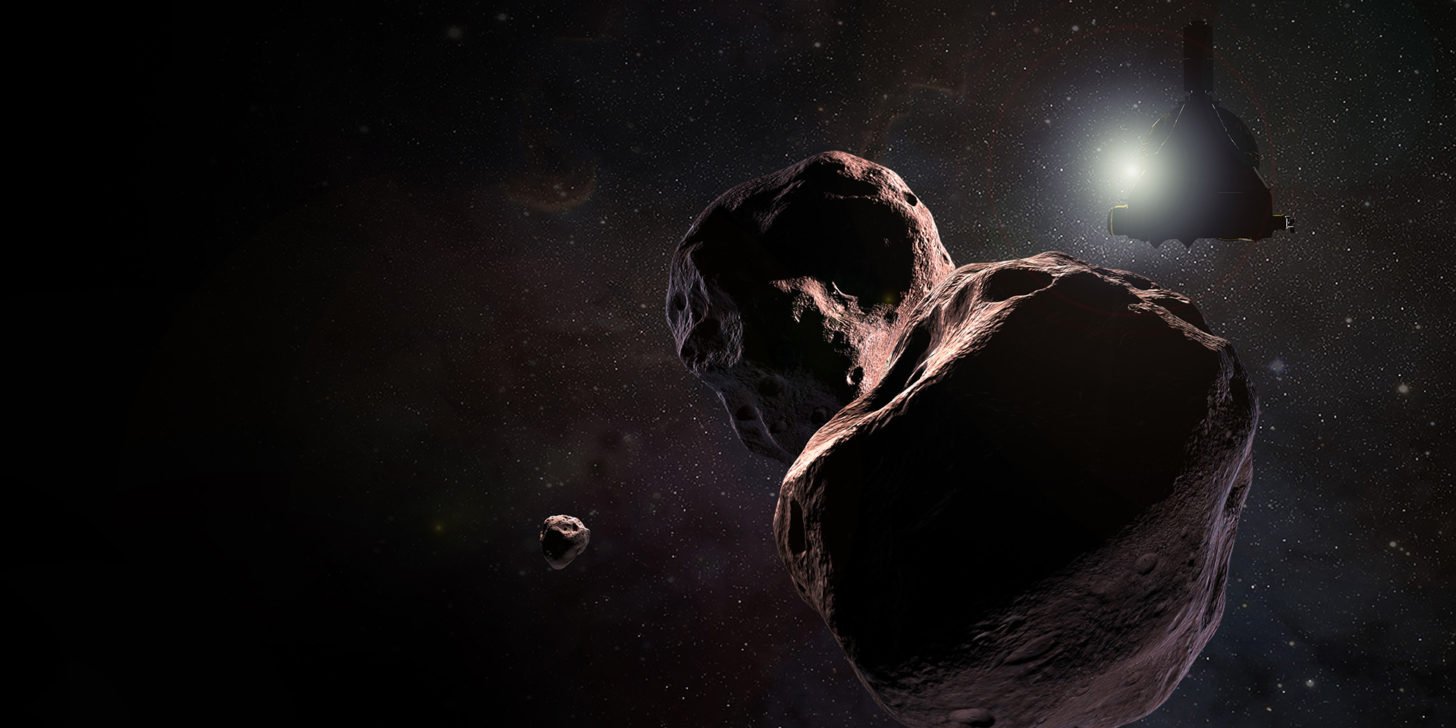 On 1 January 2019, the New Horizons Spacecraft conducted a flyby of (486958) 2014 MU69 – a distant object orbiting in the outer reaches of the Solar System. In a new report, Alan Stern and colleagues present the first results from the flyby, showing that MU69 is an ancient relic that has remained largely untouched – even by the heat of the Sun – since its formation roughly 4.5 billion years ago.

After passing Pluto in 2015, the New Horizons spacecraft continued into the Kuiper Belt, a region of the outer solar system beyond the orbit of Neptune populated by small icy bodies. MU69 is a Cold Classical Kuiper Belt Object, a class of objects thought to be largely undisturbed since the Solar System’s formation due to their stable orbit and feeble heating from the distant Sun. As such, objects like MU69 preserve clues about the early history of the Solar System.

The authors describe results from the New Horizons data that was transmitted back to Earth in the first few weeks after the flyby. Their analysis indicates that MU69 has a flattened bi-lobate shape, probably formed by the gentle collision of two smaller objects. Discrete geological units were identified on the surface, but there is little variation in color and composition. No moons, rings or dust clouds were found orbiting MU69; nor is there any evidence of an atmosphere.

According to Stern et al., the insights gained in this study are based on only about 10% of the total data collected during the flyby; the full data transmission from the spacecraft to Earth is expected to be complete in 2020.