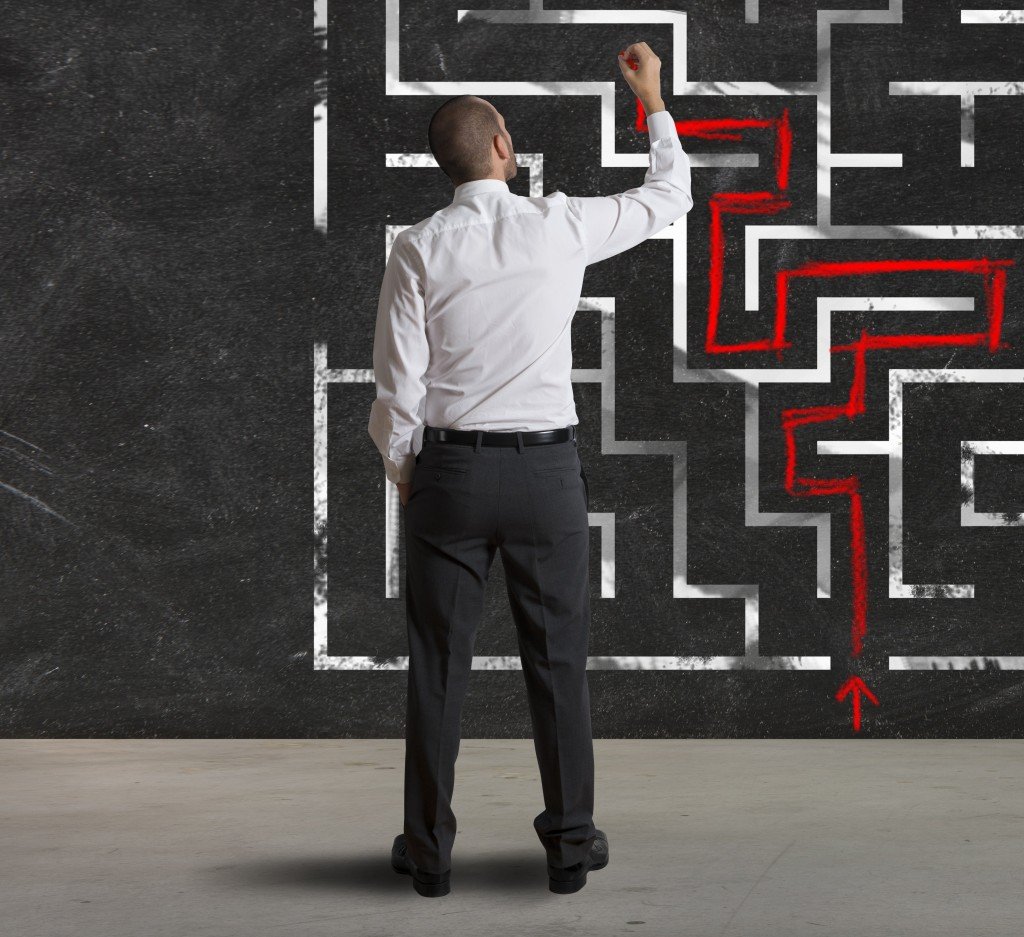 When making a complex decision, we often break the problem down into a series of smaller decisions. For example, when deciding how to treat a patient, a doctor may go through a hierarchy of steps – choosing a diagnostic test, interpreting the results, and then prescribing a medication.

Making hierarchical decisions is straightforward when the sequence of choices leads to the desired outcome. But when the result is unfavorable, it can be tough to decipher what went wrong. For example, if a patient doesn’t improve after treatment, there are many possible reasons why: Maybe the diagnostic test is accurate only 75 percent of the time, or perhaps the medication only works for 50 percent of the patients. To decide what do to next, the doctor must take these probabilities into account.

In a new study, MIT neuroscientists explored how the brain reasons about probable causes of failure after a hierarchy of decisions. They discovered that the brain performs two computations using a distributed network of areas in the frontal cortex. First, the brain computes confidence over the outcome of each decision to figure out the most likely cause of a failure, and second, when it is not easy to discern the cause, the brain makes additional attempts to gain more confidence.

“Creating a hierarchy in one’s mind and navigating that hierarchy while reasoning about outcomes is one of the exciting frontiers of cognitive neuroscience,” says Mehrdad Jazayeri, the Robert A. Swanson Career Development Professor of Life Sciences, a member of MIT’s McGovern Institute for Brain Research, and the senior author of the study.

MIT graduate student Morteza Sarafyzad is the lead author of the paper, which appears in Science on May 16.

Previous studies of decision-making in animal models have focused on relatively simple tasks. One line of research has focused on how the brain makes rapid decisions by evaluating momentary evidence. For example, a large body of work has characterized the neural substrates and mechanisms that allow animals to categorize unreliable stimuli on a trial-by-trial basis. Other research has focused on how the brain chooses among multiple options by relying on previous outcomes across multiple trials.

“These have been very fruitful lines of work,” Jazayeri says. “However, they really are the tip of the iceberg of what humans do when they make decisions. As soon as you put yourself in any real decision-making situation, be it choosing a partner, choosing a car, deciding whether to take this drug or not, these become really complicated decisions. Oftentimes there are many factors that influence the decision, and those factors can operate at different timescales.”

The MIT team devised a behavioral task that allowed them to study how the brain processes information at multiple timescales to make decisions. The basic design was that animals would make one of two eye movements depending on whether the time interval between two flashes of light was shorter or longer than 850 milliseconds.

A twist required the animals to solve the task through hierarchical reasoning: The rule that determined which of the two eye movements had to be made switched covertly after 10 to 28 trials. Therefore, to receive reward, the animals had to choose the correct rule, and then make the correct eye movement depending on the rule and interval. However, because the animals were not instructed about the rule switches, they could not straightforwardly determine whether an error was caused because they chose the wrong rule or because they misjudged the interval.

The researchers used this experimental design to probe the computational principles and neural mechanisms that support hierarchical reasoning. Theory and behavioral experiments in humans suggest that reasoning about the potential causes of errors depends in large part on the brain’s ability to measure the degree of confidence in each step of the process. “One of the things that is thought to be critical for hierarchical reasoning is to have some level of confidence about how likely it is that different nodes [of a hierarchy] could have led to the negative outcome,” Jazayeri says.

The researchers were able to study the effect of confidence by adjusting the difficulty of the task. In some trials, the interval between the two flashes was much shorter or longer than 850 milliseconds. These trials were relatively easy and afforded a high degree of confidence. In other trials, the animals were less confident in their judgments because the interval was closer to the boundary and difficult to discriminate.

As they had hypothesized, the researchers found that the animals’ behavior was influenced by their confidence in their performance. When the interval was easy to judge, the animals were much quicker to switch to the other rule when they found out they were wrong. When the interval was harder to judge, the animals were less confident in their performance and applied the same rule a few more times before switching.

By recording neural activity in the frontal cortex just after each trial was finished, the researchers were able to identify two regions that are key to hierarchical decision-making. They found that both of these regions, known as the anterior cingulate cortex (ACC) and dorsomedial frontal cortex (DMFC), became active after the animals were informed about an incorrect response. When the researchers analyzed the neural activity in relation to the animals’ behavior, it became clear that neurons in both areas signaled the animals’ belief about a possible rule switch. Notably, the activity related to animals’ belief was “louder” when animals made a mistake after an easy trial, and after consecutive mistakes.

The researchers also found that while these areas showed similar patterns of activity, it was activity in the ACC in particular that predicted when the animal would switch rules, suggesting that ACC plays a central role in switching decision strategies. Indeed, the researchers found that direct manipulation of neural activity in ACC was sufficient to interfere with the animals’ rational behavior.

“There exists a distributed circuit in the frontal cortex involving these two areas, and they seem to be hierarchically organized, just like the task would demand,” Jazayeri says.