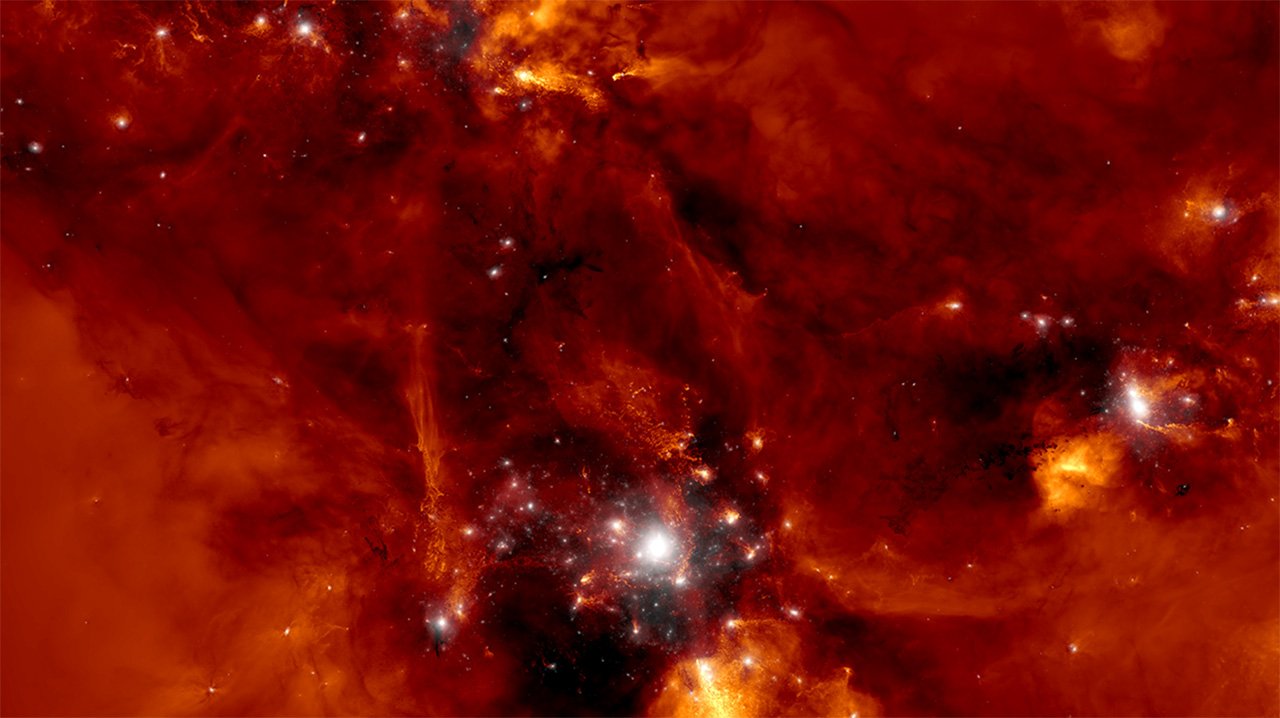 It is believed that the formation and growth of most galaxies across the history of the universe have been fueled by black holes nested in their very centre. These have been growing together with their host galaxy as they collect matter up to attain millions of solar masses. Chasing the early stages of these extreme objects is among the missions of future powerful telescopes, but what will be the reward of their hunting?

A new and comprehensive estimate has now been presented in a study led by researchers of the Instituto de Astrofísica e Ciências do Espaço (IA). The study predicts the number of very young galaxies with an active supermassive black hole at their core that should have existed when the universe was less than seven percent of its current age, and which are within the reach of future X-ray and radio telescopes already in the making. It was published in the Monthly Notices of the Royal Astronomical Society, and presented this week at the SPARCS IX meeting, where the science and technology of the future Square Kilometre Array (SKA) radio telescope are being discussed.

The results may guide the most effective observing plans for SKA and for the Athena X-ray space observatory, of ESA. Both observatories will be used to peer deep into the same period in the history of the universe explored by this study.

“Since there is a long way until Athena and SKA will be available for science, there is time to modify their goals for the best,” says Stergios Amarantidis, of IA and Faculdade de Ciências da Universidade de Lisboa (FCUL), the first author of the paper. “For example, a past Athena white paper mentions a prediction of one order of magnitude less supermassive black holes than what we found. They will use their result to have a preliminary plan for their future surveys. Our results can now be used to improve the strategy, and prepare more effective surveys.”

The authors extend previous work done by others in the visible and X-ray part of the spectrum by adding predictions for radio and X-ray observations, and for the more distant universe. In this context, X-rays are produced by very hot matter spiraling extremely fast as it falls inwards onto the black hole, and signal galaxies with their centre facing the Earth. Radio emission, on the other hand, frequently signal galaxies viewed edge-on, and is produced by powerful jets of particles ejected away from the black hole’s vicinity and interacting with the gas outside the galaxy.

Using eight computational models, developed by other teams, and applying what we currently know about galaxy evolution, the researchers predicted for instance that, in an area of the sky the size of the full Moon, Athena will be able to spot X-ray activity from around 2,500 supermassive black holes at the core of very young galaxies in the early universe. The results suggest that radio emission will be less abundant at these early ages, but powerful telescopes such as SKA will still be able to identify tens of these sources in the same area of the sky.

The computational models were developed and fine-tuned using what we observe in the environments where galaxies evolve in the nearby universe. One of the models’ limitations evidenced by this study is their poor capability to predict the few, highly luminous, active galactic centres already known to exist in remote epochs. Increasing the size of the simulations – and the computational resources – is necessary to overcome this limitation and to properly understand how the first galaxies and supermassive black holes appeared and evolved.

“This work puts into evidence the predictive powers of current state-of-the-art models of galaxy formation, and will guide us to make better use of the powerful telescopes being built,” says José Afonso, of IA and FCUL, and second author of the paper. “At the same time, it also shows where our understanding of the first active galaxies still needs to be improved, something that will require all of our observational efforts during the coming years. The early universe is still largely hard to explain.”