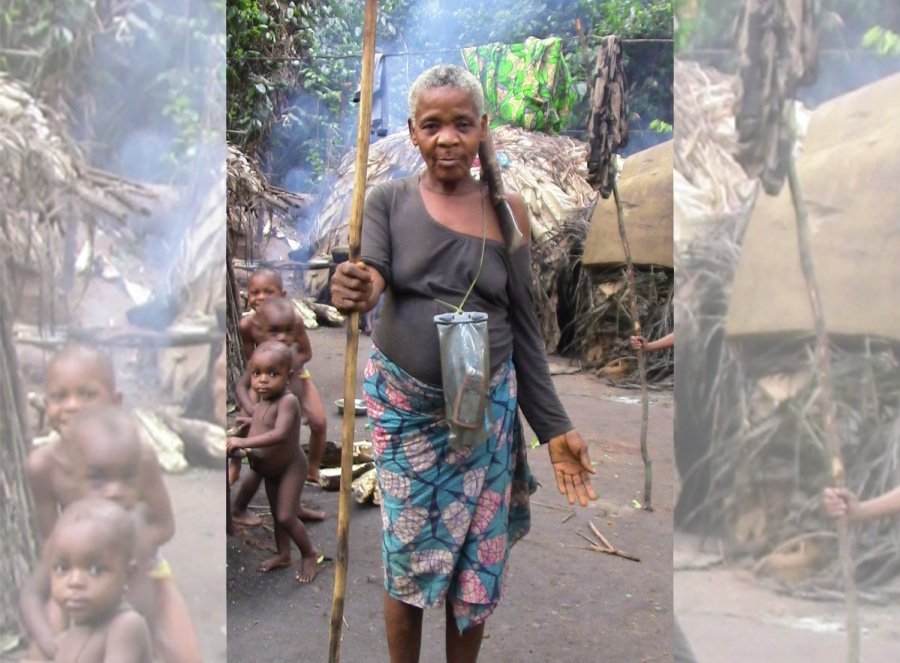 Knowing which direction to go in order to reach a food location or home is important for many animal species, including humans. For human foragers who travel long distances every day hunting and gathering, orientation skills are essential. Haneul Jang and her colleagues from the Max Planck Institute for Evolutionary Anthropology set out to study how the Mbendjele BaYaka people in Republic of Congo orient themselves in the dense rainforest. To this aim, the researchers conducted more than 600 pointing tests with 54 Mbendjele BaYaka men, women and children aged between 6 and 76 years, in which the participants were asked to point an out-of-sight target in more than 60 different rainforest locations (including the camp).

Jang and her colleagues found that the Mbendjele BaYaka are highly accurate at pointing to distant and out-of-sight target locations. The researchers found pointing accuracy was equally good in men and women.

“Gender equality in the Mbendjele BaYaka population may result in Mbendjele women’s long-distance foraging for fishing and hunting as do men. This might allow women and men to develop similar orientation abilities. Our results are consistent with previous studies that found no sex differences in orientation abilities in hunter-gatherer societies where both sexes actively travel away from home. Studies from various cultures suggest that sex differences in orientation abilities may indeed result from sex-specific mobility, and our results add to this growing body of evidence”, says Jang, lead author of the study.

“In contrast to men and women in our society, where women may still be more likely to work at home or closer to home compared to men, we observed that Mbendjele men and women travel equally far from home, and it is therefore perhaps not surprising that they score equally well in orientation tasks. The results of our study confirm how important experience is for our cognitive development”, says Karline Janmaat, main supervisor of the study.

Interestingly, Jang and her colleagues found that at around age six, Mbendjele BaYaka children already performed as accurately as adults in the pointing tests when the tests were conducted close to the camp. Moreover, the researchers found that when the sun was visible in the sky, children’s pointing accuracy increased substantially, especially in more distant and less familiar areas. Adults, on the other hand, performed accurately throughout their range also on cloudy days.

“The Mbendjele BaYaka people live in flat lowland rainforests where orienting oneself is challenging due to heavy vegetation and the absence of distant landmarks like mountain peaks. People who live in such an environment may need to start learning how to use the position of the sun to ascertain a direction from a very early age.”

According to the authors, this study provides the first behavioural evidence for sun compass use in humans. “We know that bees can use the sun to navigate, but surprisingly there has been no scientific evidence yet that humans may have this skill, too, and that children may develop this skill by age six”, says Janmaat. “Our study shows that there is still so much to discover and with a high level of urgency. All forests inhabited by human rainforest foragers in Congo have been sold to foreign companies, causing these people to lose not only their foraging grounds, but their intriguing navigation skills as well.”