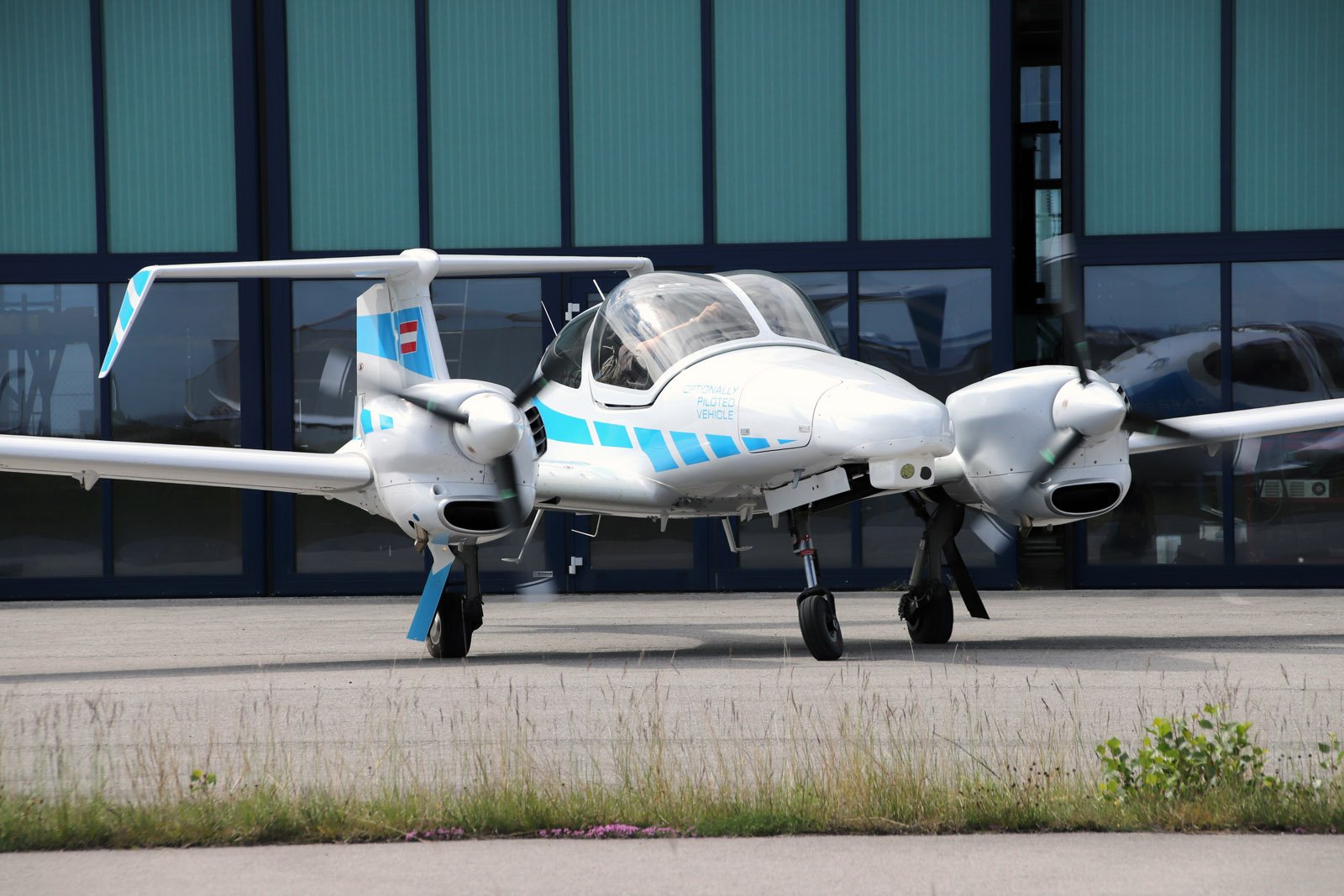 Automatic landings have long been standard procedure for commercial aircraft. While major airports have the infrastructure necessary to ensure the safe navigation of the aircraft, this is usually not the case at smaller airports. Researchers at the Technical University of Munich (TUM) and TU Braunschweig have now demonstrated a completely automatic landing with vision assisted navigation that functions properly without the need for ground-based systems.

At large airports the Instrument Landing System (ILS) makes it possible for commercial aircraft to land automatically with great precision. Antennas send radio signals to the autopilot to make sure it navigates to the runway safely. Procedures are also currently being developed that will allow automatic landing based on satellite navigation. Here too a ground-based augmentation system is required.

However, systems like these are not available for general aviation at smaller airports, which is a problem in case of poor visibility – then aircraft simply cannot fly. “Automatic landing is essential, especially in the context of the future role of aviation,” says Martin Kügler, research associate at the TUM Chair of Flight System Dynamics. This applies for example when automated aircraft transport freight and of course when passengers use automated flying taxis.

In the project “C2Land”, supported by the German federal government, TUM researchers have partnered with Technische Universität Braunschweig to develop a landing system which lets smaller aircraft land without assistance from ground-based systems.

The autopilot uses GPS signals to navigate. The problem: GPS signals are susceptible to measurement inaccuracies, for example due to atmospheric disturbances. The GPS receiver in the aircraft can’t always reliably detect such interferences. As a result, current GPS approach procedures require the pilots to take over control at an altitude of no less than 60 meters and land the aircraft manually.

In order to make completely automated landings possible, the TU Braunschweig team designed an optical reference system: A camera in the normal visible range and an infrared camera that can also provide data under conditions with poor visibility. The researchers developed custom-tailored image processing software that lets the system determine where the aircraft is relative to the runway based on the camera data it receives.

The TUM team developed the entire automatic control system of TUM’s own research aircraft, a modified Diamond DA42. The aircraft is equipped with a Fly-by-Wire system enabling control by means of an advanced autopilot, also developed by the TUM researchers.

In order to make automatic landings possible, additional functions were integrated in the software, such as comparison of data from the cameras with GPS signals, calculation of a virtual glide path for the landing approach as well as flight control for various phases of the approach.

In late May the team was able to watch as the research aircraft made a completely automatic landing at the Diamond Aircraft airfield. Test pilot Thomas Wimmer is completely convinced by the landing system: “The cameras already recognize the runway at a great distance from the airport. The system then guides the aircraft through the landing approach on a completely automatic basis and lands it precisely on the runway’s centerline.”