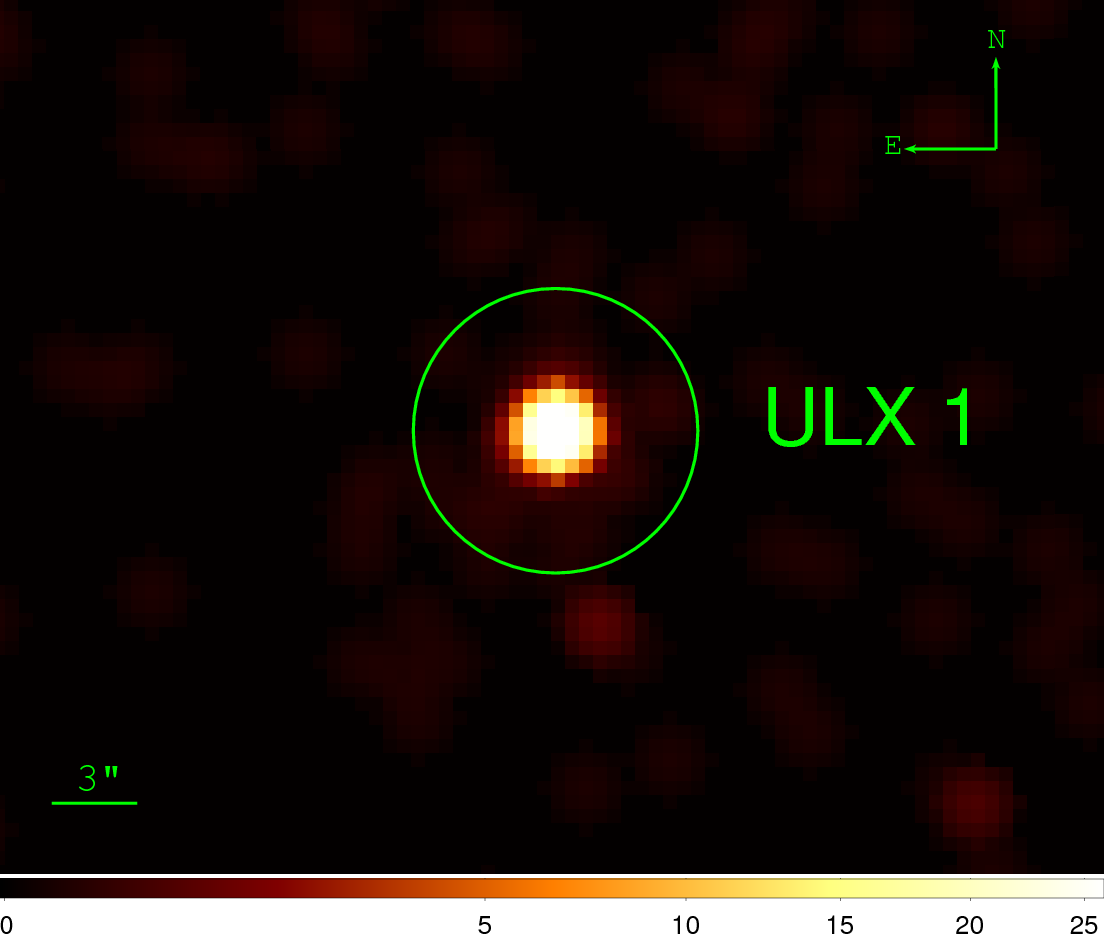 The accretion of matter onto a compact object (neutron star or black hole) is one of the main and most efficient sources of energy in astrophysics. This energy undergoes transformations up to expressing itself in the form of luminous radiation that we observe as a celestial source or mechanical energy of matter expelled from the system as “wind”, normally invisible. The light emitted exerts pressure on the falling matter, self-regulating accretion. Beyond a certain limit of luminosity (called Eddington’s limit), the radiation pressure exceeds gravity and matter, instead of accreting onto the compact object, is ejected from the system.

The discovery of pulsations in some ultra-luminous X-ray sources (ULX pulsars, or PULXs), reveals that accreting binary systems containing a neutron star can apparently violate Eddington’s limit.  NGC 5907 ULX-1, the most extreme PULX known to us, exceeds more than 500 times his Eddington limit. To explain this inconsistency we have so far relied on information extracted from X-ray observations. When accretion was interrupted and the source turned off we observed NGC 5907 ULX-1 with Chandra.

As the light that dazzled us had turned off, a nebula appeared surrounding the PULX. Since the expansion of a nebula follows simple and universal rules, it is possible to reconstruct the structure and the history of the nebula and therefore of the wind of matter that feeds it. The latter maintained an average power similar to that observed from the PULX as X-ray emission, for about 70,000 years. Therefore, the energy stored in the nebula is huge, equal to 100 ordinary supernovae. This is the first time that a similar structure is observed in the X-ray band, perhaps because caught in its youthful vigor. More mature nebulae, observed around other ULXs, emit their energy mainly in the optical and radio bands. The hunt for similar objects is now open, to try and understand their role in the evolution of ULXs and their impact on the galaxies hosting them.