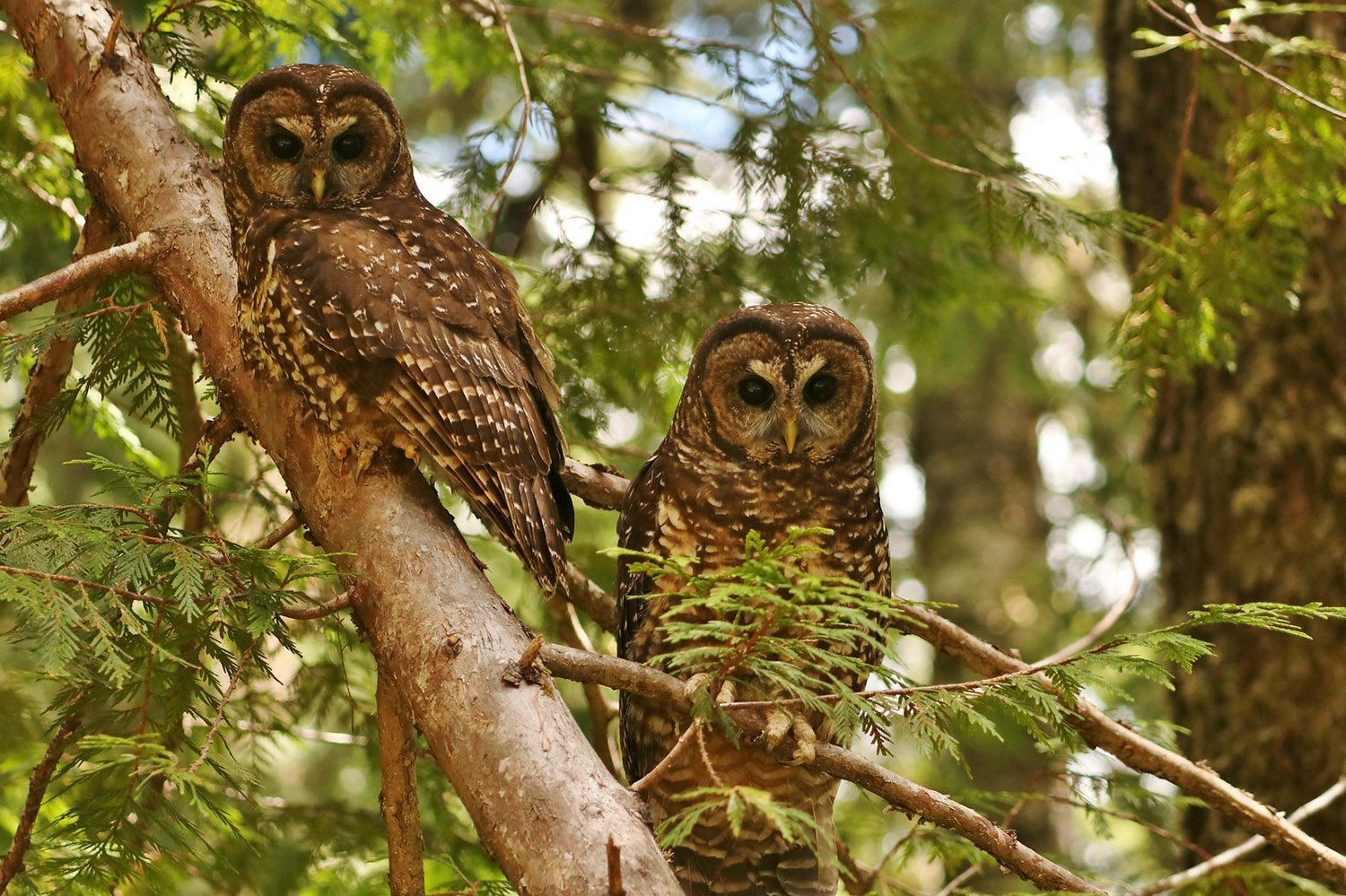 When the Northern Spotted Owl was protected under the Endangered Species Act in 1990, the primary threat to the species was the loss of the old-growth forest it depends on. However, new research published in The Condor: Ornithological Applications shows that the Northern Spotted Owl population in Washington’s Mount Rainier National Park has declined sharply in the past two decades despite the long-term preservation of habitat within the park. The culprit? The spread of Barred Owls, a closely related, competing species that has moved into Spotted Owls’ range from the east.

Biologists have seen Barred Owls in Spotted Owl territories within the national park more and more frequently since Spotted Owl surveys began in 1997. For their new study, Oregon Cooperative Fish and Wildlife Research Unit’s Anna Mangan, the National Park Service’s Tara Chestnut, and their colleagues analyzed two decades’ worth of data from these surveys.

“We found that Spotted Owls now occupy 50% fewer territories in the park than they did 20 years ago when the study began, despite the lack of habitat disturbance,” says Chestnut.

“Barred Owls eat a wider range of foods and use a greater variety of forested habitats, including the old-growth forest required by Spotted Owls, and these generalist traits have aided them in their highly successful range expansion throughout the Pacific Northwest,” explains co-author Katie Dugger, a researcher the US Geological Survey’s Oregon Cooperative Fish and Wildlife Research Unit. “Barred Owls are now competing with Northern Spotted Owls for food and space, and increased Barred Owl densities are associated with declines in Northern Spotted Owl populations across their range.”

“What is particularly alarming is that this decline has occurred even at Mount Rainier, where Spotted Owl habitat has been protected for over 100 years, with virtually no fire or logging disturbance,” says Mangan.

“With Barred Owls detected at nearly every Spotted Owl territory monitored in the park, the future of Spotted Owls at Mount Rainier is tenuous. It also suggests that preserving owl habitat, while still crucial, is likely no longer enough to sustain the Spotted Owl population at Mount Rainier.”

If current trends continue, scientists predict that the Spotted Owl could be extinct in the region within approximately six to eight decades. “Conservation managers can focus on protecting old-growth habitat with steeper slopes, as we found this to have higher Spotted Owl occupancy, and can continue to monitor Barred Owl populations to better understand their effect on local Spotted Owl populations,” adds Mangan. “Managers will need to consider some creative solutions, and likely some unpopular choices, if the Northern Spotted Owl is going to be prevented from going extinct on public lands.”