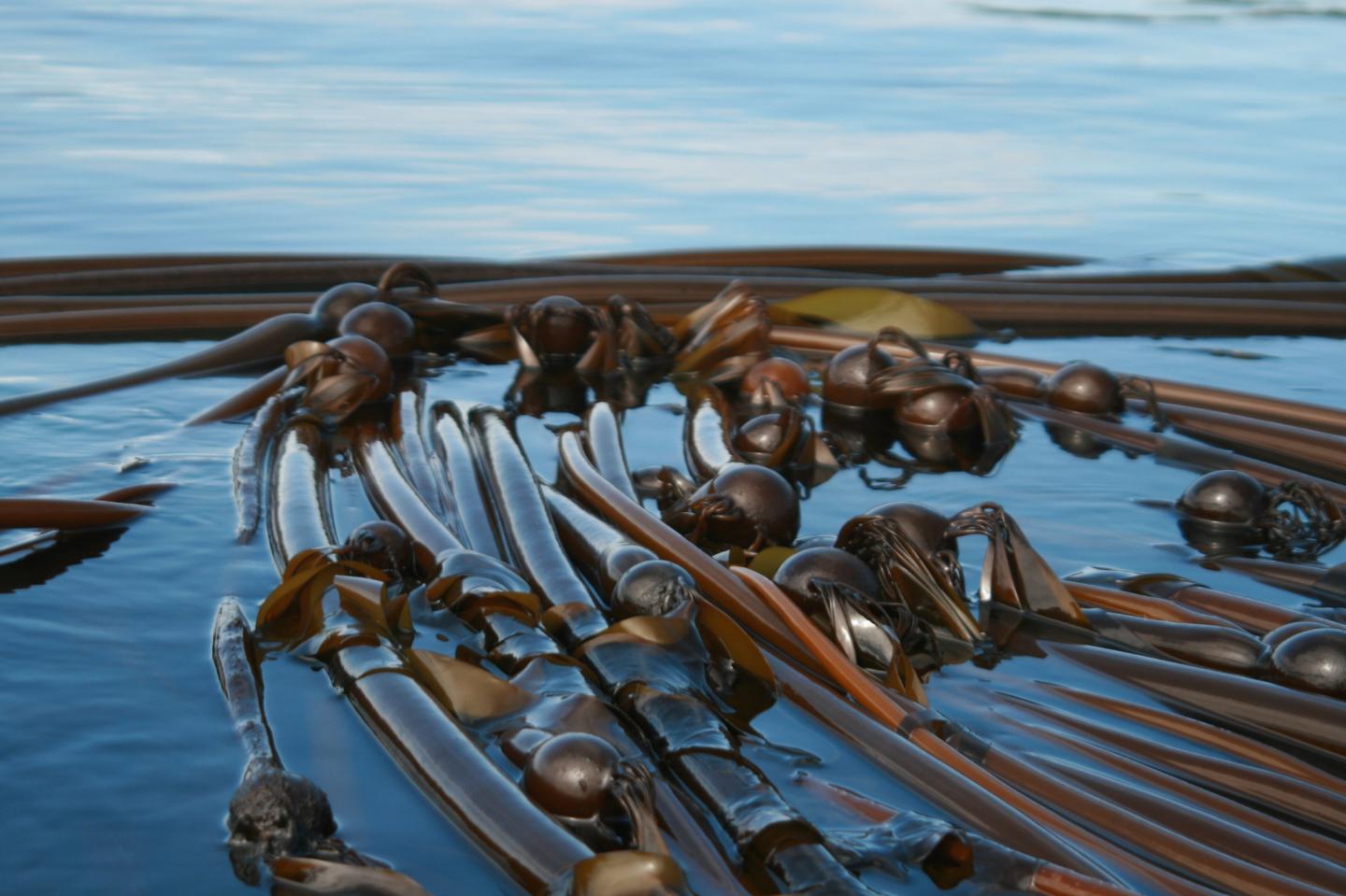 It sounds like an ecological horror movie, but this scenario actually happened between 2013 and 2017. Its lasting impacts continue to affect northern California’s coast today, with another marine heat wave forecast for this winter.

In a study published today in the journal Scientific Reports, scientists from the University of California, Davis, and the California Department of Fish and Wildlife use two decades of kelp ecosystem monitoring data to chronicle the catastrophic shift in 2014 from a robust bull kelp forest to a barren of purple sea urchins. Similar impacts are being observed in kelp forests from Baja California to Alaska.

The study shows how bull kelp deforestation triggered the closure of a $44 million recreational abalone fishery and the collapse of the north coast commercial red sea urchin fishery.

More than 90 percent of bull kelp and 96 percent of red abalone were lost along 217 miles of northern California coastline within just a few years. Meanwhile, purple sea urchin populations exploded 60-fold between 2014 and 2015.

“We’re in the 20th year of this monitoring program, and we can confidently say, this is uncharted territory that we’re in,” said lead author Laura Rogers-Bennett, an environmental scientist with UC Davis Karen C. Drayer Wildlife Health Center and California Department of Fish and Wildlife operating out of the UC Davis Bodega Marine Laboratory. “We’ve never seen purple sea urchins at these densities before. This paper really shows what it takes in terms of multiple stressors to crash a bull kelp forest.”

The bull kelp ecosystem surveys reveal the timing and magnitude of a series of events – what the study authors call a “perfect storm” – that led to the unprecedented decline of the kelp forest and the animals, plants and ecological benefits it supports:

Purple sea urchins are native to California’s coast, but typically at low densities.

“What we’re seeing now are millions and millions of purple sea urchins, and they’re eating absolutely everything,” said Rogers-Bennett. “They can eat through all the anemones, the sponge, all the kelp, the fleshy red algae. They’re even eating through calcified alga and sand.”

Bull kelp are one of the fastest-growing plants on Earth, capable of growing two feet in just a day. If cooler water temperatures return, kelp could likely regrow, the study said. But with ravenous purple sea urchin teeth constantly scraping the bottom of the sea floor, the kelp cannot catch a break.

Urchins are edible. Their fleshy insides – specifically, their gonads – turn up on sushi rolls as uni. So perhaps a purple sea urchin harvest is in order? Not so fast. With so much competition from their brethren, the insides of these urchins are nearly empty. They are starving.

Urchin ranching and a glimmer of hope

In what could be a glimmer of hope for bull kelp forests, UC Davis researchers are working with Bay Area shellfish company Urchinomics to explore the possibility of removing purple urchins from their sea floor barrens and fattening them up for market – in short, urchin ranching.

If the resulting product gives kelp beds a chance to recover, dining on purple urchin could go beyond “sustainable seafood” to become restorative. Rogers-Bennett and UC Davis Bodega Marine Laboratory Director Gary Cherr will begin trials this fall to see if urchin ranching could be a viable strategy.

Other strategies are outlined in the Sonoma-Mendocino Bull Kelp Recovery Plan, released last June by the Greater Farallones Association and CDFW. It includes measures such as creating a kelp oasis to preserve seed stock and repopulate bull kelp when conditions are conducive to restoration.

“There are too many purple urchins, and the kelp forest is in giant trouble,” said Rogers-Bennett. “There are all kinds of problems associated with that. But we are working now on some of the potential solutions.”

Meanwhile, this study illustrates the vulnerability of ecosystems and communities to climate-driven collapses.