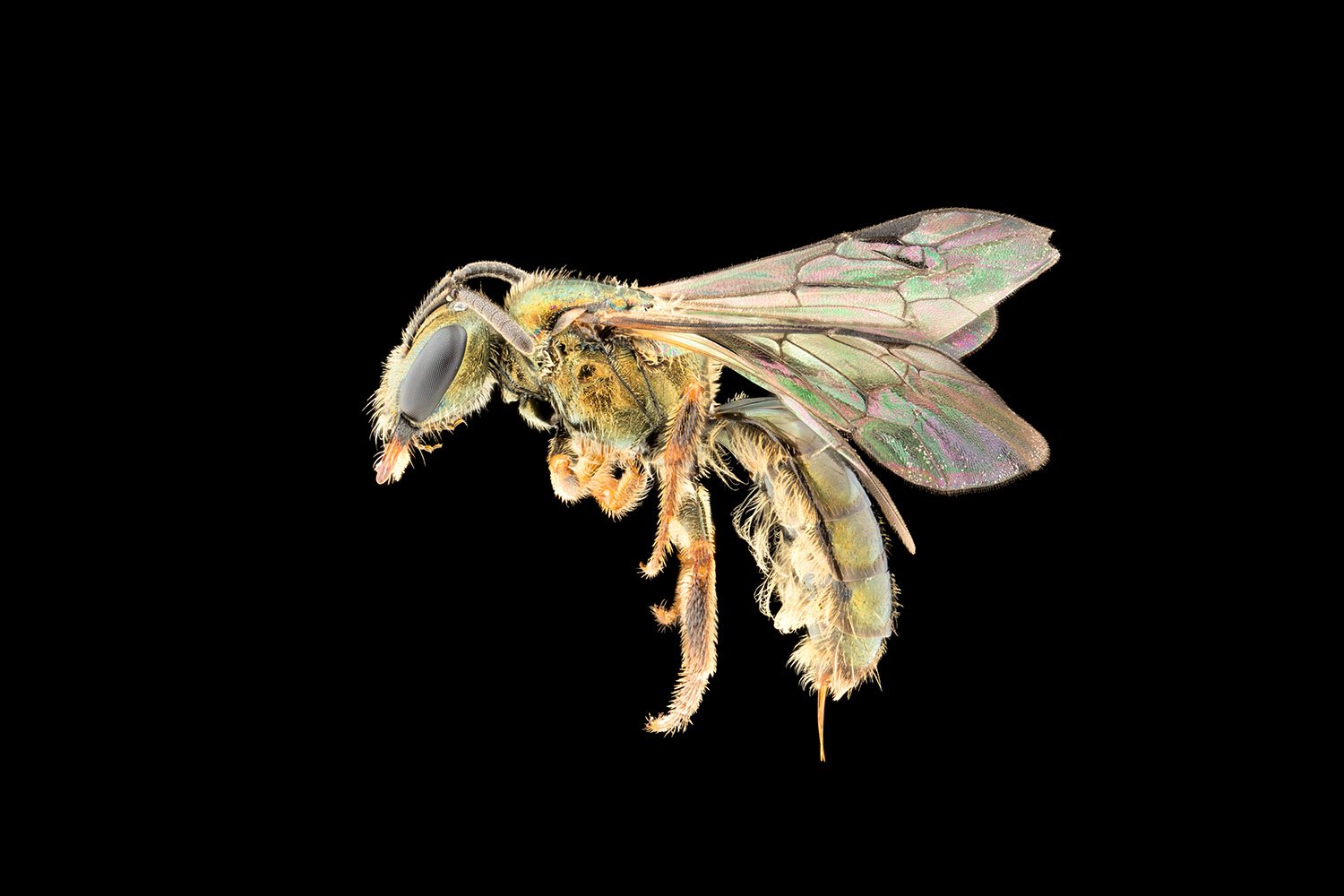 The biodiversity buzz is alive and well in Fiji, but climate change, noxious weeds and multiple human activities are making possible extinction a counter buzzword.

Just as Australian researchers are finding colourful new bee species, some of them are already showing signs of exposure to environmental changes.

“Homalictus terminalis is named so to indicate that, like many Fijian bees, it is nearing its limit and is at risk of climate-related extinction,” he says. “Found only on Mount Batilamu near the city of Nadi, where many tourists launch their holidays, H. terminalis has only been found within 95 metres of the mountain peak.”

South Australian university students on the Asutralian Government’s New Colombo overseas study program have gone to Fiji in the south-west Pacific for several years, naming nine new species in one of their latest research publications in Zootaxa.

The impressive black Homalictus achrostus, featuring unusual large mandibles, is one of the most interesting endemic bee species on Fiji.

But, like many Fijian bee species, H. achrostus has only ever found on a single mountain top.

“Six individuals were collected on Mount Nadarivatu in the 1970s and two in 2010, but despite frequent searching almost every year since no more have been found,” says Flinders University Associate Professor Mike Schwarz, a co-author on the paper.

“A likely driver of this possible extinction is changing climates,” Associate Professor Schwarz says. “The cooler climate of the Fijian highlands could be slowly pushed upwards and off the top of the mountains bringing with it the species that require this climatic refuge. With H. achrostus one of the four previously described species of endemic bee in Fiji, this raises real concerns about the extinction of many highland species in Fiji and across all of the tropics.”

“These field trips have allowed us to redescribe four known species and describe nine new ones, bringing the number of endemic Homalictus in Fiji to 13 species,” says Dr Stevens, who is collaborating on the study. “Most of the species diversity (11 species) live 800 metres or more above sea level, which highlights the vulnerability of highland-restricted species to a warming climate.”

One of the new species, the eye-catching Homalictus groomi, was named in honour of Flinders biological sciences graduate Dr Scott Groom, who began uncovering this hidden diversity using molecular techniques with Flinders University and the South Australian Museum in 2009.

Previous New Colombo Plan biological sciences field trips have also studied the effects of noxious weeds and human activities on other animals and plants in Fiji.