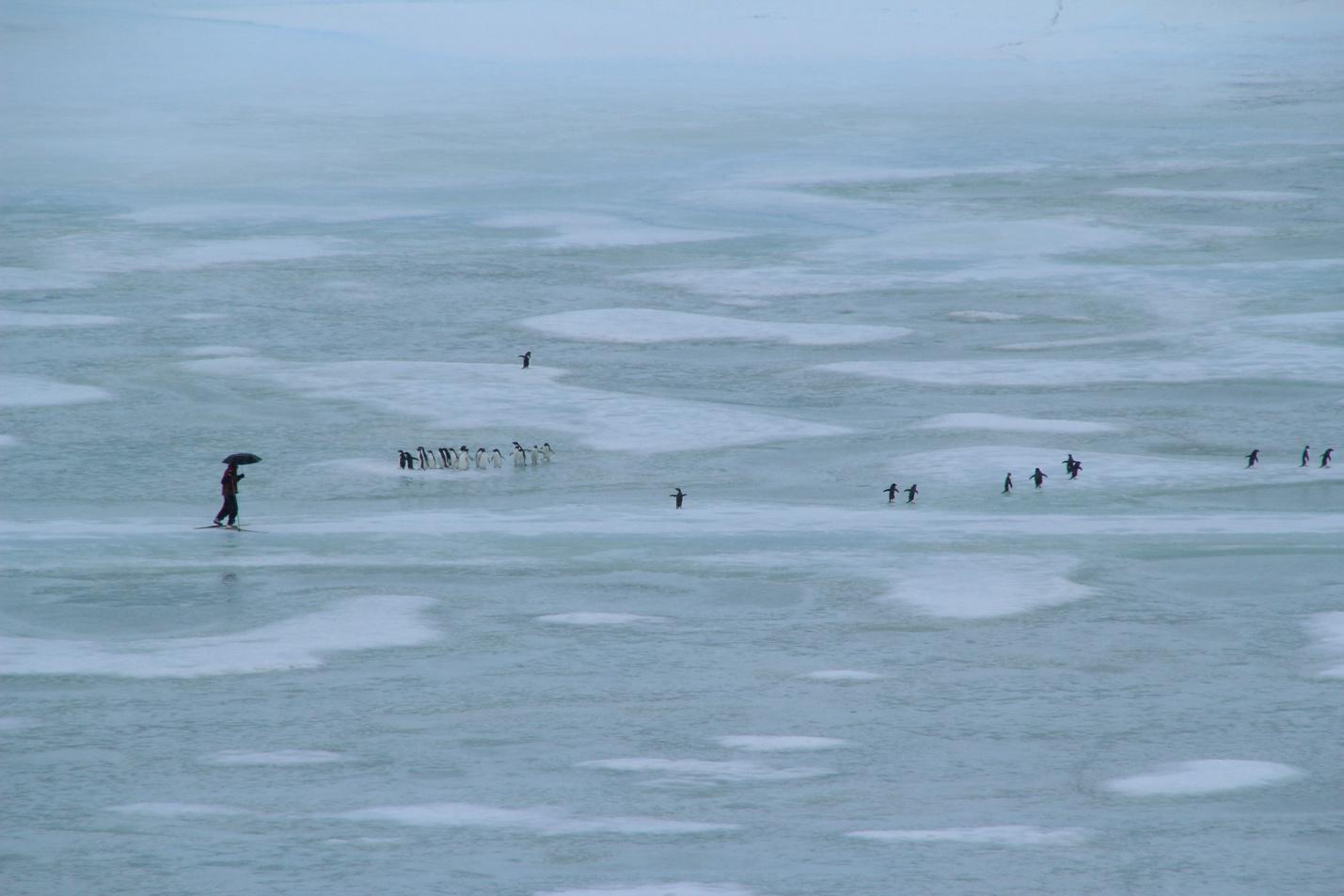 Surface melting in West Antarctica is triggered by atmospheric rivers that transport heat and moisture from the mid-latitudes and sub-tropics to the polar regions according to a new study from researchers1 from the University Grenoble Alpes, CNRS, Sorbonne University (France), CESAM/University of Aveiro (Portugal) and British Antarctic Survey (United Kingdom). Their study will be published in the journal Nature Geoscience on October 28th, 2019 at 12:00 US eastern time (16:00 London time).

The ice flow transported to the ocean through the Antarctic ice shelves represents 80% of the total Antarctica ice output. These ice shelves are confined in huge bays and, like the cork of a bottle of sparkling wine, hold the Antarctic glaciers by a buttressing effect which transfers upstream the friction along the edges and from contact with oceanic rock outcrops. The disintegration of these ice shelves leads to a massive acceleration of the glaciers that are normally restrained. Once they are no longer restrained, they go to the ocean just as the sparkling wine pours away after the ejection of the cork.

Over the past couple decades, the successive break-ups of the Larsen A, Larsen B, and recently the Larsen C ice shelves demonstrated that the occurrence of surface melting on the ice shelves is critical in initiating their collapses. After the snow surface becomes saturated, water collects in lakes and eventually fill crevasses. As the density of the liquid water is higher than the solid, an overpressure forms at the bottom of the crevasse causing it to expand in a process known as hydrofracturing.

Many studies have focused on the local processes that cause snow and ice melt in Antarctica. Also, the positive feedback between snow melt and decreased snow albedo2 along with the impact of the foehn wind on surface warming is well documented. However, until now, there had been no studies to understand the climatology of the large-scale meteorological conditions that can explain surface melting in the Antarctic. This new analysis revealed that atmospheric rivers frequently play a significant role in major melt events.

Atmospheric rivers represent narrow bands of moisture that travel from the tropical regions towards higher latitudes. The extra-tropical cyclones that circle the Antarctic continent deliver atmospheric rivers onto the continent when the polar jet stream becomes highly wavy. When the rivers make landfall, they deliver an intense plume of heat and moisture over a small area. These rivers have been extensively studied in more temperate climates where they associated with rainfall and flooding, but there are only a few studies of their impacts over Antarctica – one of which connected atmospheric rivers with high snowfall events in East Antarctica and a study showing a joint atmospheric river – foehn role in record high temperatures at the Antarctic Peninsula .

The analysis showed that atmospheric rivers are able to reach the Antarctic ice sheet when extra-tropical cyclones are blocked from moving in their normal west to east path by an anticyclone and instead the humidity they carry is forced poleward down a single path, like a pizza dough flattened between two rotating rollers. (Figure 2). The river carries heat and humidity that originated from more temperate regions down an “atmospheric channel” makes landfall on the Antarctic coastline and causes abnormally warm conditions (+10 ° C above normal). When the river reaches Antarctica, the melting is triggered by the strong downward longwave radiation that is caused by the darker clouds carrying liquid water over the ice sheet and at some locations, by extra sensible heat fluxes transferred via the foehn wind.

Research has shown that only the warmest atmospheric rivers are associated with melt events on the ice shelves. Nevertheless, those warmest rivers are only 2 °C warmer than the average river. In the context of climate change, warming over the Ross Ice Shelf is expected to exceed 2 °C by the end of the 21st century. This would lead to the majority of atmospheric rivers causing large-scale melting on the ice shelves on a near annual basis, jeopardizing their stability. Since the frequency of atmospheric river landfalls over West Antarctica has also increased slightly since 1980, it is now essential to focus on the origin of the blocking anticyclones that direct rivers towards Antarctica and analyze their evolution in a warming climate.