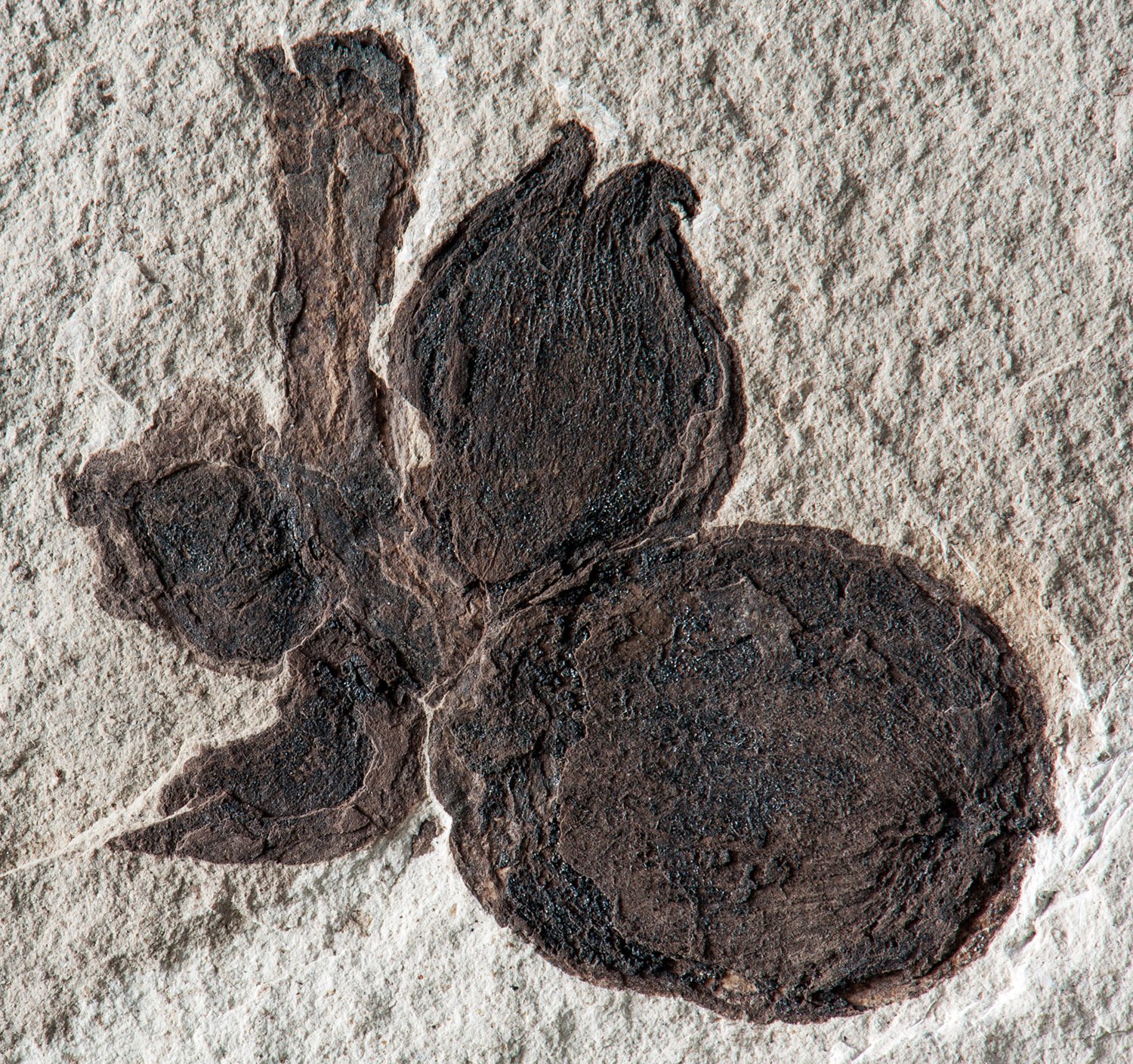 One of the world’s most important plant families has a history extending much farther south than any live or fossil specimen previously recorded, as shown by chinquapin fruit and leaf fossils unearthed in Patagonia, Argentina, according to researchers.

“The oak and beech family is recognized everywhere as one of the most important plant groups and has always been considered northern,” said Peter Wilf, professor of geosciences and associate in the Earth and Environmental Systems Institute, Penn State. “We’re adding a huge spatial dimension to the history of the Fagaceae family, and that’s exciting.” The plant family also includes chestnuts and the closely related chinquapins.

Common in the Northern Hemisphere and Asian tropics, Fagaceae cross the equator only in Southeast Asia, and even there just barely. The latest study, published today (June 7) in Science, extends the family’s biogeographical history and suggests a Gondwanan supercontinent legacy in Asian rainforests larger than previously thought.

For years the researchers hesitated to classify the leaves, because paleobotanist Edward Berry had assigned similar fossils to another family, and any claim of Fagaceae at so remote a location would require much more supporting evidence.

Later, the team unearthed rare fruit fossils — two fruit clusters, one with more than 110 immature fruits — at the site and compared them to living relatives. They found that these were fossils of ancient Castanopsis, an Asian chinquapin that today dominates the biodiverse, lower elevation mountain rainforests of Southeast Asia.

“One of the first clues was a little lip where the fruit is splitting open,” Wilf said. “I recognized this lip as being similar to the fruit of the Japanese chinquapin. Then I realized there’s a nut inside.”

The nuts are fully encased in a scaly outer covering, or cupule, that splits open when the fruits mature. The cupules are arranged on a spike-like fruiting axis, and the young nuts retain delicate parts from their flowering stage. Their features are just like the living Castanopsis, Wilf said, and the fruits confirm that the leaves are Fagaceae.

“This is the first confirmed evidence that Fagaceae, considered restricted to the Northern Hemisphere, was in the Southern Hemisphere,” said Maria Gandolfo, associate professor, Cornell University.

“This is remarkable and allows us to rethink the origins of the fossil flora.”

The fossils date to the early Eocene 52.2 million years ago. They are the only fossilized or living Fagaceae ever found south of the Malay Archipelago, the island chain just north of Australia.

During the globally warm early Eocene there was no polar ice, and South America, Antarctica and Australia had not completely separated, comprising the final stage of the Gondwanan supercontinent. The researchers think animals had helped disperse the chinquapin’s ancestors from North to South America at an earlier time. The plants thrived in the wet Patagonian rainforest, whose closest modern analog is the mountain rainforests of New Guinea.

“Before the current semi-desert conditions, trees covered Patagonia,” said Rubén Cúneo, director of MEF. “Changes in climatic conditions turned it into a shrubland, and the trees were displaced.”

The chinquapins may have also ranged into then-adjacent Antarctica and on to Australia, said Wilf. Castanopsis may have survived in Australia until the continent collided with Southeast Asia, where today chinquapins are keystone species, providing forest structure and food and habitat for birds, insects and mammals.

“We’re finding, in the same rocks as Castanopsis, fossils of many other plants that live with it today in New Guinea and elsewhere, including ferns, conifers and flowering plants,” said Wilf.

“You can trace some of the associations with Castanopsis seen in Eocene Argentina to southern China and beyond.”

Today, Castanopsis plays an important role in intercepting year-round mountain precipitation that delivers clean water for drinking, fishing and agriculture to more than half a billion people and sustains diverse freshwater and coastal ecosystems. However, humans are clearing these rainforests for timber, development and crop cultivation, and modern climate change is increasing droughts and fire frequency.

“These plants are adaptable if given time and space,” Wilf said, adding Castanopsis’ trek from Patagonia to Southeast Asia occurred over millions of years and thousands of miles. “But the pace of change today is hundreds of times faster than in geologic time. The animals that depend on these plants are adaptable only to the extent that the plants are, and we are one of the animals that depend on this system. If we lose mountain rainforests, really fast we lose reliable water flows for agriculture, clean coral reefs offshore, biodiversity and much more.”

This study has implications for extinction in the face of climate change, according to Kevin Nixon, professor and L.H. Bailey Hortorium curator, Cornell University. He said Castanopsis went extinct in Patagonia due to a major extinction caused by the slow cooling and drying of the climate that occurred with the glaciation of Antarctica and the rise of the Andes.

“Those kinds of climate changes can have massive effects on biodiversity,” Nixon said. “The relevance of understanding this is we can start to look at extinction processes. The better we can understand what causes extinction, the better we can deal with it.”