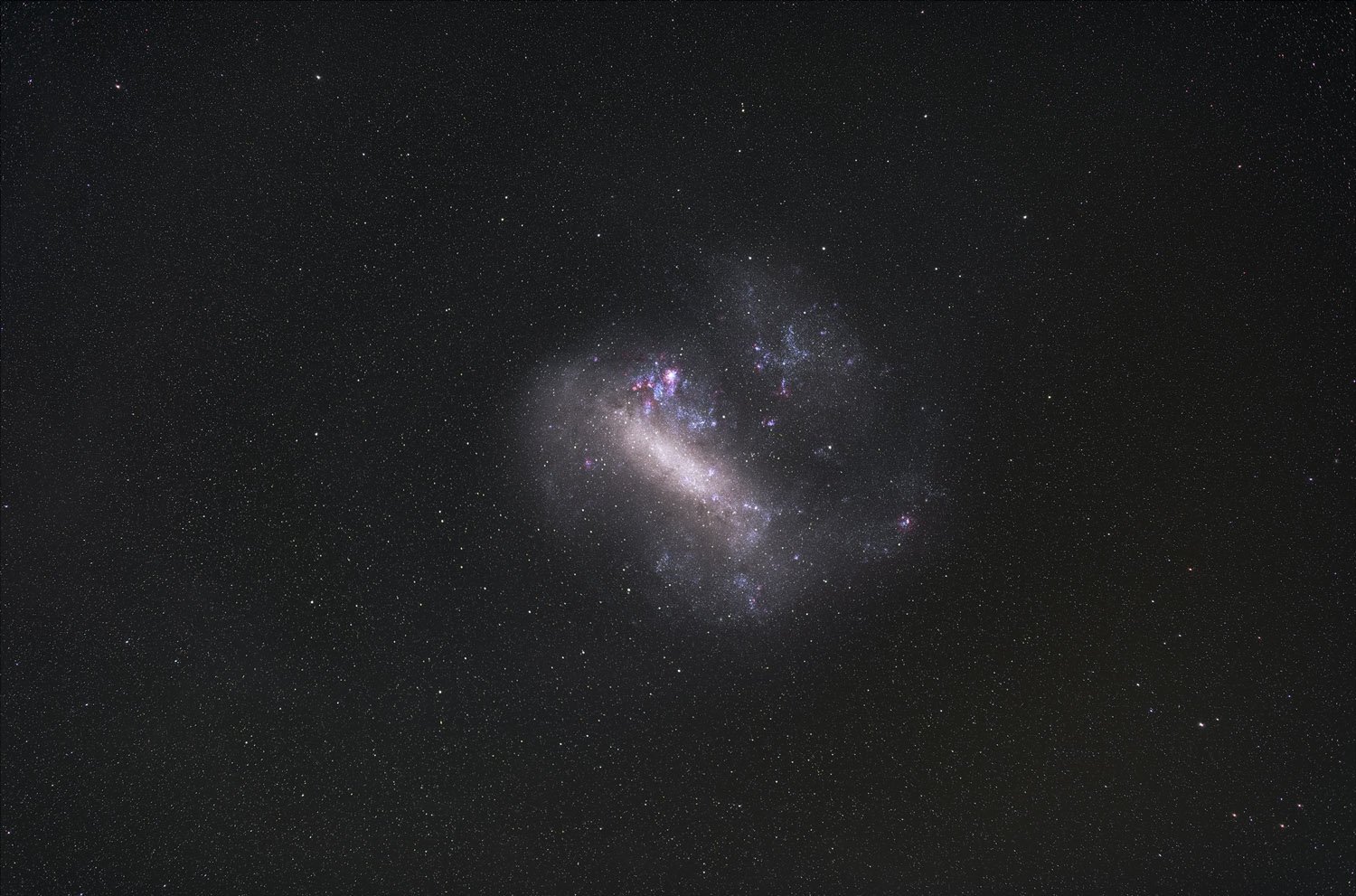 For more than 30 years scientists have been wondering why all the young star clusters in the Large Magellanic Cloud galaxy have compact cores, while the old ones show cores with both small and large sizes. Using the NASA/ESA Hubble Space Telescope, astronomers have found the key to solve the puzzle: they demonstrated that the observed size diversity is determined by the internal dynamical evolution of star clusters. The discovery has been published in the Monday 9th September 2019 issue of the prestigious journal Nature Astronomy and is the result of a study performed by a team of Italian astrophysicists, led by Francesco Ferraro of the Physics and Astronomy Department of the Bologna University.

Previous research on the formation and evolution of star clusters in the Large Magellanic Cloud has suggested these systems tend to form compact and dense before expanding with time to become clusters with both small and large cores. The Italian team demonstrated, instead, that the development of a compact core is the result of their natural internal dynamical evolution.

Globular clusters are aggregates of many (up to a million) stars. They are “alive” systems where the mutual gravitational interactions among stars change their structure over the time (the so-called “dynamical evolution”).

While the age of a person is easily readable in its identity card, determining his/her physical shape is not straightforward. Similarly, determining the formation epoch of a cluster (corresponding to the chronological age of its stars) is relatively simple, while measuring its “dynamical age” (corresponding to the level of dynamical evolution it reached since formation) is much more challenging.

Because of such interactions, heavy stars tend to progressively sink toward the central region of the cluster, while low-mass stars can escape from the system. This yields a progressive contraction of the innermost region (the cluster core), over different timescales (depending from initial and environmental conditions). Thus, clusters with the same chronological age can vary greatly in appearance and shape because of their different “dynamical age”.

Located nearly 160 000 light-years from Earth, the Large Magellanic Cloud (LMC) is a satellite galaxy of the Milky Way, which hosts star clusters covering a wide range of ages. This differs from our own galaxy which primarily hosts star clusters as old as 10 billion years or even more. The distribution of size as a function of age observed for star clusters in the LMC is very puzzling, as young clusters are all compact, while the oldest systems show both small and large sizes.

All star clusters, including in the LMC, have been found to harbor a special class of re-invigorated stars called blue stragglers. They received extra mass and fuel that bulked them up and substantially brightened them. This can happen as a result of a collision with another star, or by pulling matter off a neighbour. Being more massive than the other cluster stars, blue stragglers progressively sink towards the cluster centre, in a process similar to sedimentation. Thus, they turn out to be excellent  “gravitational” particles to probe the level of internal dynamical evolution in star clusters.

Prof. Francesco Ferraro of the University of Bologna in Italy and his team used the Hubble Space Telescope to observe these blue stragglers in five coeval and old LMC star clusters showing different core sizes. The astronomers succeeded in ranking these clusters in terms of the level of dynamical evolution they reached so far.

“We demonstrated that the different core sizes of old star clusters are due to different levels of dynamical ageing: they are in different physical shape despite the fact that they were born at the same cosmic time. This is the very first time that the effect of the dynamical evolution is measured in the LMC clusters” says Ferraro.

“Up to now, the most accepted solution to the dilemma was that all clusters in the LMC formed compact, then they suffered more or less significant expansions of their core driven by populations of binary black holes. Our observations demonstrate, instead, that as time passes, star clusters tend to become more and more compact”, adds co-author Barbara Lanzoni.

“These findings reveal a novel and valued way of reading the observed patterns of LMC star clusters, opening new perspectives for our understanding of the cluster formation history in this nearby galaxy”, says co-author Emanuele Dalessandro.

“As it often happens in science, the answer to the old dilemma poses a new and more fundamental question: why only relative low-mass clusters formed in the last 3 Gyr in the LMC?”, concludes Ferraro.