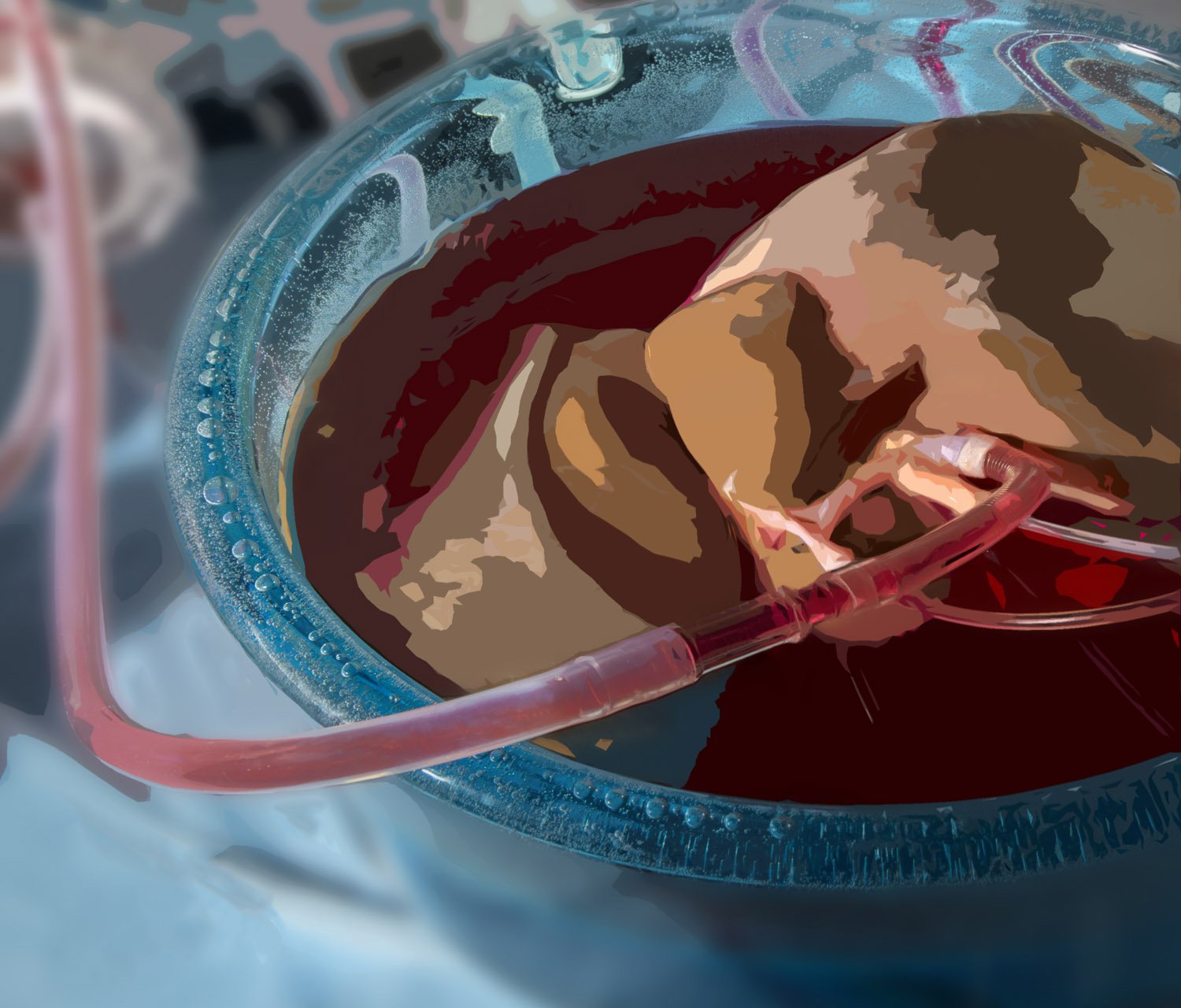 A new method for super-cooling human donor livers to subzero centigrade temperatures without freezing can triple the time that a donor organ stays safe and viable during transportation from the donor to the recipient. This development could greatly expand the availability of healthy livers for transplantation, improve organ utilization, and reduce some of the time pressure on procurement and transplantation teams.

This breakthrough addresses a dire need: because of the current donor organ shortage only about 36,500 of the 730,000 patients with fatal end-stage organ disease receive a life-saving organ transplant each year in the U.S.

The technique developed by Reiner J. de Vries, MD, Shannon N. Tessier, PhD, and Korkut Uygun, PhD from the Center for Engineering in Medicine at Massachusetts General Hospital (MGH) and Harvard Medical School, and their colleagues is described in Nature Biotechnology.

Currently, a donor human liver is kept only about nine hours outside the body – stored on ice in a preservative solution at temperatures ranging from four to eight degrees C (39.2 to 46.4 degrees F) – before the tissues become irreparably damaged and the organ has to be discarded. At colder, subzero temperatures the organ would survive longer; however freezing causes serious damage. This is similar to the damage deep frostbite can cause to skin and extremities and would make the organ not transplantable.

But as the MGH investigators previously demonstrated with rat livers, it’s possible to “supercool” them to -6 °C (21.2 °F) without causing injury to the tissues, extending their preservation time from a matter of hours to a matter of days. The technique was hailed as an “awesome technology” by National Institutes of Health Director Francis Collins, MD, PhD in his “Director’s Blog.”

“With supercooling, as the volume increases it becomes exponentially more difficult to prevent ice formation at sub-zero temperatures,” de Vries says. “So before, there were a lot of experts who said ‘well this is amazing in small rats, but it will not work in human organs’ and now we have successfully scaled it up 200 times from rat to human livers, using a combination of technologies.”

Prior to supercooling, the livers are conditioned to protect them from the cold with a preservative “cocktail” that is delivered via machine perfusion, another technique already in use to improve organs for transplantation. The perfusion ensures that the preservative solution is evenly distributed throughout the organ.

The human livers can then be transported at -4 °C (24.8 °F), and at the transplantation site machine perfusion is again used to carefully warm the livers and bring them out of their state of suspended animation.

Using this technique, the investigators have been able to extend the out-of-body time for livers to 27 hours – long enough for a donated organ to be shipped virtually anywhere in the United States or beyond.

The extra time the technique can buy could make the difference between success and failure of a liver transplant, Tessier says.

“A lot of times when an organ becomes available, there may not be a good match nearby, so in terms of allocation, when you add that extra amount of time that means you can search a wider distance which means you have a better chance of not only finding a good match, but an excellent match,” she says. “And that means that you have less organ discard, get more organs to recipients, and those organs are better matched to the recipients, meaning that organ can have a longer life within the recipient.”