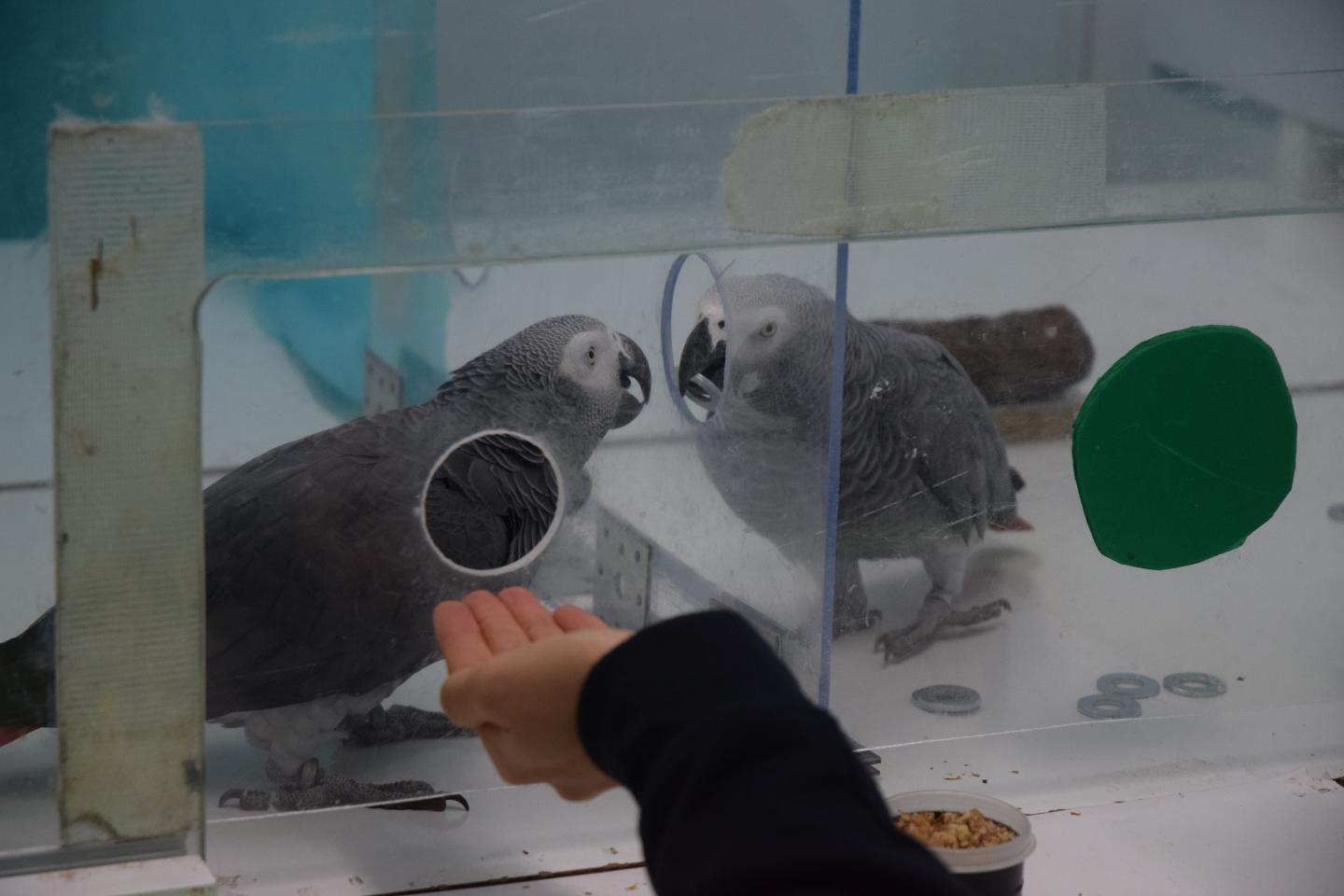 People and other great apes are known for their willingness to help others in need, even strangers. Now, researchers reporting in Current Biology on January 9 have shown for the first time that some birds – and specifically African grey parrots – are similarly helpful.

“We found that African grey parrots voluntarily and spontaneously help familiar parrots to achieve a goal, without obvious immediate benefit to themselves,” says study co-author Désirée Brucks of the Max Planck Institute for Ornithology, Germany.

Parrots and crows are known for having large brains relative to the size of their bodies and problem-solving skills to match. For that reason, they are sometimes considered to be “feathered apes,” explain Brucks and study co-author Auguste von Bayern.

However, earlier studies showed that, despite their impressive social intelligence, crows don’t help other crows. In their new study, Brucks and von Bayern wondered: what about parrots?

To find out, they enlisted several African grey parrots and blue-headed macaws. Both parrot species were eager to trade tokens with an experimenter for a nut treat. But, their findings show, only the African grey parrots were willing to transfer a token to a neighbor parrot, allowing the other individual to earn a nut reward.

“Remarkably, African grey parrots were intrinsically motivated to help others, even if the other individual was not their friend, so they behaved very ‘prosocially,'” von Bayern says. “It surprised us that 7 out of 8 African grey parrots provided their partner with tokens spontaneously – in their very first trial – thus without having experienced the social setting of this task before and without knowing that they would be tested in the other role later on. Therefore, the parrots provided help without gaining any immediate benefits and seemingly without expecting reciprocation in return.”

Importantly, she notes, the African grey parrots appeared to understand when their help was needed. When they could see the other parrot had an opportunity for exchange, they’d pass a token over. Otherwise, they wouldn’t.

The researchers suggest the difference between African greys and blue-headed macaws may relate to differences in their social organization in the wild. Despite those species differences, the findings show that helping behavior is not limited to humans and great apes but evolved independently also in birds.

It remains to be seen how widespread helping is across the 393 different parrot species and what factors may have led to its evolution. The researchers say that further studies are required to investigate the underlying mechanisms of the parrots’ helping behavior. For instance, how do parrots tell when one of their peers needs help? And, what motivates them to respond?