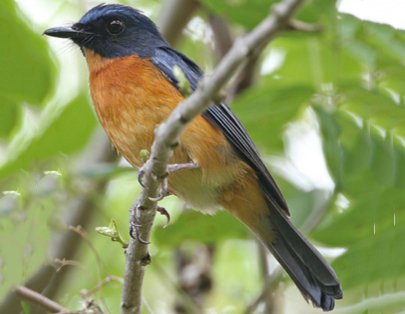 Hidden away on a trio of tiny and under-explored Wallacean islands off the eastern Indonesian coast, researchers discovered 10 new species and subspecies of songbirds, according to a new study, bringing a long-overlooked pocket of local biodiversity to light. The findings mark the largest number of new species identified from such a small geographically confined region in more than a century.

Birds are perhaps the best-known groups of animals on Earth. However, despite the roughly 11,000 presently recognized species, it’s estimated that many thousands more remain undiscovered. Still, identifying new taxa is relatively rare; between 1990-2019 only 161 new species descriptions have been made worldwide – even rarer is the discovery of multiple new species from a geographically restricted area. Here, Frank Rheindt and colleagues report on the combined discovery of five new songbird species and five new subspecies from three islands off the eastern coast of Sulawesi, Indonesia.

During their six-week bird collecting expedition, Rheindt et al. explored the remote islands of Taliabu, Peleng and Batudaka – three out of hundreds in the region – which were targeted based on their geological history and complexity as well as their sparse historic record of biological exploration. According to the authors, similar approaches could be used to identify areas in other regions that could similarly lead to new species discoveries.

“These findings suggest that many biologically underexplored places still exist across the Earth’s surface,” write Jonathan Kennedy and Jon Fjeldsa in a related Perspective.

“Formal species descriptions, such as those by Rheindt et al. are a necessary step towards the initiation of conservation actions that aim to preserve these little-known biotas,” Kennedy and Fjeldsa write