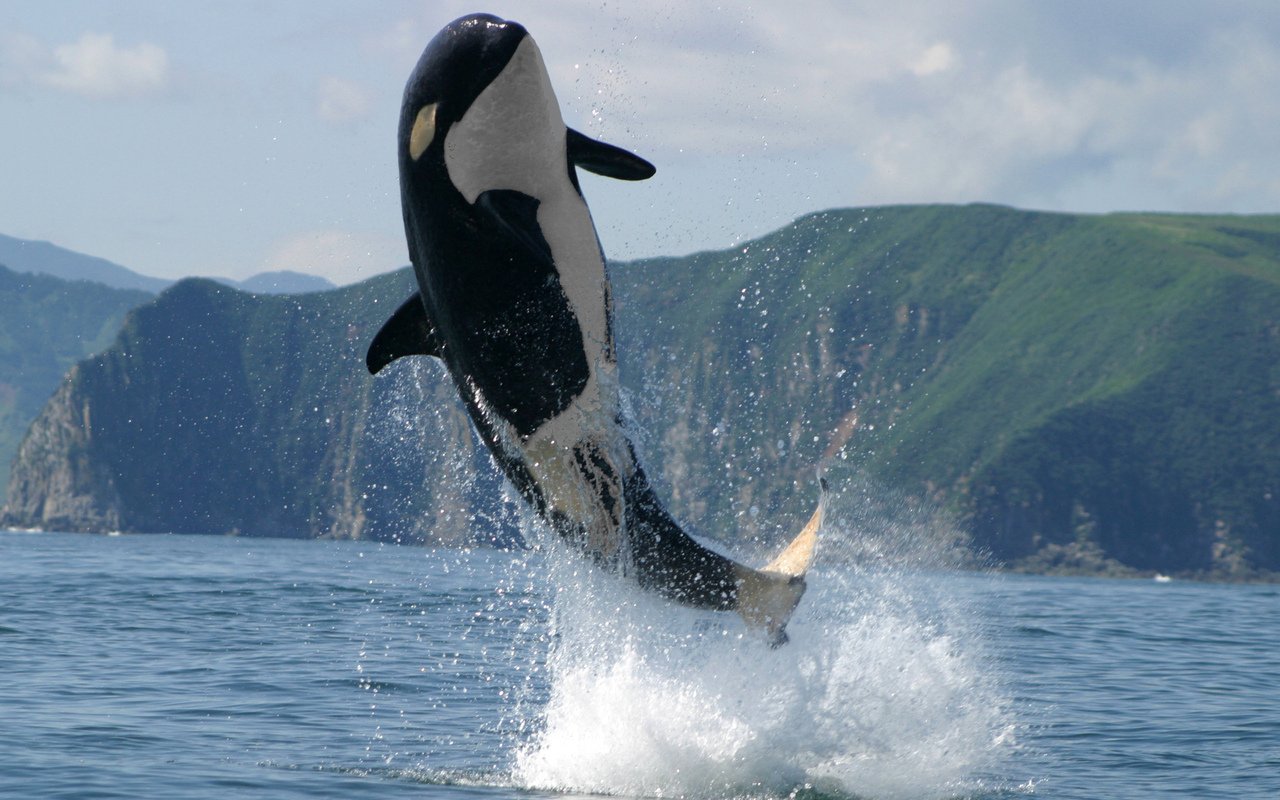 Scientists at the University of British Columbia are getting a rare glimpse into the underwater behaviour of northern and southern resident killer whales off the B.C. coast, with the help of aerial drones.

The unique footage, filmed in collaboration with the Hakai Institute, will help researchers determine if endangered southern residents are getting enough of their preferred prey, Chinook salmon, to meet their nutritional needs. The insights will inform conservation and recovery efforts for the population that has dwindled to under 75 individuals.

“In order to help these whales, we need to know more about them – how they hunt, how they forage and where their food is,” said Andrew Trites, project lead and director of the Marine Mammal Research Unit (MMRU) at UBC’s Institute for the Oceans and Fisheries. “This is the first time drones have been used to study killer whale behaviour and their prey. It’s allowing us to be a fly on the wall and observe these animals undisturbed in their natural settings.”

Over the course of three weeks in August and September, the team monitored pods of southern and northern resident killer whales in the Salish Sea and off the central coast of B.C.

“We were very lucky with conditions the whole trip and came back with ten hours of footage,” said Keith Holmes, drone pilot for the Hakai Institute. “Normally, we were flying between 100 and 200 ft. above the whales, often higher. They didn’t seem to notice the drone at all.”

“We observed a northern resident mother with her new calf,” said Trites. “From the boat, we could tell they were swimming near each other. But it was only from the drone that we could see how much they were constantly touching and socializing with each other.”

But unlike their southern counterparts, the northern population has increased significantly – albeit slowly – since the 1970s, and is now estimated at over 300 individuals.

“It was amazing to see the southern residents zig-zagging along the surface as they chased and caught Chinook salmon,” said Sarah Fortune, a postdoctoral fellow at MMRU. “Observing both populations of killer whales means we’ll be able to compare the foraging conditions and hunting behaviours of the two groups and see whether it is more difficult for southern residents to capture prey.”

“A key part of this puzzle is figuring out where their prey is,” said Mei Sato, a research associate at MMRU. “We used hydro-acoustics to eavesdrop on the fish and gather information about the number and depth of Chinook salmon available to killer whales in the area.”

Over the coming months, the team will analyze their data and try to build a comprehensive picture of resident killer whale feeding behaviour.

“I keep thinking back to the beauty of the mother and calf interacting with each other,” said Trites. “It really drives home what’s at stake for these whales if we don’t figure out what’s going on.”

The project is part of the federally-funded Whale Science for Tomorrow initiative, with additional funding and support from the Province of British Columbia, the Pacific Salmon Foundation, the Hakai Institute and Vancouver Whale Watch.