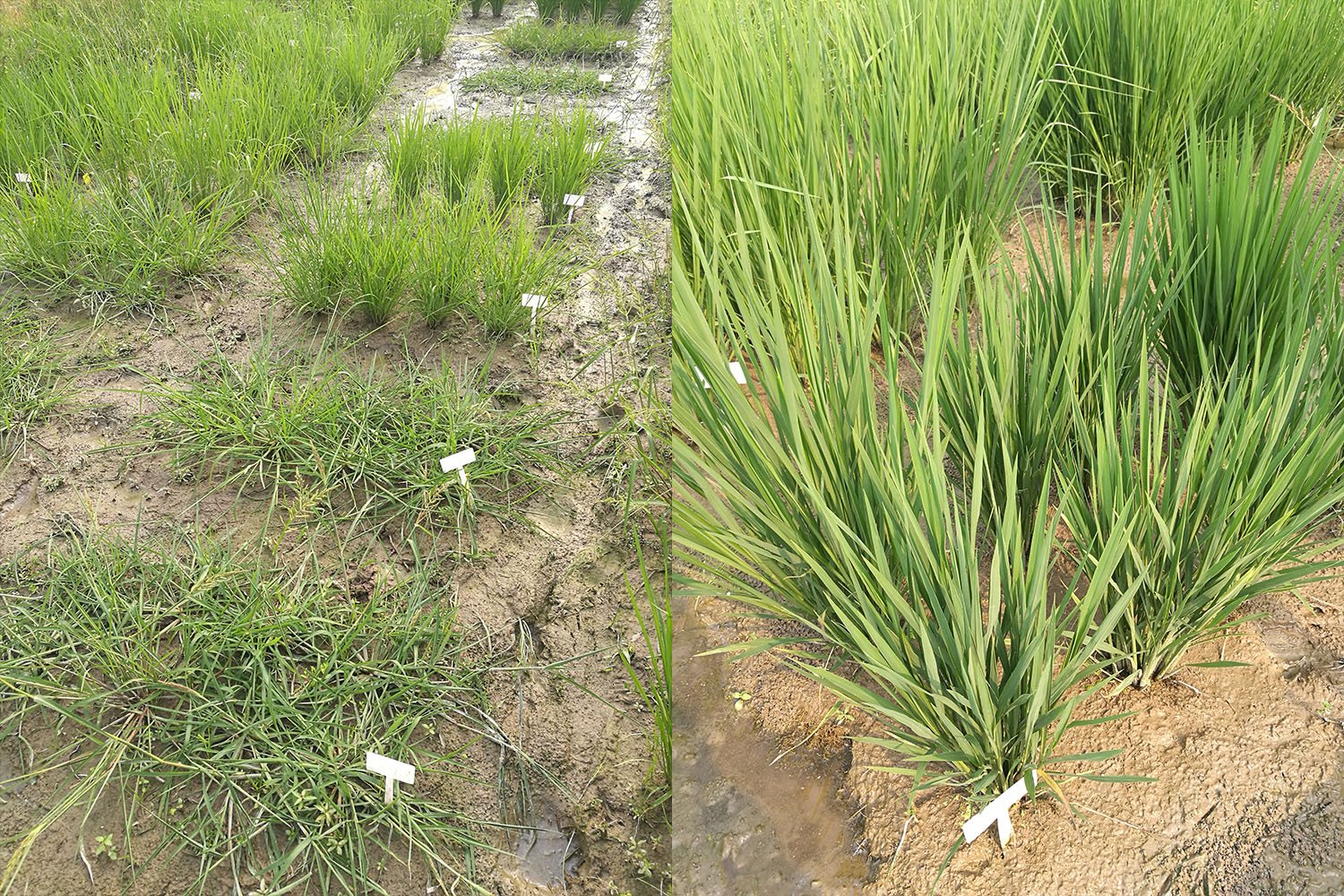 Mimicry usually happens in natural environments rather than in agricultural environments, because it takes a long time to arise a mimicry phenotype. Crop mimicry or Vavilovian mimicry may be the only example with human as the predator or dupe during the mimicry process. It is thus a unique mimicry model, different from others, such as Batesian or Müllerian mimicry.

About ten years ago, I collected my first genetic material of the Echinochloa species (barnyardgrass) from paddy field, where I did rice breeding every year. At that moment, I was just wondering why the weed looks so similar to rice plants and maybe I should have its genome sequenced to know the underlying genetic basis responsible for the similar phenotype! Since then, I started to collect diverse Echinochloa species from China and abroad and also started a long journey to sequence their genomes. Up to now, we have collected over 1,000 worldwide accessions with help from friends in the weed science community (they call me a crop “invader”). In 2017, we finished the first genome of the Echinochloa species, E. crus-galli, the most important weed in paddy field (Guo et al., 2017. Nature Communications). With this reference genome in hand, it is now possible to compare the E. crus-galli genomes with and without “rice face” in our big collection.

Since 2013, we have been investigating phenotypes of our Echinochloa collections in paddy field every year. In 2017, we started investigation of mimicry phenotype. In that year, we investigated over 800 E. crus-galli accessions collected from China in the experimental paddy field, treated them just as rice materials with the strict standards of a genetic experiment! You can imagine that it is a huge experiment in which each accession was replicated by three times. Almost all members of my lab were involved in recoding phenotypes and collecting tissues for DNA extraction. The weeds grew very quickly so our action had to keep pace with their growth. Eventually, two months’ hard-work paid off and we collected the data we expected.

To confirm the phenotyping results, we repeated the field experiment again in 2018. In order to have more detailed data for each accession, we had to focus on the ~250 core accessions from our collections.

QTL mapping is a very important genetic approach (so-called top-down approach) to decode the genetic loci for mimicry of Echinochloa weeds. Although some genetic mechanisms have been revealed by this paper via the population genetics approach (so-called bottom-up approach). However, a lot of works still need to be done to pin down all genetic loci contributing to mimicry of the Echinochloa weeds. With the help of Prof. Kennth Olsen at Washington University, we are developing an experimental genetic population for mimicry phenotype using two E. crus-galli parental lines with and without “rice face”. We hope we can map the rice mimicry QTLs in near future.