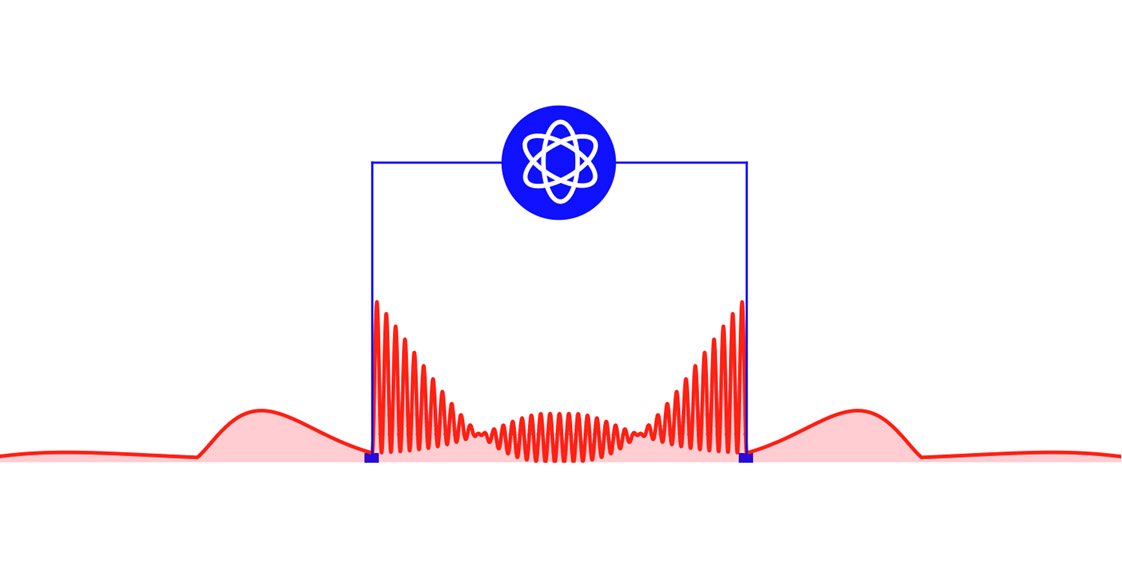 An international research group has observed new quantum properties on an artificial giant atom and has now published its results in the high-ranking journal Nature Physics. The quantum system under investigation apparently has a memory – a new finding that could be used to build a quantum computer.

The research group, consisting of German, Swedish and Indian scientists, has investigated an artificial quantum system and found new properties. The experiments were done at Chalmers University of technology (Sweden) and the theory was done by Dr. Lingzhen Guo at Max Planck Institute for the Science of Light (MPL) in Erlangen. The measured effect has never been observed on a single quantum system.

The giant atom is made up of a so-called superconducting quantum interference device (SQUID) loop attached to an antenna: the transmon qubits, which are the quantum computer equivalent of a bit in a classic computer. Using the piezoelectric effect, the scientists were able to excite the giant atom with acoustic waves. This “earthquake at the nano level” changes the energy state of the system. When the absorbed energy was released, the team observed an incredible phenomenon.

While a normal atom releases its energy quickly after it is excited, the giant artificial atom reacts differently: it appears to have a memory.

Lingzhen Guo from Florian Marquardt’s division at the Max Planck Institute for the Science of Light summarizes the observation: “First the energy level flattens out, only to come back to life a short time later and give off another energy boost. This is a sign that the giant atom interacts with its past from the environment. This is where we observed a memory effect at single-atom level.”

The giant atoms could be used to build a quantum computer. These computers, which in theory are unimaginably powerful, have the potential to revolutionize computer technology. It has been suggested that the intrinsic time-delayed feedback of giant atoms could be exploited to generate cluster states for universal measurement-based quantum computation requiring considerably less hardware resources than gate-based approaches.

The head of the international team is Prof. Per Delsing from Chalmers University of Technology in Sweden. He works mainly in the field of artificial atoms and superconducting qubits, with the aim of constructing a quantum computer.