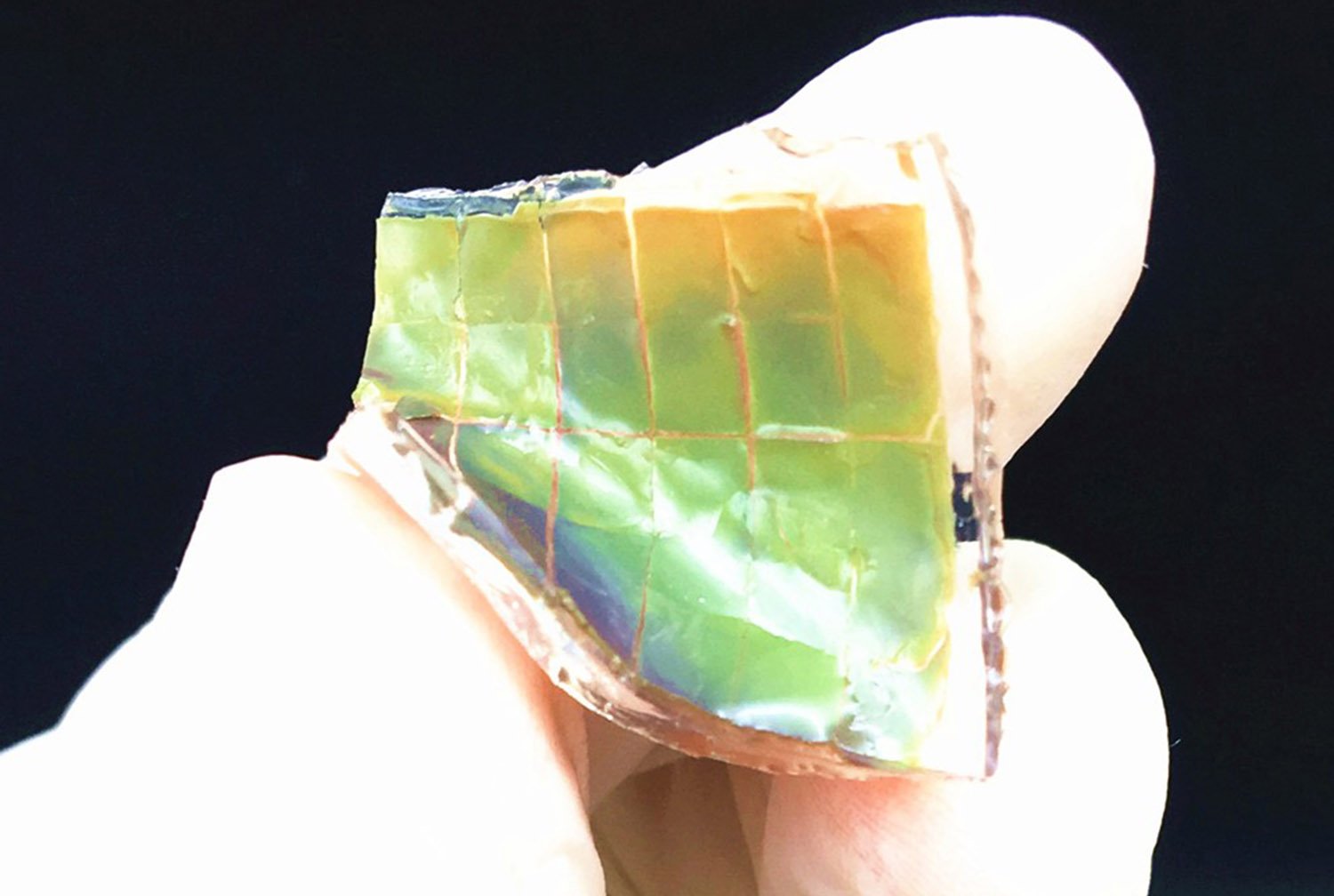 Some creatures, such as chameleons and neon tetra fish, can alter their colors to camouflage themselves, attract a mate or intimidate predators. Scientists have tried to replicate these abilities to make artificial “smart skins,” but so far the materials haven’t been robust. Now, researchers reporting in ACS Nano have taken a page from the chameleon’s playbook to develop a flexible smart skin that changes its color in response to heat and sunlight.

The hues of chameleon skin rely not on dyes or pigments as most colors do, but instead on arrays of tiny structures known as photonic crystals. Light reflects from these microscopic surfaces and interferes with other beams of reflected light, producing a color. The hue changes when the distance between photonic crystals varies – for example, when a chameleon tenses or relaxes its skin. To mimic these natural abilities, scientists have embedded photonic crystals in flexible materials, such as hydrogels, and changed their colors by contracting or expanding the material like an accordion. However, these large fluctuations in size can strain the materials and cause them to buckle. Khalid Salaita and colleagues wanted to take a closer look at chameleon skin and use what they learned to design a strain-accommodating smart skin.

By watching time-lapse images of chameleon skin, the researchers noticed that only a small fraction of skin cells actually contain photonic crystal arrays, while the rest are colorless. The team reasoned that the colorless cells might help accommodate the strain when the photonic crystals contract and expand. Inspired by this observation, the researchers patterned arrays of photonic crystals in a hydrogel and then embedded these arrays in a second, non-color-changing hydrogel that acted as a supporting layer. Upon heating, the resulting material changed color but remained the same size. The smart skin also altered its hue in response to natural sunlight, similar to how a tetra fish does. The new material could someday find applications in camouflage, signaling and anti-counterfeiting, the researchers say.