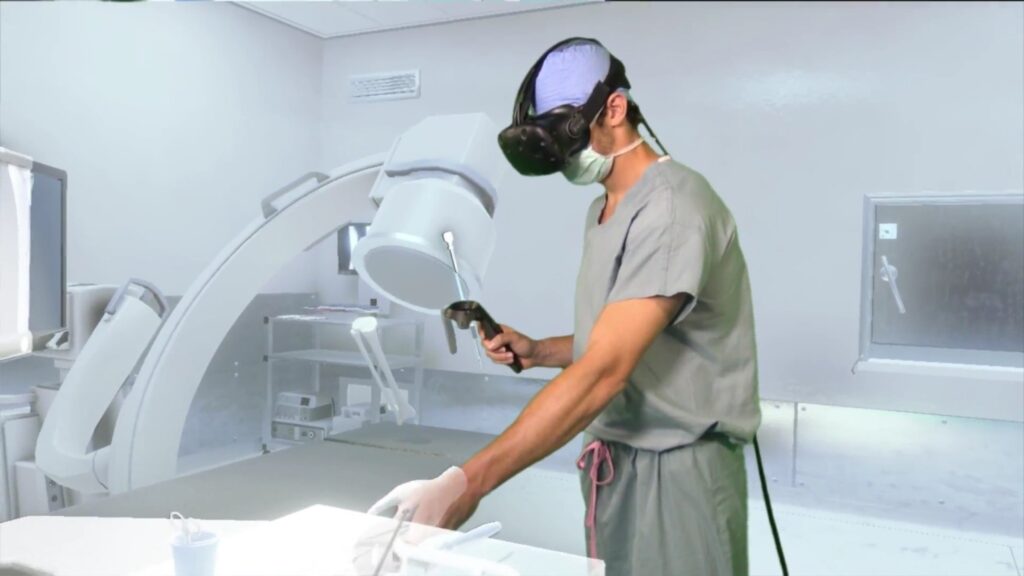 A UCLA-led study has found that using three-dimensional virtual reality models to prepare for kidney tumor surgeries resulted in substantial improvements, including shorter operating times, less blood loss during surgery and a shorter stay in the hospital afterward.

Previous studies involving 3D models have largely asked qualitative questions, such as whether the models gave the surgeons more confidence heading into the operations. This is the first randomized study to quantitatively assess whether the technology improves patient outcomes.

The 3D model provides surgeons with a better visualization of a person’s anatomy, allowing them to see the depth and contour of the structure, as opposed to viewing a two-dimensional picture.

The study was published in JAMA Network Open.

“Surgeons have long since theorized that using 3D models would result in a better understanding of the patient anatomy, which would improve patient outcomes,” said Dr. Joseph Shirk, the study’s lead author and a clinical instructor in urology at the David Geffen School of Medicine at UCLA and at the UCLA Jonsson Comprehensive Cancer Center. “But actually seeing evidence of this magnitude, generated by very experienced surgeons from leading medical centers, is an entirely different matter. This tells us that using 3D digital models for cancer surgeries is no longer something we should be considering for the future – it’s something we should be doing now.”

In the study, 92 people with kidney tumors at six large teaching hospitals were randomly placed into two groups. Forty-eight were in the control group and 44 were in the intervention group.

“Visualizing the patient’s anatomy in a multicolor 3D format, and particularly in virtual reality, gives the surgeon a much better understanding of key structures and their relationships to each other,” Shirk said. “This study was for kidney cancer, but the benefits of using 3D models for surgical planning will translate to many other types of cancer operations, such as prostate, lung, liver and pancreas.”