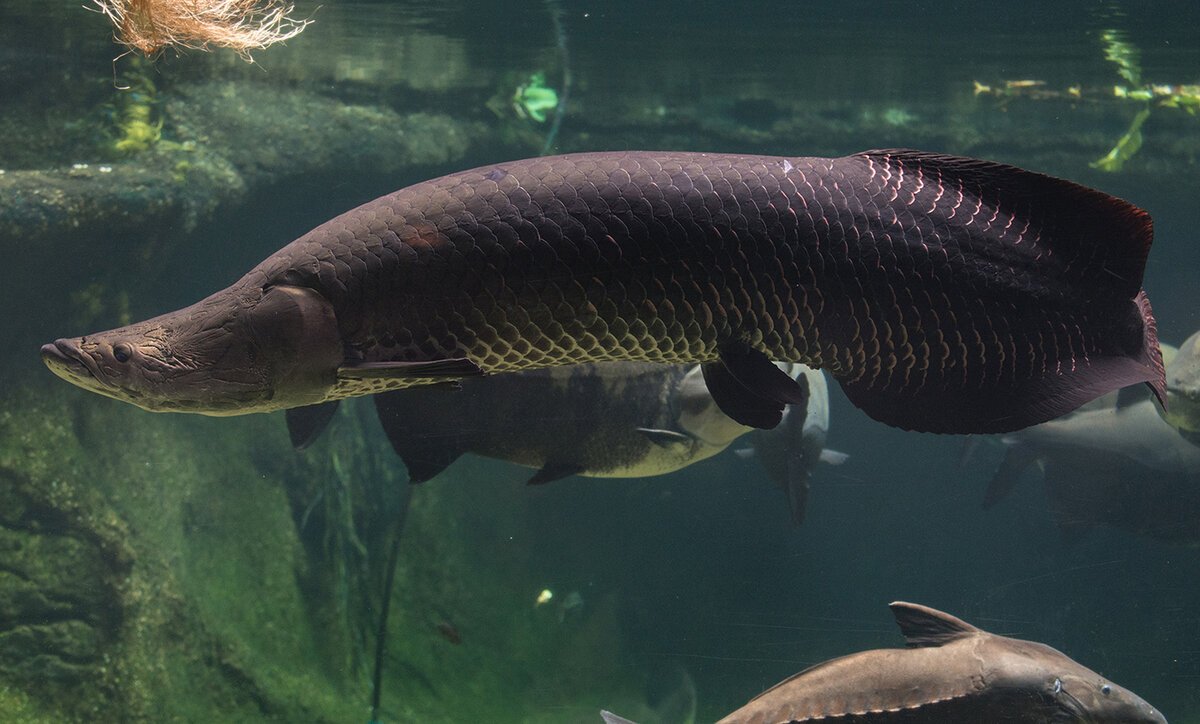 Arapaima gigas is a big fish in a bigger river full of piranhas, but that doesn’t mean it’s an easy meal. The freshwater giant has evolved armor-like scales that can deform, but do not tear or crack, when a piranha – which has one of the animal kingdom’s most powerful bites – attacks. Researchers from UC San Diego and UC Berkeley describe the unique properties of the Amazonian Arapaima skin and its potential for man-made materials October 16 in the journal Matter.

Arapaima‘s adaptation naturally solves a problem that engineers face when attempting to develop synthetic armors. Arapaima‘s scales have a tough, yet flexible, inner layer bound by collagen to its mineralized outer layer of scales. Similarly, bullet-proof vests are made of several layers of flexible webbing sandwiched between layers of hard plastic. But man-made materials are bound using a third adhesive material, whereas the fish’s scales are bound on an atomistic level; they grow together, weaving into one solid piece.

“A window may appear strong and solid, but it has no give. If something attempted to puncture it, the glass would shatter,” says senior author Robert Ritchie, a materials scientist at UC Berkeley. “When nature binds a hard material to a soft material, it grades it, preventing this shattering effect. And in this case, the binding structure is mineralized collagen.”

Other fish use collagen like Arapaima does, but the collagen layers in Arapaima scales are thicker than in any other fish species. The scales alone are each as thick as a grain of rice. Co-authors Yang, Quan, Meyers, and Ritchie hypothesize that this thickness is the secret to the fishes’ defense.

They tested this by soaking cracked Arapaima scales in water for 48 hours, then slowly pulling the edges apart while adding pressure to a central point. As they added pressure, they observed that the part of the mineralized, hard outer layer expanded, cracked, then gradually peeled off. The scales then localized the crack, containing it and preventing damage from spreading in the twisting structural collagen layer. If the pressure did break through to the collagen, it deformed the layer instead of breaking it.

If humans can develop a flexible hierarchical structure that behaves like the collagen layer in the fish scales, Ritchie says that better, potentially impermeable, synthetic armors can be made. But he also acknowledges that this reality may be a number of years down the line.

Until then, Ritchie’s team will investigate how Arapaima‘s scales have adapted to prevent penetration from piranha bites as well as how nature behaves this way in other species.