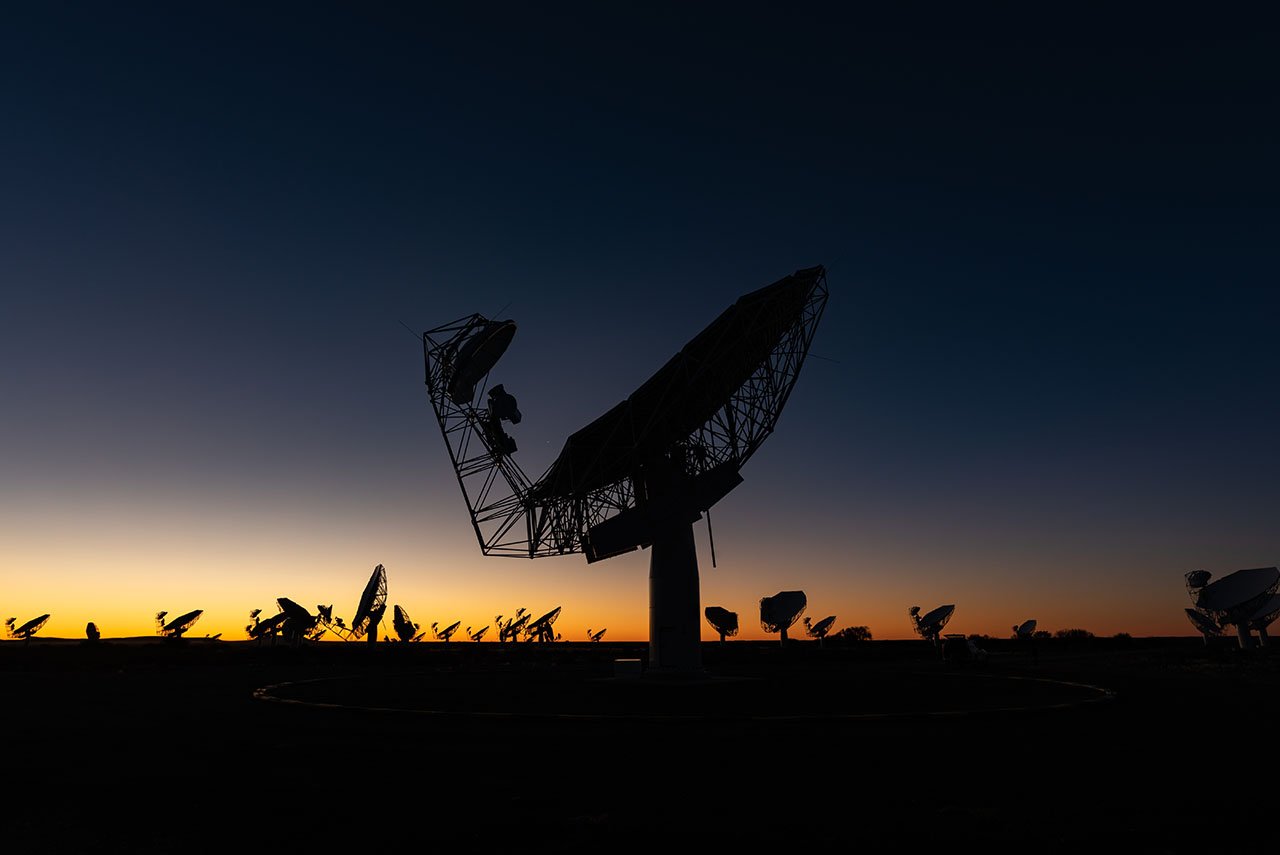 The South African Radio Astronomy Observatory (SARAO) today announced the selection of 38 South African-led projects that will use the MeerKAT radio telescope in the Northern Cape. These range from studies of Proxima Centauri, the nearest star to the Sun, to investigations of hydrogen gas, the fuel that makes up stars, half-way across the Universe. The leaders of these projects range from students to senior professors based at 10 South African universities and National Research Foundation National Facilities.

Ten years ago, with MeerKAT in the planning stages, the Department of Science and Technology’s SKA South Africa project issued a world-wide call for proposals to use the future telescope. Eight large projects then selected will use two-thirds of the available telescope time. The remaining observing time on the world-class telescope is to be allocated through periodic opportunities for so-called ‘open time’ observing proposals. Following a community-based review, the projects announced today were selected from the 47 received in response to the first MeerKAT open time call, issued by SARAO in late 2018.

“We knew that the growing South African radio astronomy community was keen to use this magnificent telescope in novel ways,” says SARAO Chief Scientist Dr Fernando Camilo, “and indeed we received many good proposals with clever ideas.” Twelve of the projects are led by young postdoctoral researchers. “While we expected postdocs to lead some proposals, we were surprised and very gratified to receive five proposals led by post-graduate students – including some of the very best! This bodes well for the future of South African radio astronomy,” says Camilo.

According to SARAO Managing Director Dr Rob Adam “a decade ago, such a call for South African-led projects would have resulted in a handful of proposals”. But while designing and building MeerKAT, “in parallel we invested in the people, developing a human capital development programme closely tied to the science and engineering of MeerKAT and its associated technologies,” says Adam. “This directly accounts for the success we see today, with this large number of young South Africans poised to use one of the world’s great research instruments.”