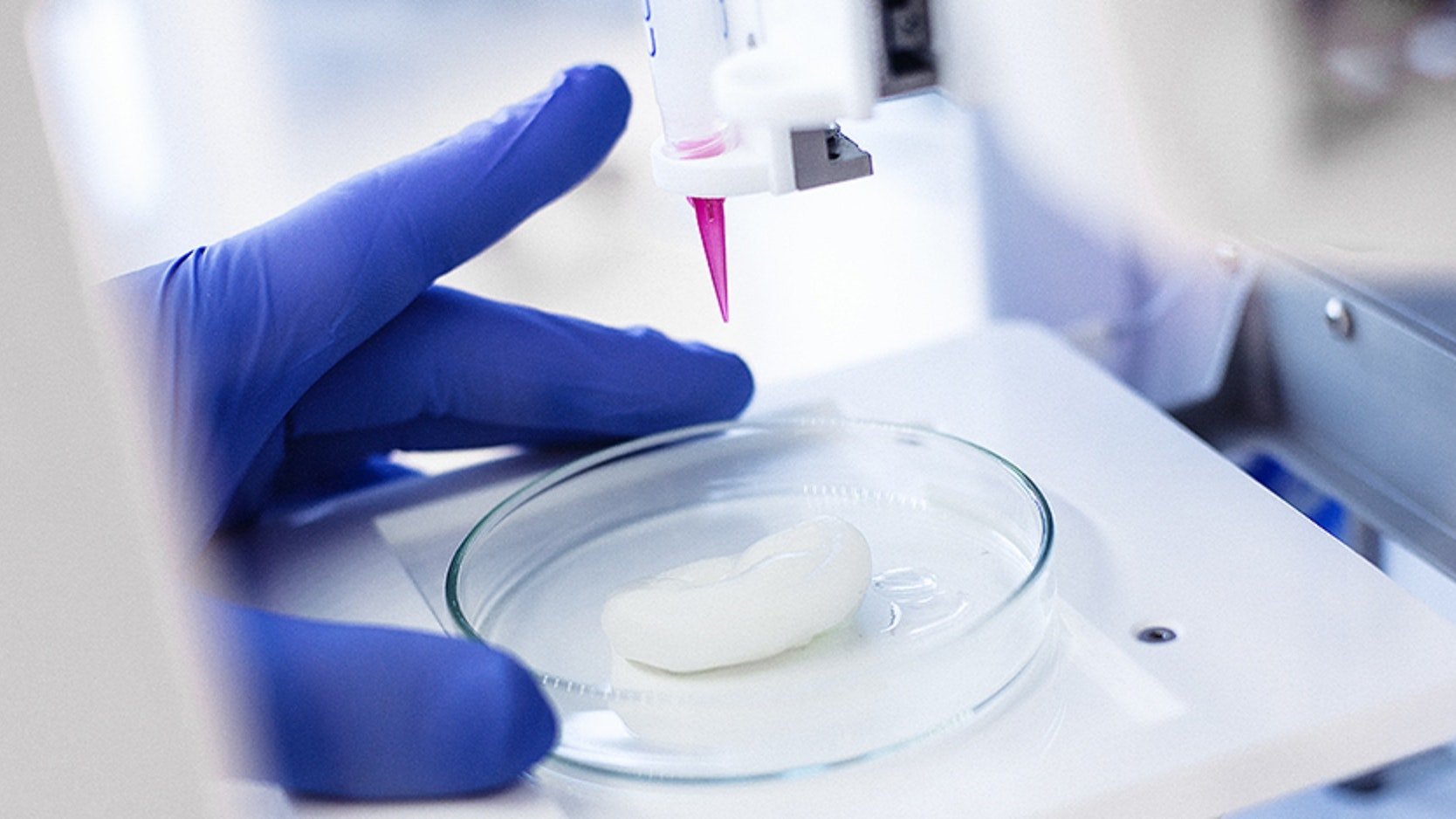 3D printers can be used to make a variety of useful objects by building up a shape, layer by layer. Scientists have used this same technique to “bioprint” living tissues, including muscle and bone.

Bioprinting is a relatively new technology that has advanced mostly by trial and error. Scientists are now using the laws of physics and predictive computer modeling to improve these techniques and optimize the bioprinting process. These new advances are reviewed in the June 4 issue of Applied Physics Reviews, from AIP Publishing.

The most widely used bioprinters are extrusion, inkjet and laser-based printers. Each type involves slightly different physics, and each has its own advantages and disadvantages.

Said co-author Ashkan Shafiee, “The only way to achieve a significant transition from ‘trial and error’ to the ‘predict and control’ phase of bioprinting is to understand and apply the underlying physics.”

An extrusion printer loads a material, known as bioink, into a syringe and prints it by forcing the ink out with a piston or air pressure. The bioink may be a collection of pure living cells or a suspension of cells in a hydrogel or a polymer. Inkjet bioprinters function in a similar way but use either a piezoelectric crystal or a heater to create droplets from a small opening. Laser printers focus a laser beam on a ribbon, where a thin layer of bioink is spread, and results in high cell viability.

Biological products created by bioprinting are generally not immediately usable. While the printer may create an initial configuration of cells, these cells will multiply and reassemble into a new configuration. The process is similar to what occurs when an embryo develops, and cells fuse with other cells and sort themselves into new regions.

Computer modeling techniques were developed in the mid-2010s to optimize the post-printing self-assembly step of bioprinting, where small fragments of tissue are delivered into a supporting material with the desired biological structure’s shape, such as an organ, with bioink. The small fragments then develop further and self-assemble into the final biological structure.

The model involves equations that describe the forces of attraction and repulsion between cells. The authors showed that simulations using this method — known as cellular particle dynamics, or CPD — correctly predict the pattern in which a collection of cells will assemble after the initial printing step.