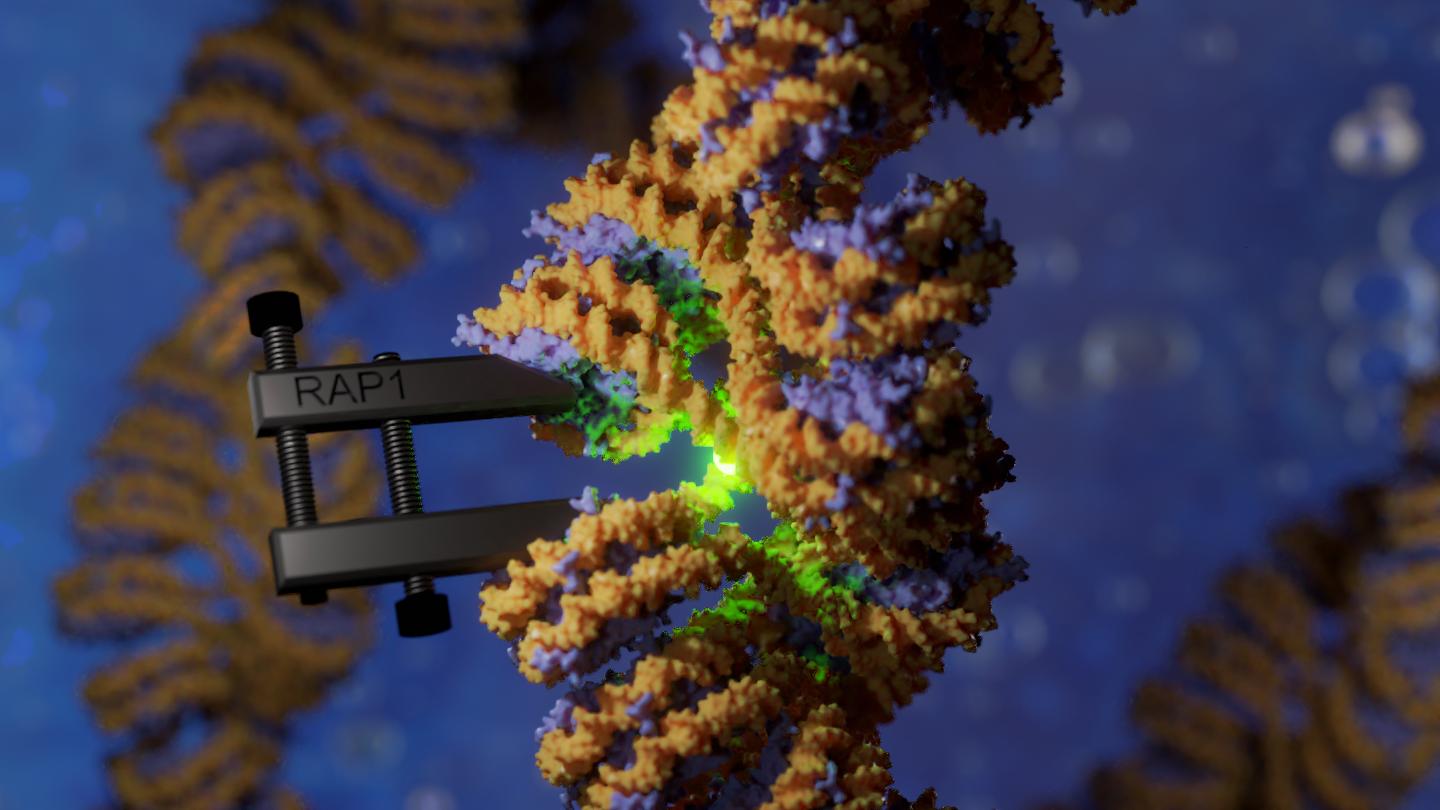 The DNA of a single cell is 2-3 meters long end-to-end. To fit and function, DNA is packaged around specialized proteins. These DNA-protein complexes are called nucleosomes, and they are a small part of a larger structure called chromatin. Nucleosomes can be thought of as the cell’s DNA storage and protection unit.

When a particular gene needs to be expressed, the cell requires access to the protected DNA within chromatin. This means that the chromatin structure must be opened and the nucleosomes must be removed to expose the underlying target gene.

This takes place in the orchestrated process of “chromatin remodeling”, which regulates gene expression and involves a multitude of actors. Unravelling this pivotal step not only furthers our fundamental understanding, but may also help in the development of genetic engineering tools.

Now the lab of Beat Fierz at EPFL, has been able to uncover the first steps in the chromatin-opening process at the level of a single molecule, using a combination of chemical biology and biophysical methods. Published in Molecular Cell, the work looks at the role of a group of proteins called “pioneer transcription factors”. These proteins bind to specific DNA regions within chromatin that are themselves shielded from other proteins. Little is known about how these factors overcome the barriers of the chromatin maze.

Fierz’s lab looked at yeast, which is a model organism for human genetics. The method involved replicating the architecture of yeast genes, combined with single-molecule fluorescence. The researchers studied a yeast pioneer transcription factor called Rap1, and found that it choreographs chromatin remodeling, allowing access to other proteins required for gene expression that were previously obstructed.

To do this, Rap1 first binds chromatin and then influences the action of a large molecular machine called “Remodeling the Structure of Chromatin” (RSC), displacing nucleosomes and paving the way to the now-exposed DNA for other proteins involved in controlling gene expression.

By revealing the physico-chemical mechanism of how Rap1 gains access to chromatin and opens it up, the EPFL study proposes a biological model for other pioneer transcription factors, but also provides the tools for investigating them at the level of a single molecule.