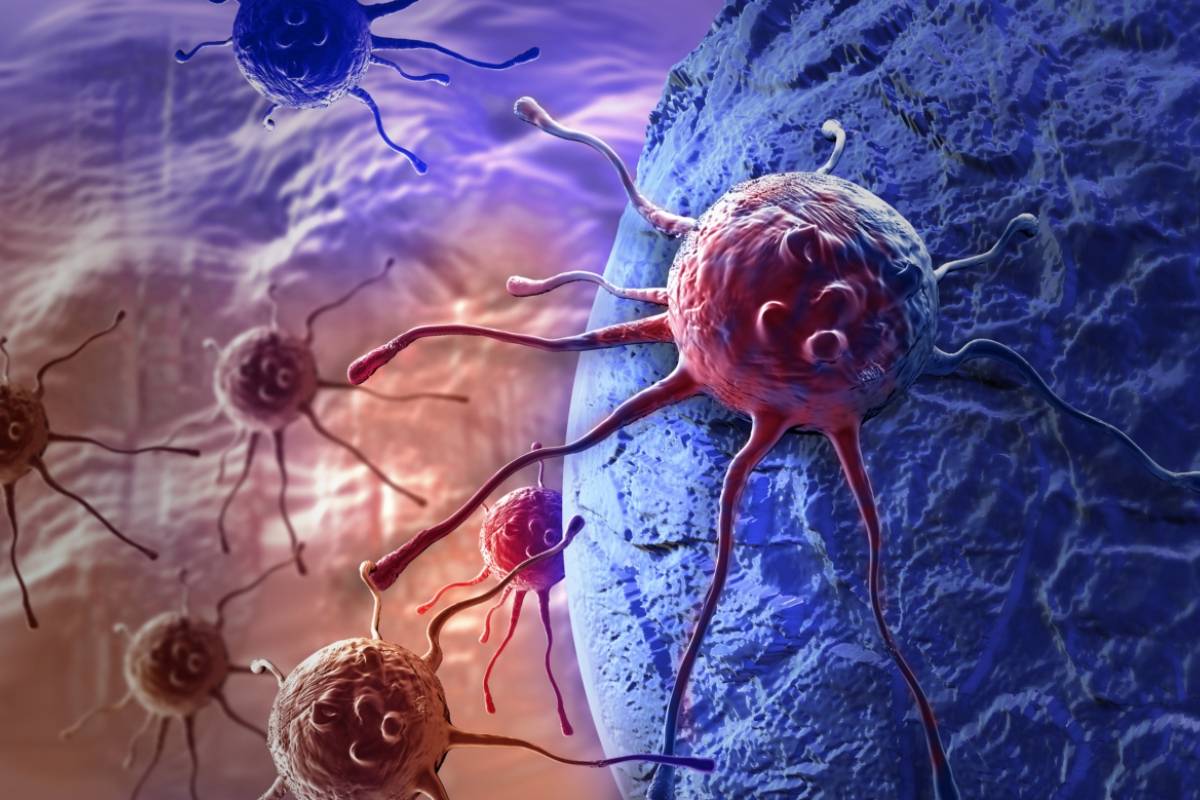 A new study, led by researchers at the University of Chicago, provides an answer to why cancer cells consume and use nutrients differently than their healthy counterparts and how that difference contributes to their survival and growth.

All cells need to generate energy to keep living, but cancer cells have an increased demand for energy in order to grow and multiply quickly. Understanding how different types of cells fuel themselves, or metabolize, is an attractive area of study because new drugs could be developed to interrupt and exploit the process. Metabolism also plays a role in the responsiveness of immune cells that protect against harmful pathogens, such as viruses, bacteria and the body’s own cells that have changed, such as cancerous cells. Until recently, the intricacies surrounding how cellular metabolism affects the cell’s function have eluded biologists for decades.

The new study, published in the October 23 issue of Nature, shows that lactate, an end product of metabolism, changes the function of an immune cell known as a macrophage, thereby rewiring it to behave differently.

Almost 90 years ago, German physiologist and physician Otto Warburg first posed the question about why some cells consume nutrients differently. He knew that normal cells use oxygen to turn food into energy through a process called oxidative phosphorylation. But when he observed cancer cells, he saw that they preferred to fuel their growth through glycolysis, a process that involves consuming and breaking down glucose for energy. The phenomenon was coined “the Warburg effect.” Its discovery laid the foundation for the field of cancer metabolism and earned Warburg the Nobel Prize in 1931.

Lactate, the end-product of the Warburg effect, has long been considered a metabolic waste product. More recent studies showed that lactate can regulate the functions of many cell types, such as immune cells and stem cells. Thus, lactate is not simply a waste product, but may be a key regulator of cell functions in Warburg-associated diseases. Despite this progress, the mechanisms by which lactate controls cellular functions remains unknown, representing a fundamental and long-standing question in the field. And, because the Warburg effect occurs in virtually all cancers, unraveling its mechanisms presents a rare opportunity to develop new targeted therapies that could have broad implications for many types of cancer.

“What makes the Warburg effect so interesting to study is that it’s an important and common cancer phenomenon, but no one ever understood if this process has regulatory functions on diverse types of cells in a tumor, and how,” said Yingming Zhao, PhD, professor in the Ben May Department for Cancer Research at the University of Chicago and the lead author of the study. “As a technologist and biochemist, I enjoy figuring out how we can answer exciting questions like this and figure out details.”

Zhao and Lev Becker, PhD, an associate professor at UChicago, used a laboratory technique called mass spectrometry to analyze the mechanisms driving the Warburg effect. They noticed that lactate, a compound generated during this process, also plays a non-metabolic role. Lactate is the source and stimulator of a new type of histone modification, which they termed histone lactylation.

Histones are a group of proteins found in eukaryotic cell nuclei that organize DNA into structural units and control which genes are expressed. In turn, those particular genes determine cell type and function. The researchers demonstrated that histone lactylation alters these structural units to change the combination of genes expressed and functions of macrophages, white blood cells that play an important role in infections and cancer.

Lactate production by macrophages is triggered by bacterial infection or by lack of adequate oxygen supply (hypoxia) in tumors, both of which stimulate glycolysis. Using bacterially-exposed macrophages as a model system, the researchers found that histone lactylation alters the cells from a pro-inflammatory and anti-bacterial state (known as M1) to an anti-inflammatory and reparative state (known as M2).

In response to bacterial infection, macrophages must react rapidly with a substantial pro-inflammatory burst to help kill bacteria and recruit additional immune cells to the infection site. During this process, macrophages switch to aerobic glycolysis, which is thought to support generation of pro-inflammatory immune substances called cytokines. However, the researchers show that over time, this metabolic switch also increases lactate, which stimulates histone lactylation to express stabilizing genes that may repair collateral damage to the host incurred during infection.

“That a single metabolite can have such a powerful effect on immune cell function is both remarkable and surprising,” Becker said. “Our discovery of histone lactylation and its impact on macrophage biology serves as a blueprint to understand how lactate alters other cell types and unravel the mysteries of the Warburg effect and its impact on human disease.”

The authors said studying these effects on macrophages is just the beginning. They speculate that cancer cells and other immunological cells, such as T cells, could be regulated by this mechanism. In addition to cancer, the Warburg effect is also observed in other diseases, including sepsis, autoimmune diseases, atherosclerosis, diabetes and aging. More research is needed on the role and regulation of this new histone modification, but the discovery draws an exciting link between cellular metabolism and gene regulation that was previously unknown and could have promising implications for human health.