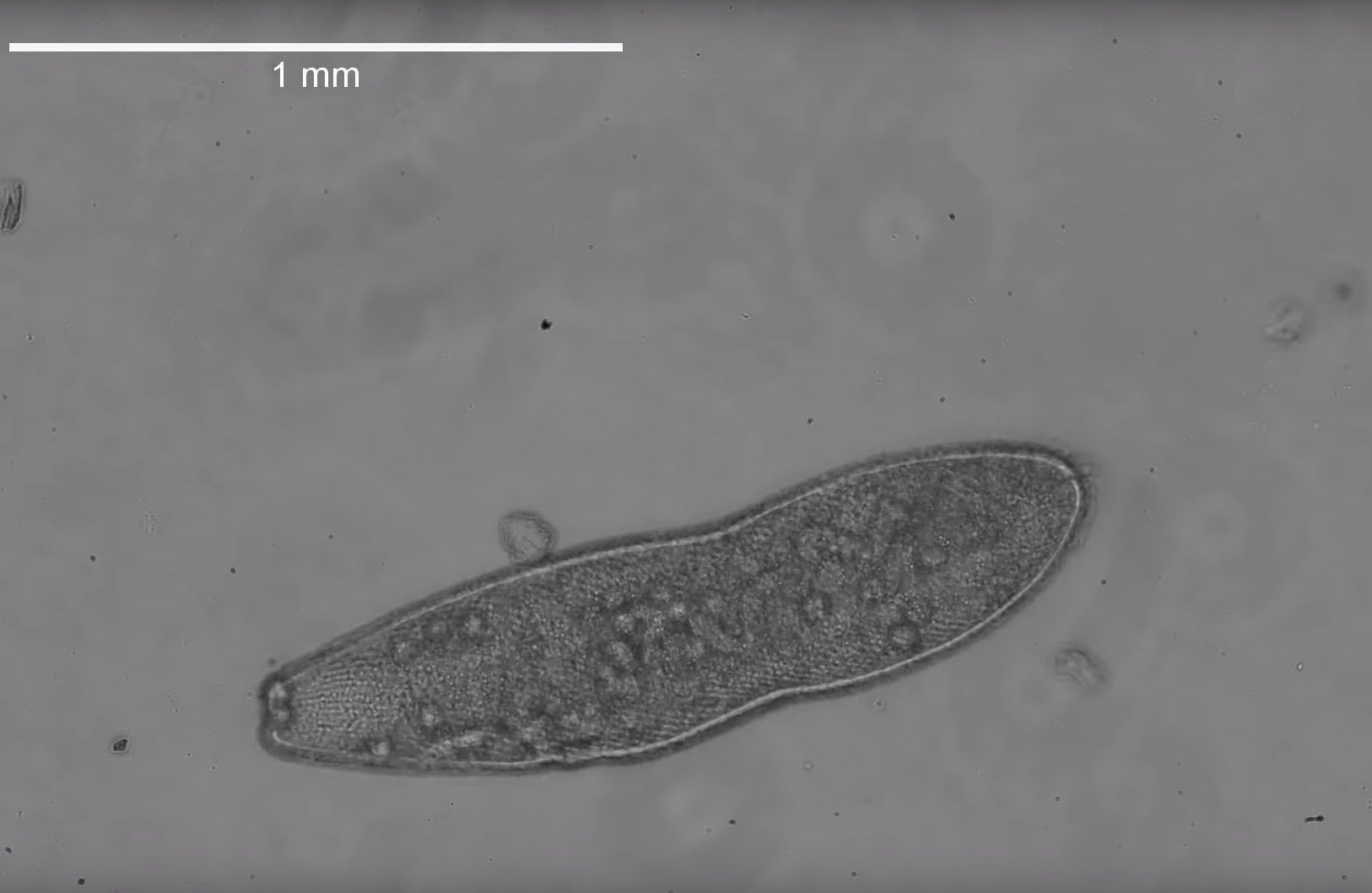 Crouching in the boot-sucking mud of the Baylands Nature Preserve in Palo Alto, Manu Prakash, associate professor of bioengineering at Stanford University, peered through his Foldscope – a $1.75 origami microscope of his own invention – scrutinizing the inhabitants of the marsh’s brackish waters. With his eye trained on a large single-cell organism, called Spirostomum, he watched it do something that immediately made it his next research subject.

“I still remember for the very first time, seeing this organism swim by under the Foldscope,” said Prakash. “This is a massive cell but it contracts in less than a blink of an eye, accelerating faster than almost any other single cell. When you aren’t expecting it, it’s like it disappears. I remember being so excited, I had to bring the cells back to the lab and take a careful look.”

This observation, made through a simple tool only five miles from Prakash’s lab, has now led him and colleagues to the discovery of a new form of communication between cells, which they detail in a paper published July 10 in Nature. Without touching and without electrical or chemical signals, individual Spirostomum can coordinate their ultrafast contractions so closely that groups of them appear to shrink simultaneously – a reaction to predators that makes them release paralyzing toxins in sync.

“There are many different ways of communication in biology but this is really a new kind of signaling between cells that we’re trying to understand,” said Arnold Mathijssen, a postdoctoral scholar in the Prakash lab and lead author of the paper. “It’s possible this is more universal than we’ve described so far and is a way many different kinds of organisms communicate.”

From benches to black holes

The Prakash lab gathers wild samples of various tiny organisms from an area they call Peggy’s Bench – so named for a nearby memorial bench – and they’ve been coming here for years, often a couple times a week. Mixed salt and fresh waters, changing tides and bird migrations make the marsh a potential biodiversity hot spot. Although, Prakash knew none of that when he first visited.

“Lake Lagunita had dried out and I was looking for a new place to sample,” recalled Prakash, referring to a small seasonal lake on Stanford campus. “I looked in the GPS map on my phone and I saw this blue spot. I didn’t know anything about it in the beginning, but it was worth a try.”

Back in the lab, the group studied wild samples of Spirostomum while also growing their own cultures of Spirostomum ambiguum, and began a deep dive into details of this ultra-fast contraction. Using high-speed imaging, they found it happens in 5 milliseconds – the human eye takes 100-400 milliseconds to blink – and that the cell endures about 14 times the force of gravity in the process. As it shrinks, pouches of toxin break off from the cell’s edges and release their contents into the surrounding fluid.

During one late night in the lab, the researchers also noticed that, when in clumps, the cells seemed to all contract at the same time.

“We wondered, ‘How can cells that are almost centimeters away from each other synchronize to do something almost simultaneously?’” said Saad Bhamla, a former postdoctoral fellow in the Prakash lab who is now an assistant professor at Georgia Tech.

The researchers solved this mystery by applying insights from separate research being conducted by Deepak Krishnamurthy, another graduate student in the Prakash lab, on how an individual cell can sense the movement of water around it. Once they observed the flow fields around Spirostomum, it became clear that they were communicating via hydrodynamic flows.

“The first cell contracts and generates a flow, which triggers the second and that one triggers the third. So, you get this propagating trigger wave that passes through the whole colony,” described Mathijssen. “These are big, long-range vortex flows and the velocities of the communication rise up to meters per second – even though each cell is only 1 to 4 millimeters long.”

Mathijssen figured out what triggers the first cell to contract through an experiment that Prakash and Krishnamurthy had already built for Krishnamurthy’s research. By sucking liquid ever so carefully out of a small hole in a pair of slides containing S. ambiguum, Mathijssen mimicked the eating action of its predators. The closer to the hole the cell moved, the more one end of its body was stretched relative to the other – as happens when an object approaches a black hole. With this simple and relatively large-scale experiment, researchers determined that a specific amount of bodily tension likely causes the opening or closing of tension gated ion channels within S. ambiguum, making it contract.

Where the wild things are

The Prakash lab and Bhamla lab continue to work on S. ambiguum to learn more about how, when and why these cells contract. They also want to know whether the hydrodynamic communication they’ve discovered is used by other organisms, because in nature both generating and sensing flows is essential for survival. As part of this research and other work, the Prakash lab has been regularly returning to Peggy’s Bench.

“Even though this spot was an accidental discovery for me, we’re working on several projects in the lab that have been inspired by what we’ve collected right here,” said Prakash, while standing at the edge of the marsh. “This work is just one example of many hidden gems we can find when we step outside the lab – and literally anyone with simple frugal tools, like Foldscope, can uncover and start exploring.”

In the near future, Prakash is planning an extensive biodiversity survey in the marsh where they collect Spirostomum, which would include setting up a microscope-based live feed video of their subjects’ watery world and bringing undergraduate students to explore this swampy field.