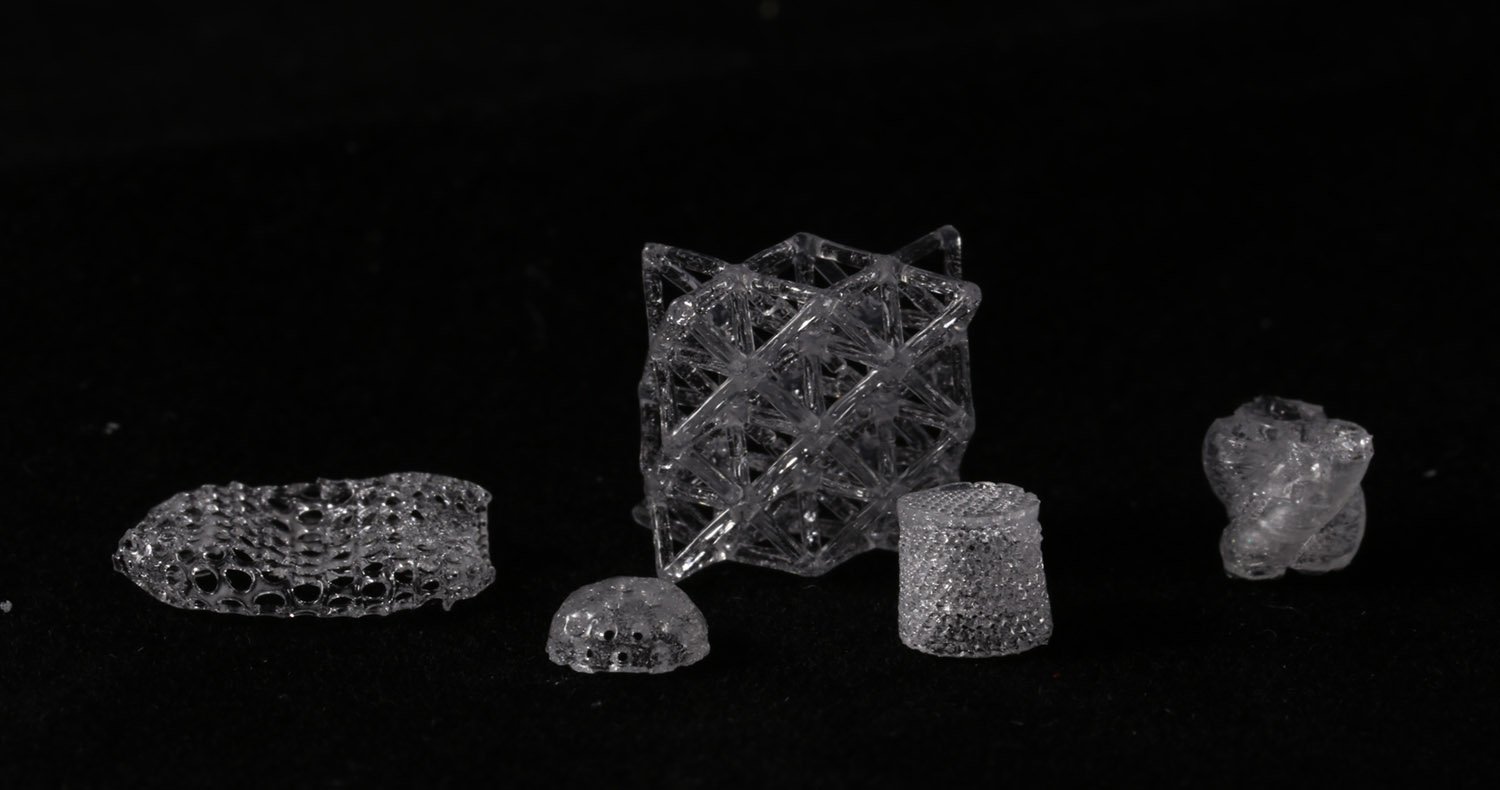 Stereolithography, one of the most common three-dimensional printing technologies, comprises several advantages over traditional processing approaches: mass-customization, high complexity and little-to-no waste material. However, this technique has so far remained inaccessible to processing of functional glass structures. Now, researchers at ETH Zürich have developed a bioinspired approach to 3D print transparent glass structures using conventional digital light processing (DLP) printers. Using this approach, geometries with far greater complexities can be obtained than what is achievable with commercial glass manufacturing techniques. Because the research has been conducted using a readily available precursors and a commercial desktop printer and oven, it should be easy for the broader additive manufacturing and open source communities to adopt this new material and digitally design and fabricate bespoke glass components. Thus, the technology is expected to be a game-changer in glass manufacturing industry by allowing small scale production of customized glass objects.

Stereolithography was invented in the mid-1980s as the first 3D printing technology but due limitations of the available material chemistries, it has only recently been established as a widespread additive manufacturing. During the process layers of a liquid resin are sequentially solidified through UV light exposure to form a 3D object. However, only dedicated acrylate-based resin are available for printing of transparent objects, resulting in limited thermal and chemical stability. By contrast, glass stability has long been known to mankind and its manufacturing dates back to Egyptian times. From the invention of glass-blowing in the ancient world to the recent mechanization of blowing and casting processes, glass manufacturing has remained a highly laborious endeavour. Although automation and process innovations have increased the reproducibility, properties and quality of glass products, the symmetric and predominantly flat geometries achieved through these approaches remain remarkably limited compared to the intricate shapes that can be produced by manual artistic glass work. In the context of glasses, stereolithography has the potential to reconcile the automation of modern industrial process with even higher geometric complexity than is accessible by manual artistic labour.

With this goal in mind, researchers from the Complex Materials group at ETH Zürich, managed to print transparent glass objects with arbitrary geometric complexity from a mixture of multicomponent glass precursors and acrylate monomers. To achieve high printing resolution, the researchers relied on the phase separation of the liquid resins. Spinodal decomposition during photopolymerization generates a bicontinuous morphology that is eventually arrested by the polymerization process. The researchers found that the phase separation enables the printing of truly complex 3D geometries through the formation of a continuous polymer network that is strong enough to withstand the mechanical stresses of the printing process. In a subsequent heating treatment, the complementary ceramic network is strengthened and its organic counterpart is burned off leaving a porous ceramic body. The final sintering step taking place at temperatures below the melting point of glass, yields a dense, transparent glass object. Additionally, the researchers discovered that by spatially controlling the grey-scale intensity of the digital light projection, the rate of polymerization and thus the morphology of the bicontinuous phases can be also tuned on a voxel basis, which has an effect on the densification kinetics of the part during sintering.

A rich variety of inorganic precursors can potentially be structured into porous or dense glasses and glass-ceramics using this additive manufacturing technique. With the high-resolution, complex geometries and locally tunable structure of the multicomponent glasses demonstrated in this work, the proposed 3D printing platform presents a step towards combining the high level of automation offered by modern digital fabrication processes with the accurate control over shape and chemistry traditionally achieved by manual labour to create glass objects.