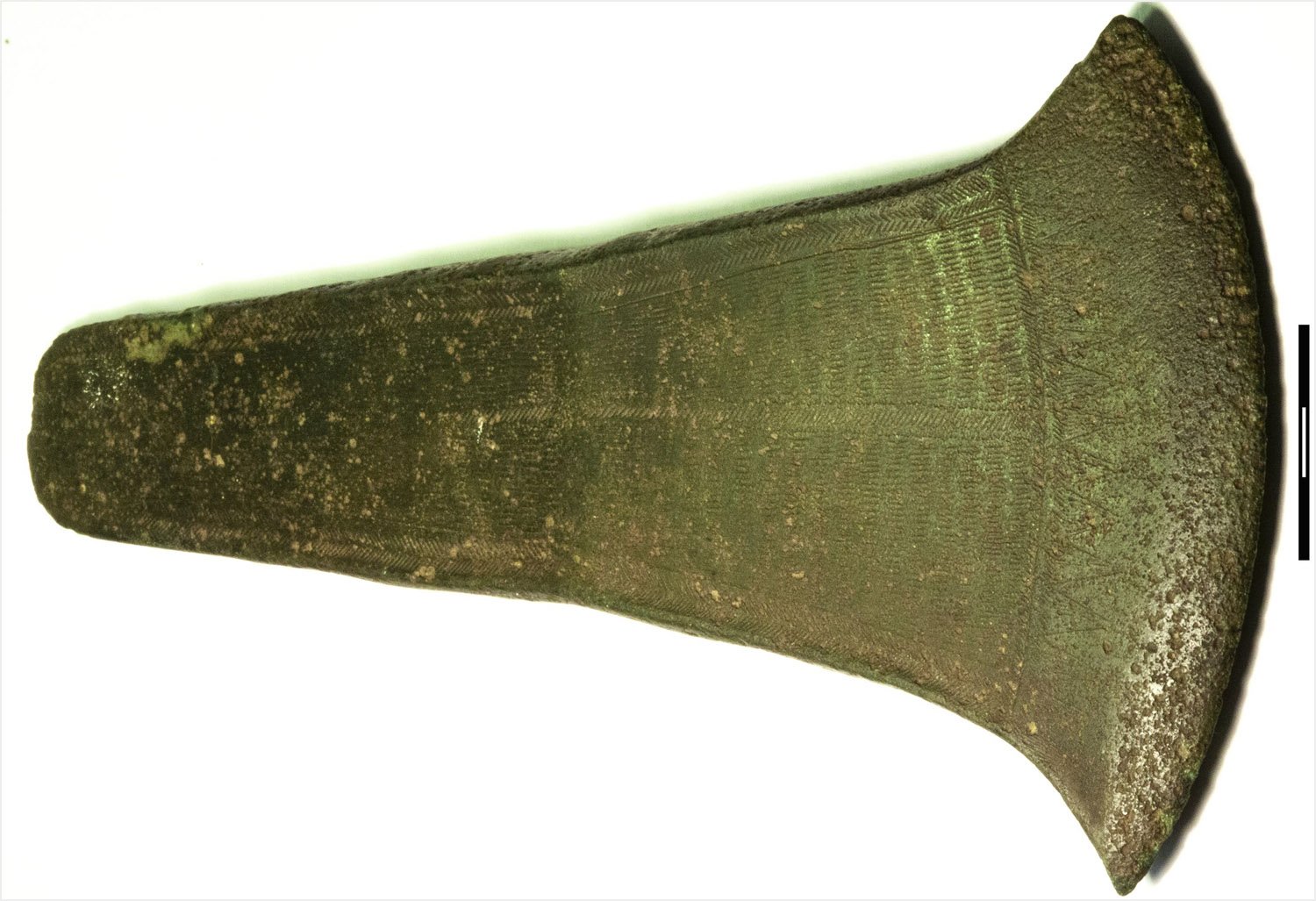 The geographic origins of the metals in Scandinavian mixed-metal artifacts reveal a crucial dependency on British and continental European trading sources during the beginnings of the Nordic Bronze Age, according to a study published July 24, 2019 in the open-access journal PLOS ONEby Heide W. Nørgaard from Aarhus University, Denmark, and colleagues.

2000-1700BC marks the earliest Nordic Bronze Age, when the use and availability of metal – specifically tin and copper, which when alloyed together creates bronze – increased drastically in Scandinavia. The authors performed isotope and trace-element analyses on 210 Bronze Age artifact samples, predominantly axeheads, originally collected in Denmark and representing almost 50% of all known existing Danish metal objects from this period.

The results of these analyses reveal the trading networks established to import raw metals as well as crafted weapons into Scandinavia via two major maritime trade routes: one leading down across the Baltic Sea towards the Ún?tice (a Bronze Age civilization in what is now eastern Germany and Bohemia), and another leading to the British Isles.

The predominance and importance of the trade of British axes to Scandinavia is underscored by the data showing particular isotopic signatures as well as their high tin contents with relatively pure copper used in many of the western-style axes studied. The authors also uncovered an unexpected predominance of Slovakian copper, and suggest that Ún?tice traders acted as middlemen to ship this desirable copper to Scandinavia.

The results provide new evidence for the earliest Bronze Age period in Scandinavia as distinct from the previous Neolithic period (prior to 2000BC) and the later “breakthrough” period of the Nordic Bronze Age, characterized by highly-sophisticated bronzework (1600-1500BC).

The analyses on these artifacts reveal metal recycling was common: smiths repeatedly hacked up imported and local metal objects to recast them for new local products. The metal mixing in this early period is distinct from the alloying of copper with tin to create high-quality bronze, though the authors also found evidence of rather pure copper (sourced from the eastern Alps) beginning to be used this early: this characteristic copper would become crucial to Scandinavian smiths during the breakthrough Bronze Age period to come.

The authors add: “4000 years ago, Britain and Central Europe supplied copper and tin to Denmark, which has no metal sources of its own. Instead finished metal objects were imported and recast to fit local tastes. In this creative process at the onset of the rich Nordic Bronze Age mixing of the original sources took place. This conclusion is prompted by robust archaeological and geo-chemical data.”