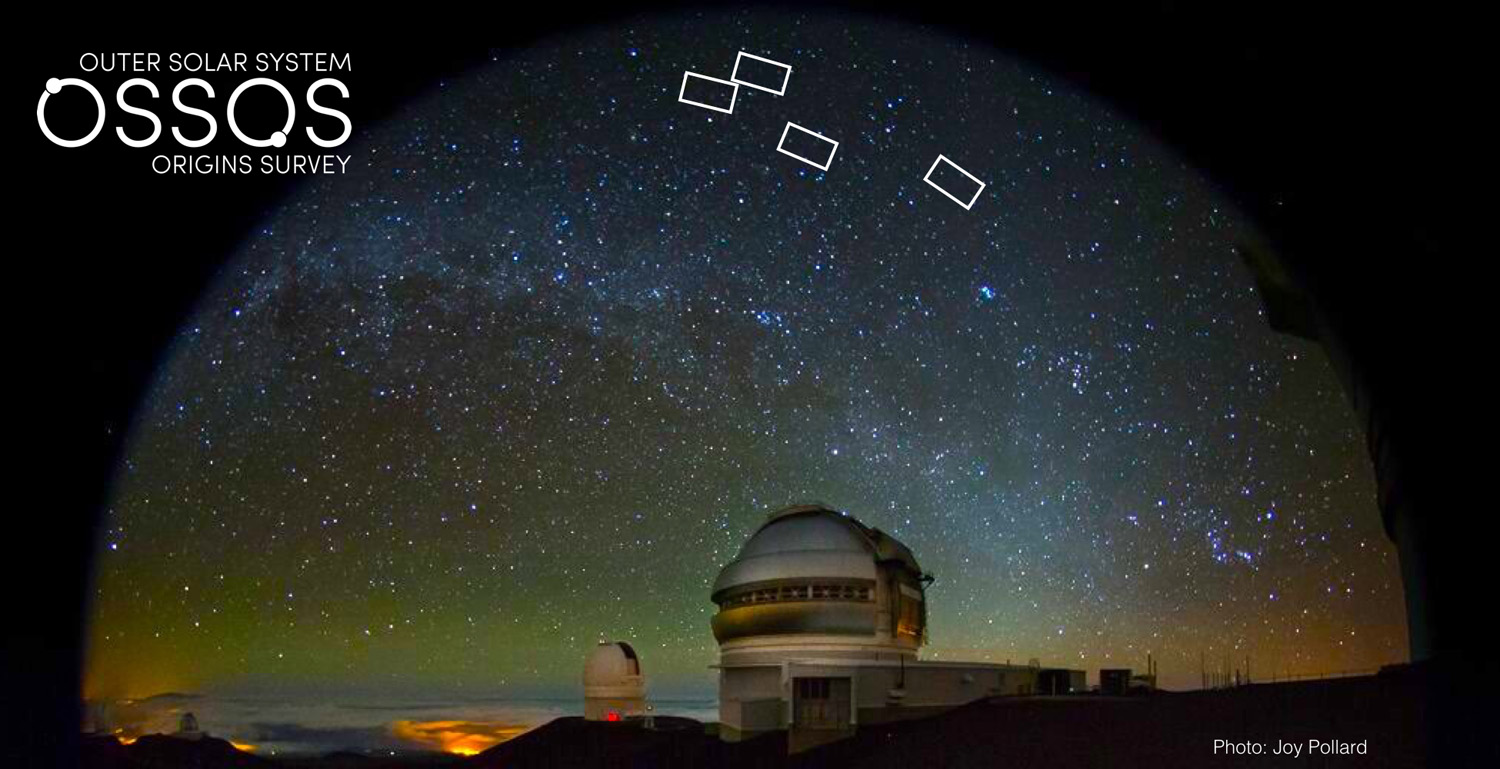 The distant Solar System contains a large reservoir of objects beyond the orbit of Neptune, which are the icy remnants of planetary formation. These small icy bodies are challenging to discover, but their orbital properties and surface composition provide critical information about the formation and evolution of the Solar System. The Outer Solar System Origins Survey (OSSOS) and its companion surveys (CFEPS, HiLat, Alexandersen) covered 1,209 square degrees and discovered more than 1,000 trans-Neptunian objects (TNOs). The main surveys were conducted using the Canada-France-Hawaii Telescope on Maunakea.

Hidden among this large number of discoveries, Dr. Rosemary Pike (ASIAA) identified 3 objects which may belong to the Haumea family. This family is thought to have formed as the result of a collision several billion years ago, and the family members are identified by their similar orbital elements and surfaces which display water-ice. While the asteroid belt contains more than 100 collisional families, only one family has been identified in the Kuiper belt. Understanding the collision which created this Kuiper belt family will provide critical information about the types of collisions which have occurred in the Kuiper belt, and may provide insight into how to best search for additional TNO families.