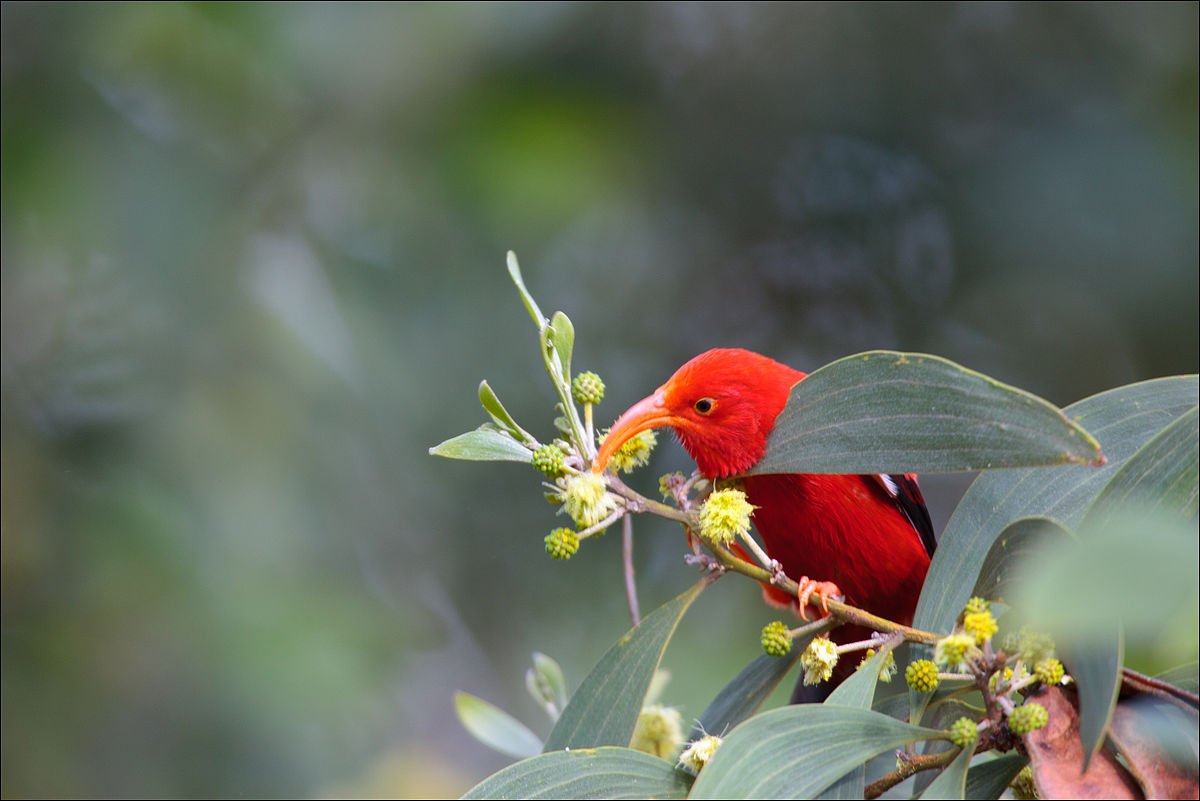 Darwin’s finches are among the most celebrated examples of adaptive radiation in the evolution of modern vertebrates and their study has been relevant since the journeys of the HMS Beagle in the eighteenth century which catalysed some of the first ideas about natural selection in the mind of a young Charles Darwin.

Despite many years of study which have led to a detailed understanding of the biology of these perching birds, including impressive decades-long studies in natural populations, there are still unanswered questions. Specifically, the factors explaining why this particular group of birds evolved to be much more diverse in species and shapes than other birds evolving alongside them in Galapagos and Cocos islands have remained largely unknown.

A similar phenomenon is that of the honeycreepers endemic to the Hawaiian archipelago. These true finches (unlike Darwin’s finches which are finch-like birds belonging to a different family) radiated to achieve an order of magnitude more in species and shapes than the rest of the birds inhabiting those islands.

An international team of researchers from the UK and Spain, including the University of Bristol, tackled the question of why the rapid evolution in these birds from a different perspective. They showed in their study published today in the journal Natural History Museum of Los Angeles County that one of the key factors related to the evolutionary success of Darwin’s finches and Hawaiian honeycreepers might lie in how their beaks and skulls evolved.

Previous studies have demonstrated a tight link between the shapes and sizes of the beak and the feeding habits in both groups, which suggests that adaptation by natural selection to the different feeding resources available at the islands may have been one of the main processes driving their explosive evolution. Furthermore, changes in beak size and shape have been observed in natural populations of Darwin’s finches as a response to variations in feeding resources, strengthening these views.

However, recent studies on other groups of birds, some of which stem from the previous recent research of the team, have suggested that this strong match between beak and cranial morphology and ecology might not be pervasive in all birds.

‘Other factors such as constraints on skull shape during development, the use of the beak for many other functions and the fact that the skull and beak develop and function as a coherent unit may have contributed to this mismatch’ says Emily J. Rayfield, co-author of the study and Professor at the University of Bristol. ‘Therefore, the strong connection between beak, cranial morphology and feeding ecology over the evolution of Darwin’s finches, Hawaiian honeycreepers, and perhaps other lineages of birds, might have been only possible if this tight coevolution of cranial regions is somehow ‘relaxed’ and those regions are able to evolve more ‘freely’’.

‘By taking a broad scale, numerical approach at more than 400 species of landbirds (the group that encompasses all perching birds and many other lineages such as parrots, kingfishers, hornbills, eagles, vultures, owls and many others) we found that the beaks of Darwin’s finches and Hawaiian honeycreepers evolved in a stronger association with the rest of the skull than in most of the other lineages of landbirds. In other words, in these groups the beak is less independent in evolutionary terms than in most other landbirds’ says Guillermo.

Yet this tight association was perhaps one of the keys to their success.

‘We found that as a result of this stronger “cranial integration”, these birds could evolve in a more versatile way but mostly constrained along a very specific direction of adaptive change in the shape of their skulls. Paradoxically, we hypothesized that this allowed them to evolve many different shapes very rapidly, filling many of the available niches in their archipelagos as a result’ says Jesús Marugán Lobón co-author of the study and Lecturer at the Autonomous University of Madrid.

In contrast, the authors asserted in their article that the other sympatric bird lineages that occupied the island archipelagos at similar time to the ancestors of finches and honeycreepers all belong to the group with the lowest cranial integration in our study. Perhaps this was a limiting factor for rapid evolution in these other lineages?

‘Our results challenge previous ideas in evolutionary research by providing a case which suggests that stronger covariation of regions can produce bursts of evolution rather than serving solely as a factor limiting the evolutionary potential of organisms, as previously thought’ says Jen Bright co-author of the study and Lecturer at the University of Hull.

‘Even on a broader scale, Darwin’s finches and Hawaiian honeycreepers are evolutionary oddballs. When they are compared with hundreds or thousands of species they are amongst the most rapidly evolving clades within modern bird diversity. Hopefully, these novel results will shed some light on why they may have evolved that way’ says Christopher R. Cooney co-author of the study and a Leverhulme Fellow at the University of Sheffield.

‘While these results are exciting, this is mainly the work of my PhD and at the minute we are working on solving different unanswered questions that stem from this research. For instance, are these evolutionary situations isolated phenomena in these two archipelagos or have those been more common in the evolution of island or continental bird communities? Do these patterns characterise other adaptive radiations in birds?’ says Guillermo Navalón.

Future research will likely solve at least some of these mysteries, bringing us one step closer to understanding better the evolution of the wonderful diversity of shapes in birds.