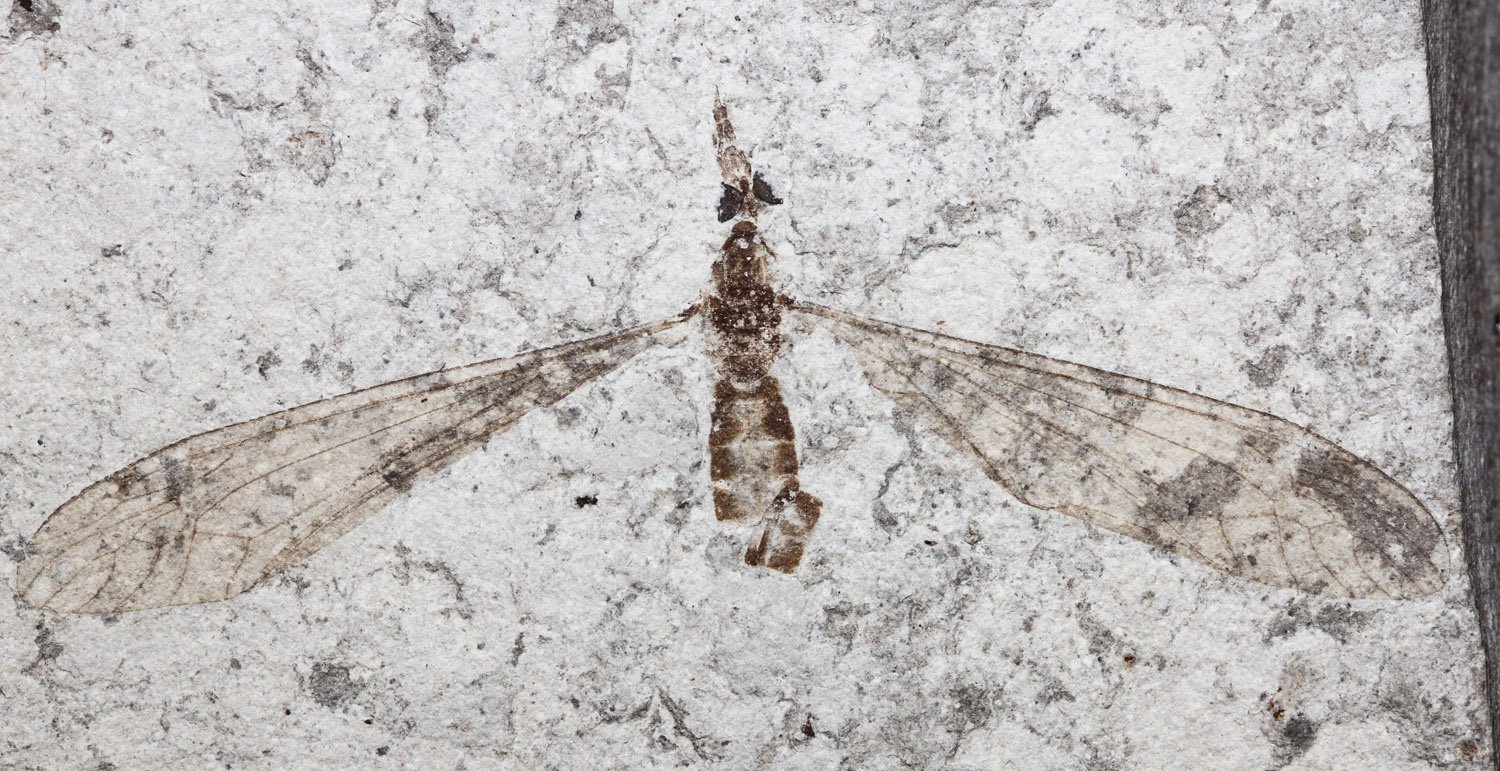 Eumelanin – a natural pigment found for instance in human eyes – has, for the first time, been identified in the fossilized compound eyes of 54-million-year-old crane-flies. It was previously assumed that melanic screening pigments did not exist in arthropods.

“We were surprised by what we found because we were not looking for, or expecting it”, says Johan Lindgren, an Associate Professor at the Department of Geology, Lund University, and lead author of the study published this week in the journal Nature.

The researchers went on to examine the eyes of living crane-flies, and found additional evidence for eumelanin in a modern species as well.

By comparing the fossilized eyes with optic tissues from living crane-flies, the researchers were able to look closer at how the fossilization process has affected the conservation of compound eyes across geological time.

This, in turn, led the researchers to conclude that another widely held hypothesis may need to be reconsidered. Previous research has suggested that trilobites – an exceedingly diverse group of extinct seagoing arthropods – had mineralized lenses in life.

“The general view has been that trilobites had lenses made from single calcium carbonate crystals. However, they were probably much more similar to modern arthropods in that their eyes were primarily organic”, says Johan Lindgren.

Compound eyes are found in arthropods, such as insects and crustaceans, and are the most common visual organ seen in the animal kingdom. They are made from multiple light-sensitive ommatidia, and the perceived image is a combination of inputs from these tiny units.