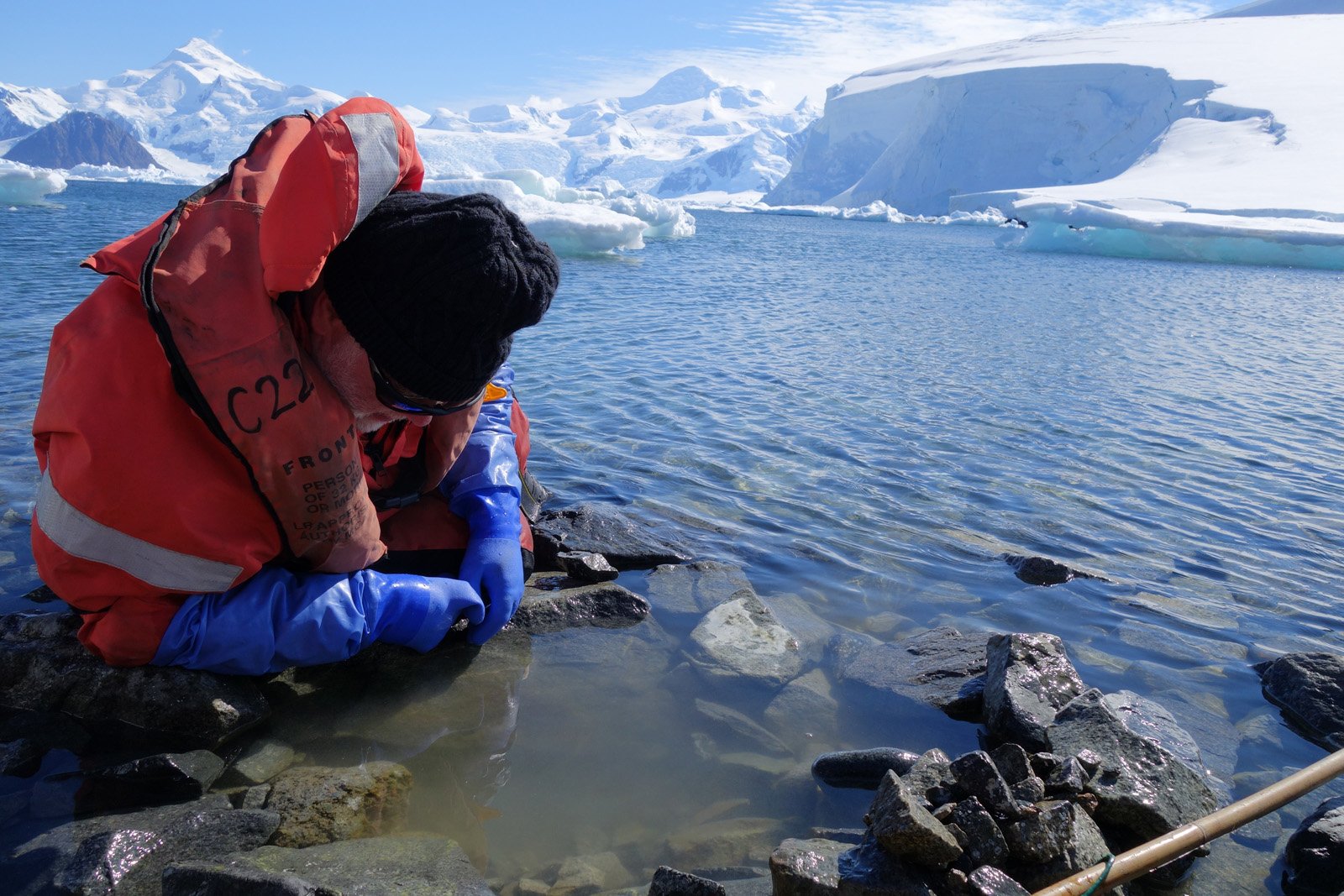 Oxygen concentrations in both the open ocean and coastal waters have declined by 2-5% since at least the middle of the 20th century. This is one of the most important changes occurring in an ocean becoming increasingly modified by human activities, with raised water temperatures, carbon dioxide content and nutrient inputs. Through this, humans are altering the abundances and distributions of marine species but the decline in oxygen could pose a new set of threats to marine life.

Writing in Philosophical Transactions of the Royal Society B, scientists present support for the theory that marine invertebrates with larger body size are generally more sensitive to reductions in oxygen than smaller animals, and so will be more sensitive to future global climate change.

It is widely believed that the occurrence of gigantic species in polar waters is made possible by the fact that there is more oxygen dissolved in ice cold water than in the warmer waters of temperate and tropic regions.

So as our ocean warms and oxygen decreases, it has been suggested that such oxygen limitation will have a greater effect on larger than smaller marine invertebrates and fish.

The study was conducted by John Spicer, Professor of Marine Zoology at the University of Plymouth, and Dr Simon Morley, an Ecophysiologist with the British Antarctic Survey (BAS).

They investigated how a number of different sized amphipod species – found in abundance in Antarctic waters and relatives of the sandhoppers on temperate beaches) – performed when the oxygen in the water they were in was reduced.

Overall, there was a reduction in performance with body size supporting the theory that larger species may well be more vulnerable because of oxygen limitation.

However, the picture is a little more complex than this with evolutionary innovation – such as the presence of oxygen binding pigments in their body fluids to enhance oxygen transport, and novel gas exchange structures in some, but not all, species – to some extent offsetting any respiratory disadvantages of large body size.

Professor Spicer, who has spent more than 30 years examining the effect of climate change on marine organisms, said: “Over the last 50 years, the oxygen in our oceans has decreased by around 2-5% and this is already having an effect on species’ ability to function. Unless they adapt, many larger marine invertebrates will either shrink in size of face extinction, which would have a profoundly negative impact on the ecosystems of which they are a part. This is obviously a major cause for concern.

“Our research also shows that some species have evolved mechanisms to compensate for reductions in oxygen, and so it is not always as simple as drawing a link between size and future survival. But it would be foolhardy to pin our hopes on such ‘evolutionary rescue’. Many large species will almost certainly be the first casualties of our warming, oxygen-poor ocean.”

Dr Morley added: “Marine animals thrive in the Southern Ocean but life in these freezing waters has led to the evolution of many distinct characteristics. These ‘strategies’, which allow animals to survive in the cold, are expected to make many Antarctic marine invertebrates and fish vulnerable to the impact of climate change. Understanding these impacts will not only help us to predict the fate of marine biodiversity at the poles but will also teach us much about the mechanisms that will determine the survival of species across the world’s oceans.”