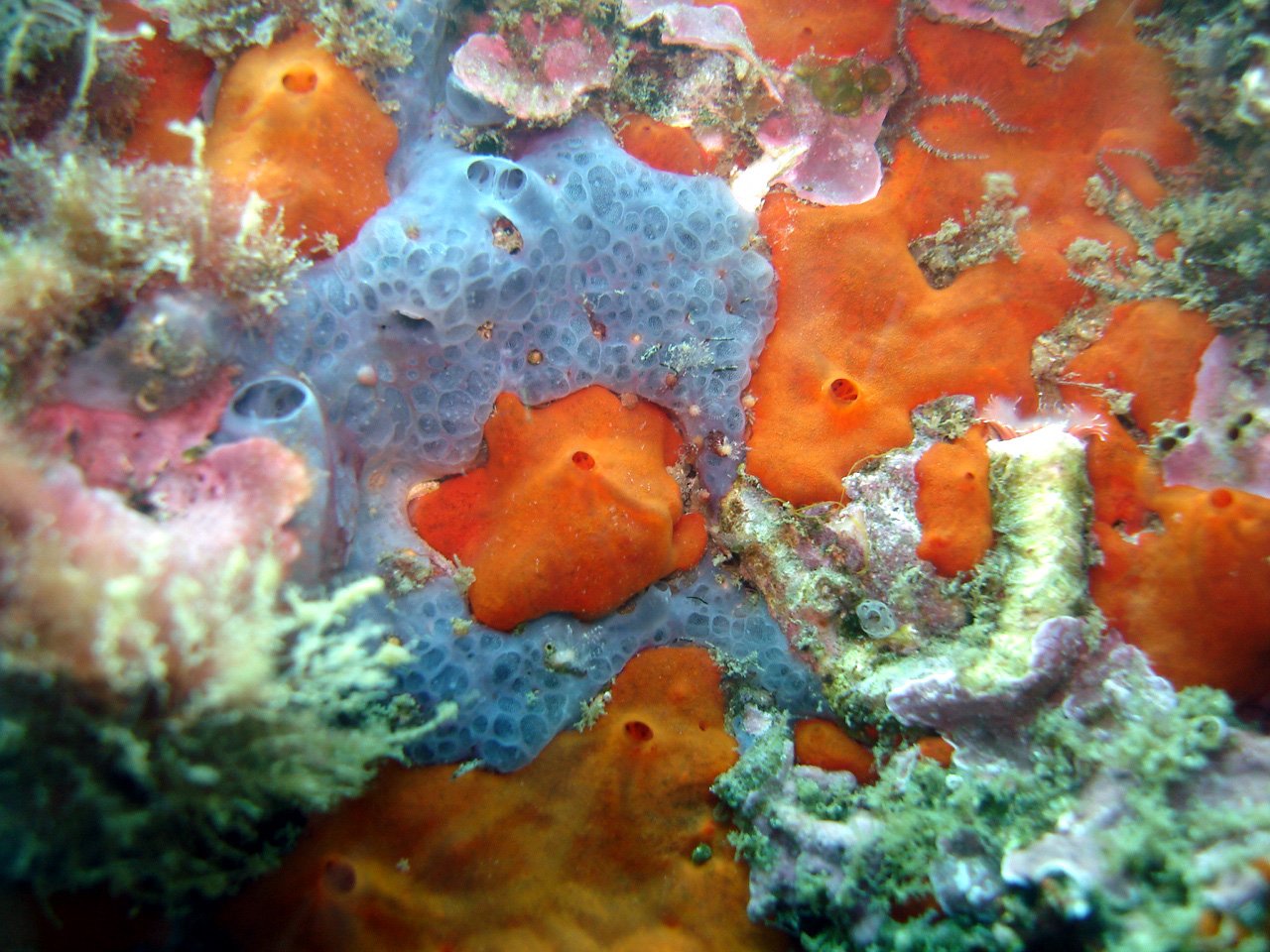 Just like humans leave DNA in the places we inhabit, water-dwelling animals leave DNA behind in the water column. In a paper published June 3 in the journal Current Biology, scientists report that sponges, which can filter 10,000 liters of water daily, catch DNA in their tissues as they filter-feed. This proof-of-concept study identified fish, seal, and penguin DNA in sponges from the Antarctic and Mediterranean, demonstrating that sponges can be used to monitor biodiversity.

“Sponges are ideal sampling units because you find them everywhere and in every aquatic habitat, including freshwater,” says Stefano Mariani, a marine ecologist and population geneticist at the University of Salford.

“Also, they’re not very selective filter-feeders, they don’t run away, and they don’t get hurt by sampling – you can just grab a piece, and they will regenerate nicely.”

Additionally, the authors found that the presence of sponge DNA did not interfere with their ability to identify the DNA of other species caught within its tissue. Instead, they found that by using a particular DNA primer, which is a short sequence of nucleic acid that probes the DNA of specific organisms, they could selectively amplify vertebrate DNA while avoiding amplifying the sponge’s DNA itself.

Using this process in tandem with metabarcoding, which sorts the jumble of DNA from the tissue sample into distinguishable, species-specific piles, Mariani and his team were able to identify 31 taxa. Mostly, the species identified were fish, but one sponge sample from Antarctica included DNA from Weddell seals and chinstrap penguins. The sample was later identified to be located offshore of a penguin breeding colony. “This was a really exciting find and also makes a lot of sense,” says Mariani, “because the penguins would be in and out of the water a lot, eating, swimming, and pooing.”

Currently, machines with large water-sampling capabilities are being developed to allow scientists to sample DNA from water, but the authors think using a natural sampler could be just as effective. Because the DNA found in water is extremely diluted, it needs to undergo extensive filtering – but with filtering, Mariani warns, comes the danger of DNA contamination. Further, preserving water samples risks degrading the DNA. Sponge tissue, however, has already filtered out the water, greatly reducing both the processing time as well as the risk of contamination.

Further, bringing machines into some regions might not be feasible and may be too disruptive to fragile ecosystems. “If you want to study an endangered species of sawfish or a manatee in a mangrove forest in Mozambique, you can’t go there with massive robots. You have to use a very low-tech approach,” Mariani says.

Moving forward, the authors would like to investigate the ability of other animals to act as DNA samplers, particularly in open waters where sponges are either rare or unreachable by humans for sampling. Mariani suggests that other organisms such as jelly fish or salps, which also sieve water but float through the water column, may be more accessible in the open ocean.

Ultimately, the authors’ goal is to improve how environmental DNA is collected in order to better monitor biodiversity in areas that may not be suitable for other methods. Determining whether sponges are more effective in capturing the biodiversity of an area over pre-existing methods, however, will require further research, but the authors say this paper is the first step in answering that question. “I am hopeful that this method will prove itself to be useful,” Mariani says. “It’s the quintessential environmentally friendly biodiversity assessment tool.”