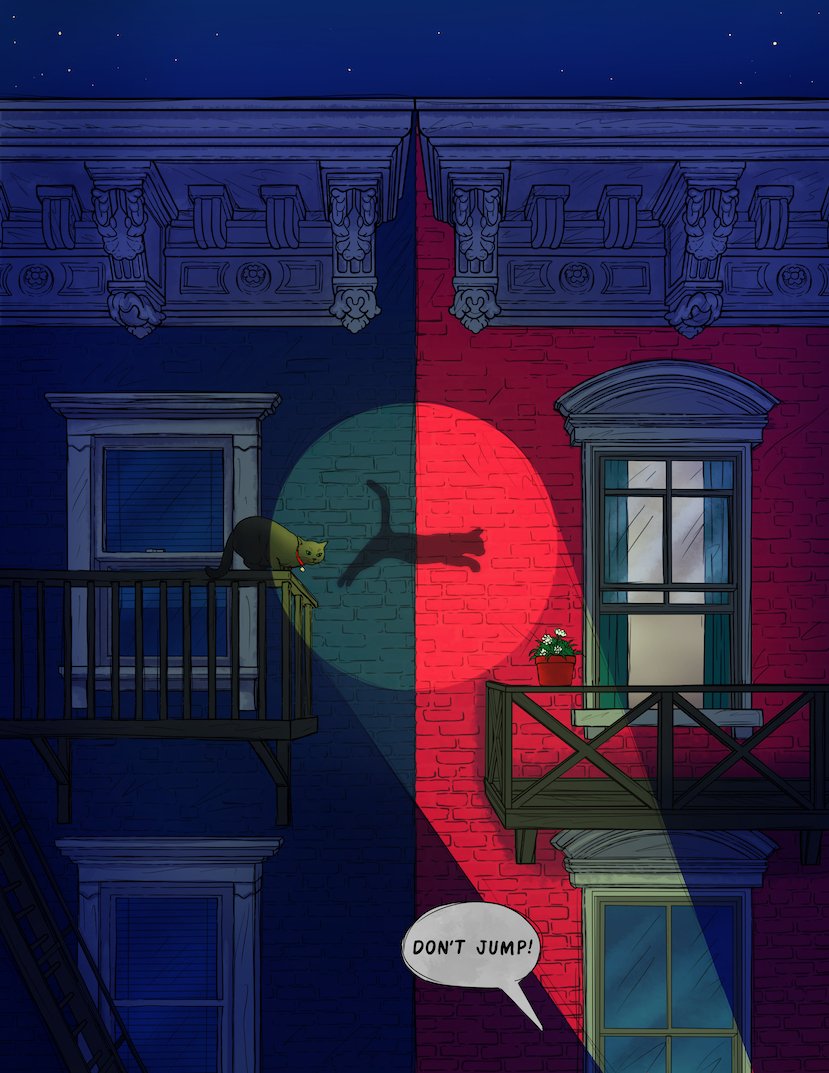 Yale researchers have figured out how to catch and save Schrödinger’s famous cat, the symbol of quantum superposition and unpredictability, by anticipating its jumps and acting in real time to save it from proverbial doom. In the process, they overturn years of cornerstone dogma in quantum physics.

The discovery enables researchers to set up an early warning system for imminent jumps of artificial atoms containing quantum information. A study announcing the discovery appears in the June 3 online edition of the journal Nature.

Schrödinger’s cat is a well-known paradox used to illustrate the concept of superposition — the ability for two opposite states to exist simultaneously — and unpredictability in quantum physics. The idea is that a cat is placed in a sealed box with a radioactive source and a poison that will be triggered if an atom of the radioactive substance decays. The superposition theory of quantum physics suggests that until someone opens the box, the cat is both alive and dead, a superposition of states. Opening the box to observe the cat causes it to abruptly change its quantum state randomly, forcing it to be either dead or alive.

The quantum jump is the discrete (non-continuous) and random change in the state when it is observed.

The experiment, performed in the lab of Yale professor Michel Devoret and proposed by lead author Zlatko Minev, peers into the actual workings of a quantum jump for the first time. The results reveal a surprising finding that contradicts Danish physicist Niels Bohr’s established view — the jumps are neither abrupt nor as random as previously thought.

For a tiny object such as an electron, molecule, or an artificial atom containing quantum information (known as a qubit), a quantum jump is the sudden transition from one of its discrete energy states to another. In developing quantum computers, researchers crucially must deal with the jumps of the qubits, which are the manifestations of errors in calculations.

The enigmatic quantum jumps were theorized by Bohr a century ago, but not observed until the 1980s, in atoms.

“These jumps occur every time we measure a qubit,” said Devoret, the F.W. Beinecke Professor of Applied Physics and Physics at Yale and member of the Yale Quantum Institute.

“Quantum jumps are known to be unpredictable in the long run.”

“Despite that,” added Minev, “We wanted to know if it would be possible to get an advance warning signal that a jump is about to occur imminently.”

Minev noted that the experiment was inspired by a theoretical prediction by professor Howard Carmichael of the University of Auckland, a pioneer of quantum trajectory theory and a co-author of the study.

In addition to its fundamental impact, the discovery is a potential major advance in understanding and controlling quantum information. Researchers say reliably managing quantum data and correcting errors as they occur is a key challenge in the development of fully useful quantum computers.

The Yale team used a special approach to indirectly monitor a superconducting artificial atom, with three microwave generators irradiating the atom enclosed in a 3D cavity made of aluminum. The doubly indirect monitoring method, developed by Minev for superconducting circuits, allows the researchers to observe the atom with unprecedented efficiency.

Microwave radiation stirs the artificial atom as it is simultaneously being observed, resulting in quantum jumps. The tiny quantum signal of these jumps can be amplified without loss to room temperature. Here, their signal can be monitored in real time. This enabled the researchers to see a sudden absence of detection photons (photons emitted by an ancillary state of the atom excited by the microwaves); this tiny absence is the advance warning of a quantum jump.

“The beautiful effect displayed by this experiment is the increase of coherence during the jump, despite its observation,” said Devoret.

Added Minev, “You can leverage this to not only catch the jump, but also reverse it.”

This is a crucial point, the researchers said. While quantum jumps appear discrete and random in the long run, reversing a quantum jump means the evolution of the quantum state possesses, in part, a deterministic and not random character; the jump always occurs in the same, predictable manner from its random starting point.

“Quantum jumps of an atom are somewhat analogous to the eruption of a volcano,” Minev said. “They are completely unpredictable in the long term. Nonetheless, with the correct monitoring we can with certainty detect an advance warning of an imminent disaster and act on it before it has occurred.