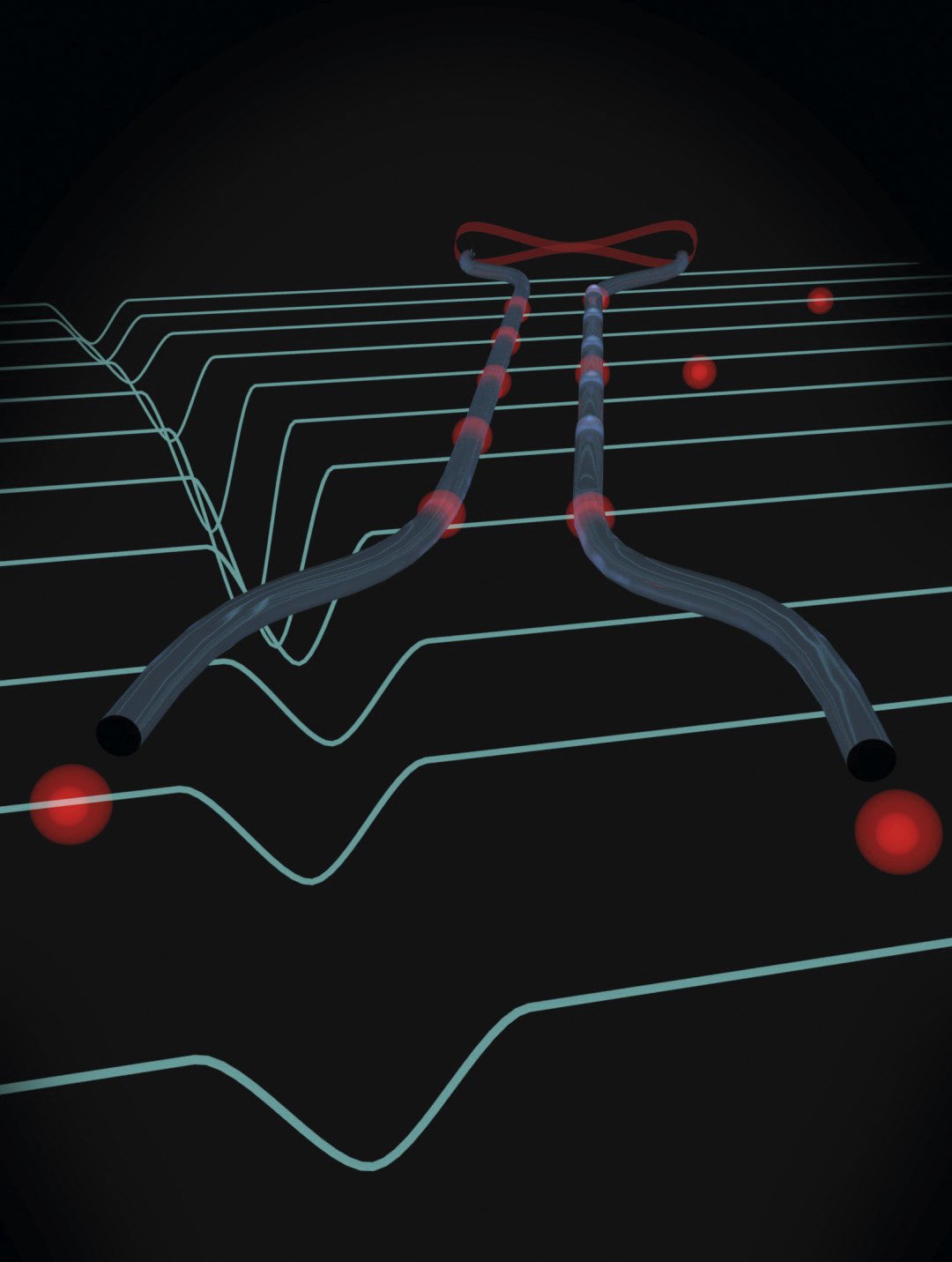 Two physical theories have been explaining the fundamental relationships of our world for one hundred years. The theory of relativity deals with everything that is influenced by gravity and is as fast as light in four-dimensional space-time. Quantum physics is the comprehensive theory of microscopic matter and its interactions, e.g. with light. Only it can for example explain how chalk adheres to the blackboard, why windows are transparent, how laser light is possible and how semiconductor chips work. Without quantum physics, all electronics from televisions to high-performance computers would be inconceivable. There would be no eye laser therapy and no light guide technology for our communication networks. Quantum physics is basic research of immense economic and social importance.

Two young scientists from the University of Rostock have now succeeded in proving experimentally that a mathematical formulation of quantum physics previously considered exotic leads to new experimental results.

“What this means for future developments in the fields of communication technology, materials technology or computer technology is not yet foreseeable,“ said Professor Alexander Szameit, head of the research group “Experimental Solid-State Optics“ at the University of Rostock.

His colleague Professor Stefan Scheel, managing director of the Institute of Physics, added: “As known until now, quantum physics operates on the basis of a mathematical theory that creates strong assumptions in order to obtain real measured values that are important for our reality. With this experiment, these theoretical limits have been exceeded. Now we can also measure and above all explain what was previously enigmatic, what in a certain sense could not even exist,” said Scheel.

At a conference in Ukraine in 2018, the two physicists began to discuss the enigmatic exotic quantum mathematics published in 1998 by Bender and Boettcher. Both of them are pleased that young scientists from their research groups have succeeded in achieving this breakthrough, which was recently rewarded with a publication in the renowned journal Nature Photonics.

The 25-year-old Friederike Klauck came to Rostock from Magdeburg in 2012 and the 27-year-old Lucas Teuber from Bokel (Lower Saxony) in 2011. Both were attracted to this city in northeastern Germany due to the excellent reputation of the University of Rostock’s Institute of Physics. Meanwhile, both doctoral students are members of the research groups of Szameit and Scheel.

Klauck began to study this exotic system already during her Master’s thesis in Szameit’s research group. The implementation of the experiment posed a number of challenges. Microscopic circuits for light had to be generated in a glass chip over many centimetres with the highest precision. In addition, the Rostock physicists worked with pairs of entangled photons – these light particles are connected to each other in a complex way, which Albert Einstein had described as a “spooky action at a distance”.

“Normally you want as many photons as possible to reach the detectors. However, for novel quantum physics to show its effects, we had to make sure that some of the particles get lost in a certain manner on the way.”

“For a better mathematical description, she obtained support from her colleague Lucas Teuber: “Our theory describes the influence of precisely controlled losses on the entangled photons. The result is quite surprising, even for someone familiar with quantum physics, and can only be understood in the context of the novel mathematical description.“

With the new experiments by Klauck and Teuber, quantum physics has become even more mind-boggling than before. It will be exciting to see what topic the Rostock physicists will tackle next. To keep ahead of the global competition, they don’t want to reveal this just yet.