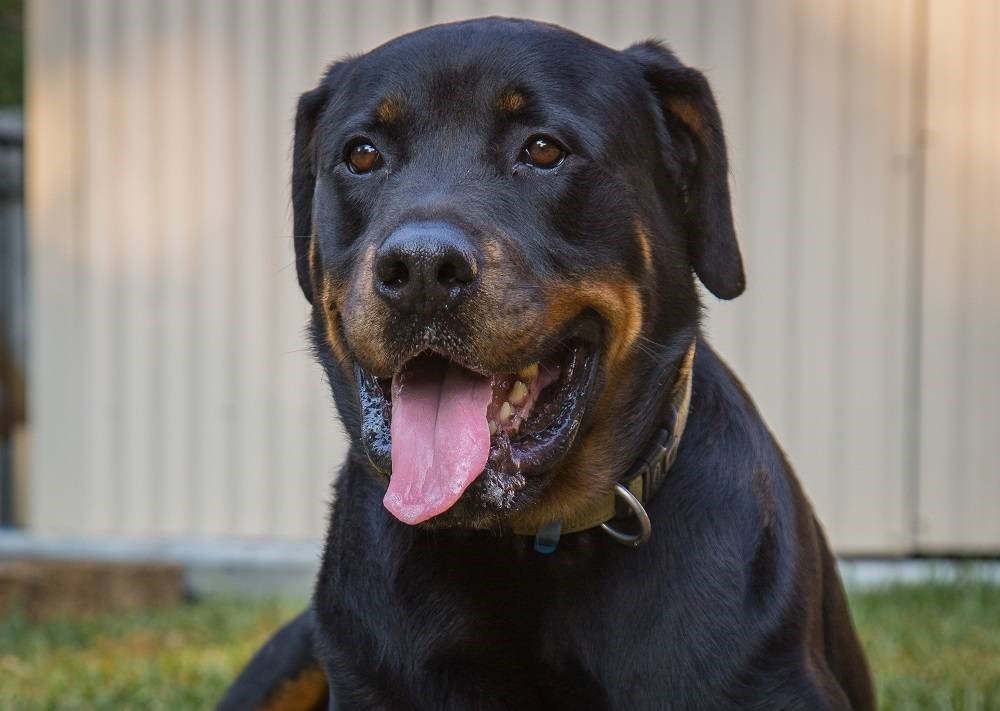 A novel immunotherapy treatment has saved family dog Griffin from a rare type of cancer, thanks to collaborative research at The University of Queensland.

The Rottweiler was diagnosed with T cell lymphoma in December 2017 and given three months to live.

UQ’s Dr Rachel Allavena and her PhD student, veterinarian Dr Annika Oksa, enrolled Griffin in a medical trial that had helped around 30 per cent of dogs suffering from cancer.

“This is a revolutionary step forward in cancer treatment,” Dr Allavena said. “T cell lymphoma is usually a death sentence for dogs, so Griffin is incredibly lucky to be alive. Our immunotherapy treatment works by ‘waking up’ the dog’s immune system, helping the animal’s own body destroy the cancer. It’s very different to the way we’ve treated cancer in the past, where we’ve used surgery, or chemotherapy or radiation, both of which are quite toxic to normal cells. Chemotherapy was off the table for Griffin, as it would have made his waste poisonous, which would be dangerous since Griffin’s owner, Adam, had a young daughter who played in the backyard.”

Once a dog is diagnosed with the cancer, the researchers remove a small piece of the tumour and mix it with an adjuvant – a chemical – to bolster the dog’s immune response.

“This gets injected with the vaccine over a number of weeks or months; a process that’s very straightforward, much like the regular needles a dog would receive as a puppy,” Dr Oksa said. “We then check the dogs very carefully when they visit to see how the cancer is responding to the treatment and make sure they’re doing well.”

The researchers have found the vaccine to be extremely safe and easy to administer, with any veterinarian able to do the surgery required to source the tissue for the vaccine.

“We’ve treated more than 170 dogs, with no bad side effects in any of them,” Dr Oksa said. “It’s also safe to do it in combination with other treatments like chemotherapy or radiotherapy and in some cases, like Griffin’s, it works well by itself. We’re incredibly excited to expand the number of dogs we can assist, and send them back home happy and healthy.”

The research’s institutional collaborators, The University of Sydney and Flinders University, are hoping to expand the research into human trials for similar cancers in years to come.

In the meantime, the treatment has been a gift for Griffin’s owner Adam and his family.

“It’s great that a medical trial like this exists,” he said. “Griffin’s part of the family, and now my daughter has her best mate back and I’ve got my best friend back too – it means the world.”