If you took a careful look at the feathers on a chicken, you’d find many different forms within the same bird – even within a single feather. The diversity of feather shapes and functions expands vastly when you consider the feathers of birds ranging from ostriches to penguins to hummingbirds. Now, researchers reporting in the journal Cell on November 27 have taken a multidisciplinary approach to understanding how all those feathers get made.

“We always wonder how birds can fly and in different ways,” says corresponding author Cheng-Ming Chuong of the University of Southern California, Los Angeles. “Some soar like eagles, while others require rapid flapping of wings like hummingbirds.”

Some birds, including ostriches and penguins, don’t fly at all.

“Such differences in flight styles are largely due to the characteristics of their flight feathers,” Chuong adds. “We wanted to learn how flight feathers are made so we can understand nature better and learn principles of bioinspired architecture.”

In the new study, the researchers put together a multidisciplinary team to look at feathers in many different ways, from their biophysical properties to the underlying molecular biology that allows their formation from stem cells in the skin. They examined the feathers of flightless ostriches, short-distance flying chickens, soaring ducks and eagles, and high-frequency flying sparrows. They studied the extremes by including hummingbirds and penguins. To better understand how feathers have evolved and changed over evolutionary time, the team also looked to feathers that are nearly 100 million years old, found embedded and preserved in amber in Myanmar. 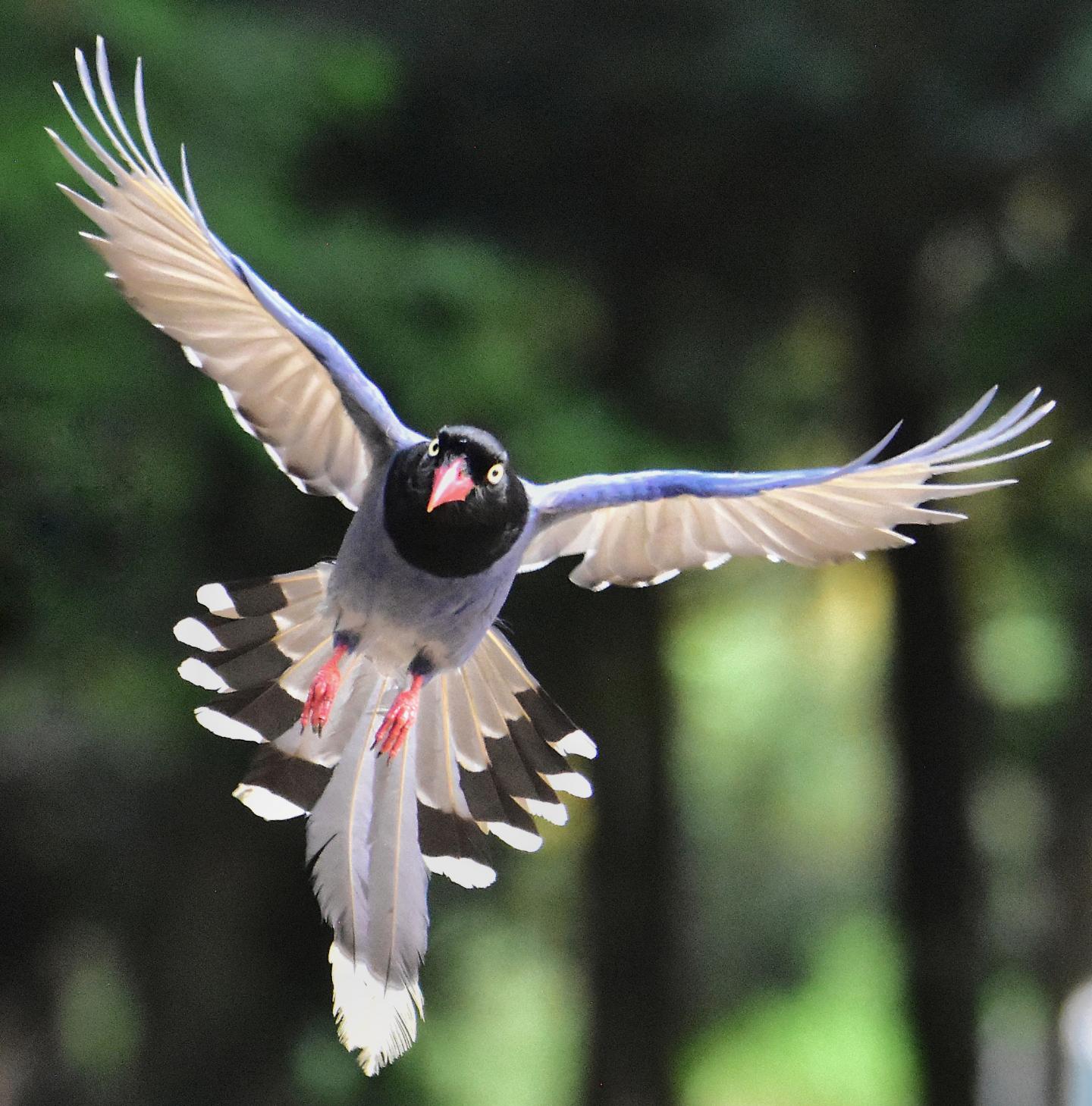 Based on their findings, the researchers explain that feathers’ modular structure allowed birds to adapt over evolutionary time, helping them to succeed in the many different environments in which birds live today. Their structure also allows for the specialization of feathers in different parts of an individual bird’s body.

The flight feather is made of two highly adaptable architectural modules: the central shaft, or rachis, and the peripheral vane. The rachis is a composite beam made of a porous medulla that keeps feathers light surrounded by a rigid cortex that adds strength. Their studies show that these two components of the rachis allow for highly flexible designs that enabled to fly or otherwise get around in different ways. The researchers also revealed the underlying molecular signals, including Bmp and Ski, that guide the development of those design features.

Attached to the rachis is the feather vane. The vane is the part of the feather made up of many soft barbs that zip together. The researchers report that the vane develops using principles akin to paper cutting. As such, a single epithelial sheet produces a series of diverse, branched designs with individual barbs, each bearing many tiny hooklets that hold the vane together into a plane using a Velcro-like mechanism. Their studies show that gradients in another signaling pathway (Wnt2b) play an important role in the formation of those barbs.

To look back in time, the researchers studied recently discovered amber fossils, allowing them to explore delicate, three-dimensional feather structures. Their studies show that ancient feathers had the same basic architecture but with more primitive characteristics. For instance, adjacent barbs formed the vane with overlapping barbules, without the Velcro-like, hooklet mechanism found in living birds.

“We’ve learned how a simple skin can be transformed into a feather, how a prototypic feather structure can be transformed into downy, contour, or flight feathers, and how a flight feather can be modulated to adapt to different flight modes required for different living environments,” Chuong says. “In every corner and at different morphological scales, we were amazed at how the elegant adaption of the prototype architecture can help different birds to adapt to different new environments.”

The researchers say that, in addition to helping to understand how birds have adapted over time, they hope these bioinspired architectural principles they’ve uncovered can be useful in future technology design. They note that composite materials of the future could contribute toward the construction of light but robust flying drones, durable and resilient wind turbines, or better medical implants and prosthetic devices.

Team co-leader and biophysicist Wen Tau Juan of the Integrative Stem Cell Center of China Medical University Hospital, Taiwan, has already begun to explore the application of feather-inspired architectural principles in bio-material design. The team also hopes to learn even more about the molecular signals that allow the formation of such complex feather structures from epidermal stem cells that all start out the same.