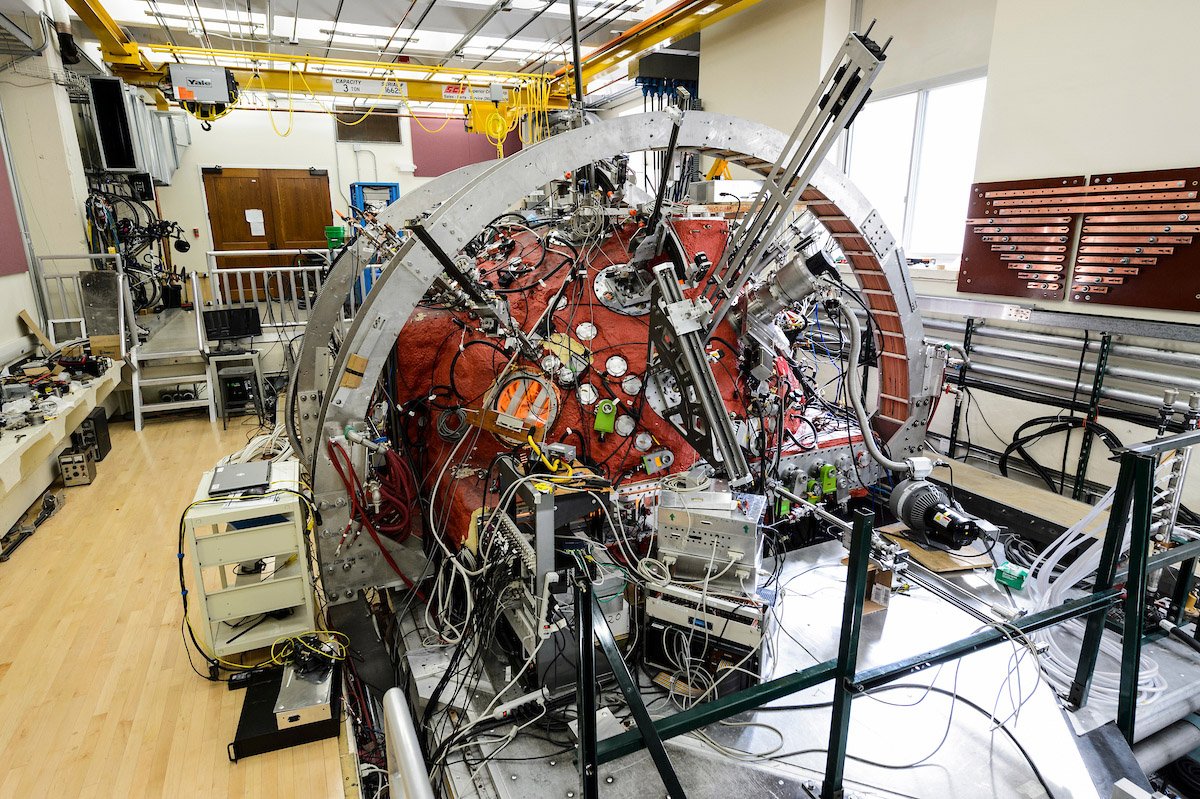 A new study by University of Wisconsin-Madison physicists mimicked solar winds in the lab, confirming how they develop and providing an Earth-bound model for the future study of solar physics.

Our sun is essentially a big ball of hot plasma – an energetic state of matter made up of ionized gas. As the sun spins, the plasma spins along, too. This plasma movement in the core of the sun produces a magnetic field that fills the solar atmosphere. At some distance from the sun’s surface, known as the Alfvén surface, this magnetic field weakens and plasma breaks away from the sun, creating the solar wind.

“The solar wind is highly variable, but there are essentially two types: fast and slow,” explains Ethan Peterson, a graduate student in the department of physics at UW-Madison and lead author of the study published online July 29 in Nature Physics.

“Satellite missions have documented pretty well where the fast wind comes from, so we were trying to study specifically how the slow solar wind is generated and how it evolves as it travels toward Earth.”

Peterson and his colleagues, including physics professor Cary Forest, may not have direct access to the big plasma ball of the sun, but they do have access to the next best thing: the Big Red Ball.

The Big Red Ball is a three-meter-wide hollow sphere, with a strong magnet at its center and various probes inside. The researchers pump helium gas in, ionize it to create a plasma, and then apply an electric current that, along with the magnetic field, stirs the plasma, creating a near-perfect mimic of the spinning plasma and electromagnetic fields of the sun.

With their mini-sun in place, the researchers can take measurements at many points inside the ball, allowing them to study solar phenomena in three dimensions.

“Satellite measurements are pretty consistent with the Parker Spiral model, but only at one point at a time, so you’d never be able to make a simultaneous, large-scale map of it like we can in the lab.” Peterson says.

“Our experimental measurements confirm Parker’s theory of how it is created by these plasma flows.”

The researchers were also able to identify the source of the Sun’s plasma “burps,” small, periodic ejections of plasma that fuel the slow solar wind. With the plasma spinning, they probed the magnetic field and the speed of the plasma. Their data mapped a region where the plasma was moving fast enough and the magnetic field was weak enough that the plasma could break off and eject radially.

“These ejections are observed by satellites, but no one knows what drives them,” Peterson says. “We ended up seeing very similar burps in our experiment, and identified how they develop.”

The researchers stress that their Earth-bound experiments complement, but don’t replaceme, satellite missions. For example, the Parker Solar Probe, launched in August 2018, is expected to reach and even dip below the Alfvén surface. It will provide direct measurements of solar wind never obtained before.

“Our work shows that laboratory experiments can also get at the fundamental physics of these processes,” Peterson says. “And because the Big Red Ball is now funded as a National User Facility, it says to the science community: If you want to study the physics of solar wind, you can do that here.”