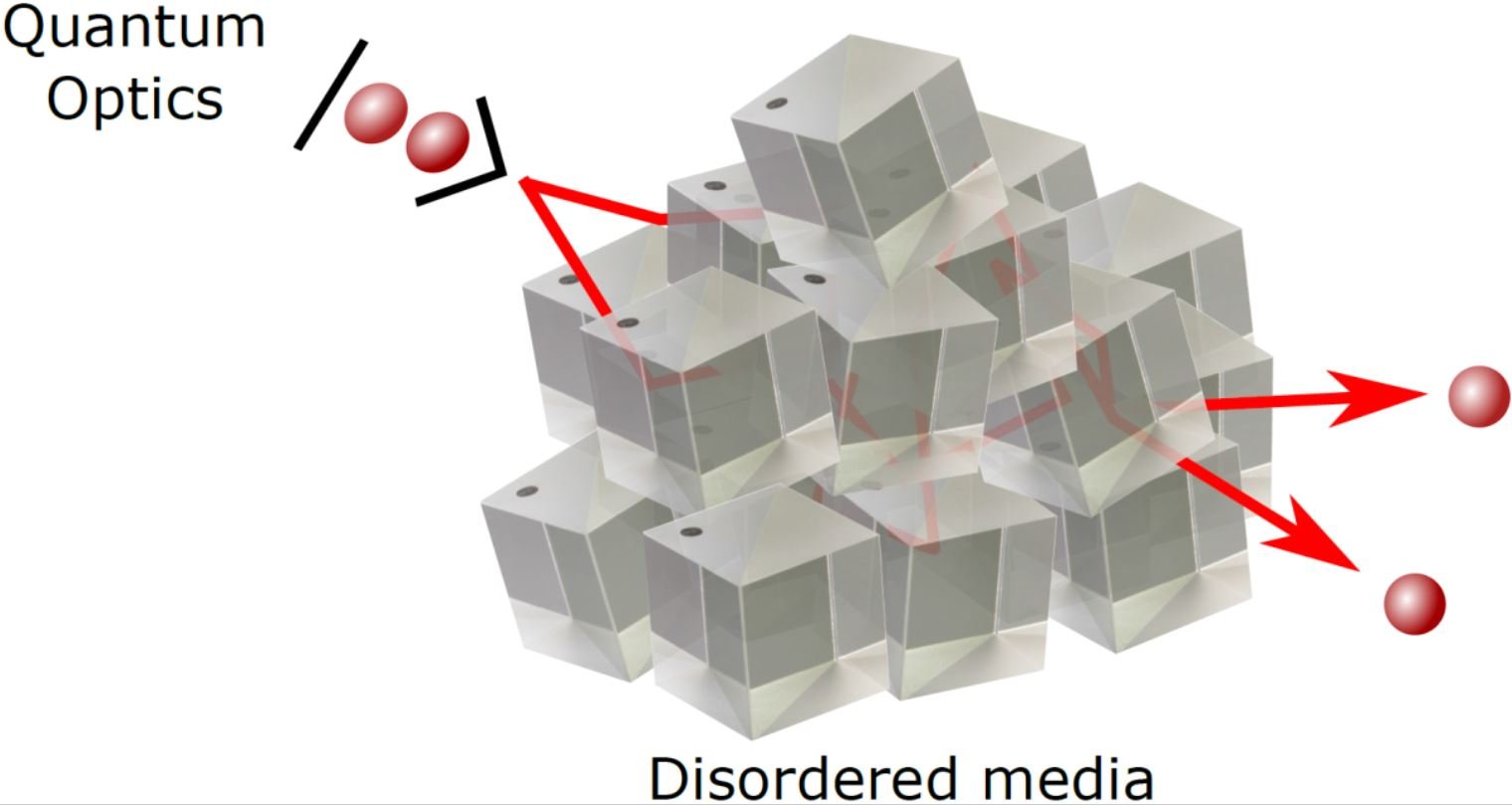 Quantum information technologies is a revolutionary paradigm based on the law of quantum mechanics. Developed for the last 4 decades, it is poised on revolutionizing our information age, from cracking very hard computational problems (quantum computing, with the recent demonstration of quantum supremacy), simulating difficult physical problems, to communications secured by fundamental quantum mechanics laws. In optics, a major line of work is the so-called linear optical computing, where quantum states are encoded on photons, that propagate on a well-designed linear circuit, and quantum computation is performed by measurement. Operations range from specific operations such as the popular boson sampling to universal computing, to quantum chemistry.

The platform of choice today is integrated photonic circuits, comprising series of Mach-Zehnder interferometers and phase shifters, integrated on chip. However, although the technology has been around for a while already, it so far cannot scale beyond a few tens of modes, and full tunability of the linear transformation is still extremely challenging.

Meanwhile, wavefront shaping in complex media has been a very active field in the last decade since the pioneering work of the team of Allard Mosk (I.M. Vellekoop and A.P.Mosk, Optics Letters 2007). It has opened a new field of research, ranging from ultradeep non-invasive imaging techniques to sensing, to fundamental physics, to name just a few. A field that it had limited impact upon so far is the field of quantum optics and quantum information, with only a handful of papers.

However, when light propagates in complex media (be it through scattering media of with a miniature multimode fiber endoscope), it essentially mixes in an extremely complex way between a large set of modes, a property that is extremely interesting for quantum information processing.

In our work, we bridge these two domains, and leverage the very high dimensionality of complex media (here a multimode fiber) coupled with the versatility and reconfigurability of wavefront shaping tools (spatial light modulators) to implement a completely reconfigurable linear circuit for quantum information processing. We demonstrate reliability and accuracy of our technique by programming several examples of popular circuits and testing them with indistinguishable photons. In so doing, we show complete and precise control of classical and quantum interferences between photons interacting in this complex highly-multimode platform.

Moreover, we exploit the active reconfigurability of these custom networks to reproduce very recent results on quantum coherent absorption, a very intriguing phenomenon where absorption of photons becomes non-classical, and depends on the exact prepared quantum state. Although we already demonstrate several cutting-edge results by programming 2×4 circuits (limited only by the number of photons [2] and detectors [4] used), our system is scalable, and unlock the possibility to process quantum information in high dimensions, far beyond what is possible with current technologies. Last but not least, our platform is also appealing thanks to its ability to mix not only space and polarization (as demonstrated here) but to mix any degree of freedom, from orbital angular momentum to temporal or spectral degrees of freedom. In this respect it is a versatile platform able to accommodate and manipulate a wide variety of input quantum states, including hyperentangled ones, and can be scale to even higher dimensions.

Beyond our demonstration, that we focused on quantum state engineering, linear interferometer arrays are currently also investigated in the context of (classical) optical computing and optical machine learning which suffers from similar scalability issues. As a consequence, our platform for reconfigurable circuits may be appealing well beyond the quantum physics community.