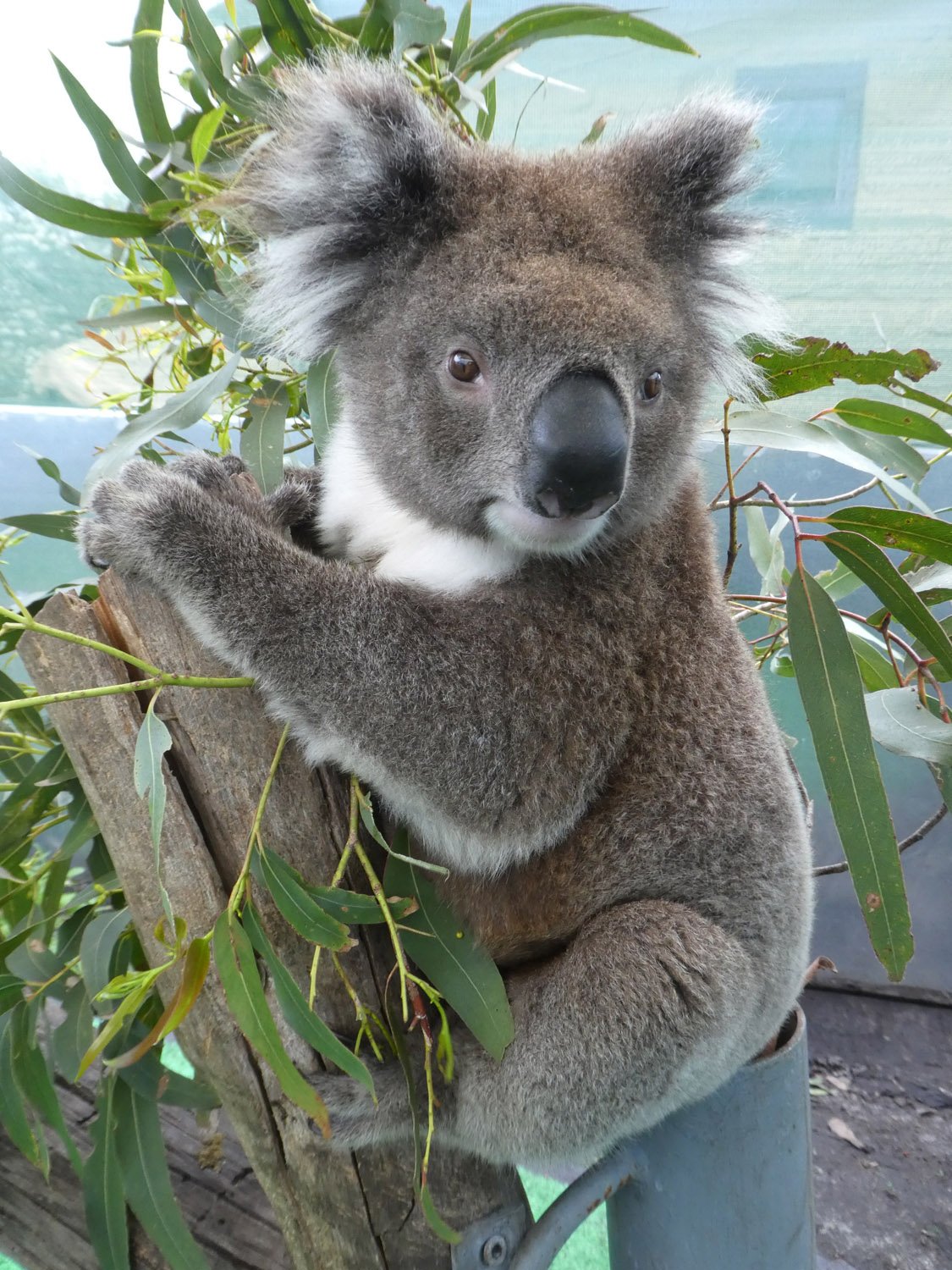 A study featuring University of Queensland researchers has analysed and altered microbes in koalas’ guts, finding that a faecal transplant may influence what species of eucalypt koalas can feed on.

UQ School of Chemistry and Molecular Biosciences Dr Michaela Blyton was inspired to conduct the research after a devastating drop in the koala population on Cape Otway in Victoria.

“This led to 70 per cent mortality due to starvation, which was very distressing.

“What was interesting was that even though the koalas were starving, they generally didn’t start feeding on a less preferred tree species, messmate, despite the fact that some koalas feed exclusively on messmate.

“This led me and colleague Dr Ben Moore at Western Sydney University to wonder if the microbes present in koalas’ guts – their microbiomes – were limiting which species they could eat, and if we could allow them to expand their diet with faecal inoculations.”

The team caught wild koalas that only ate manna gum and kept them in temporary captivity at the Cape Otway Conservation Ecology Centre.

“We collected poo from radio-collared wild koalas that ate messmate, concentrated the microorganisms in the poo, packaged it into acid-resistant capsules and gave them to the captive koalas,” Dr Blyton said.

“We then monitored how much messmate the koalas were willing to eat over an 18-day period and assessed how the microbiomes changed after the inoculations, comparing their diets to those of control koalas that received manna gum microbes.”

The researchers found that the faecal inoculations changed the koalas’ microbiomes, allowing them to eat messmate.

“This could affect all aspects of their ecology including nutrition, habitat selection and resource use,” Dr Blyton said.

“Koalas may naturally have trouble adapting to new diets when their usual food trees become over browsed or after being moved to a new location.

“This study provides a proof of concept for the use of encapsulated faecal material to successfully introduce and establish new microbes in koalas’ guts.

“In future, capsules could be used to adjust koalas’ microbiomes prior to moving them to safer or more abundant environments, and as probiotics during and after antibiotic treatment.”