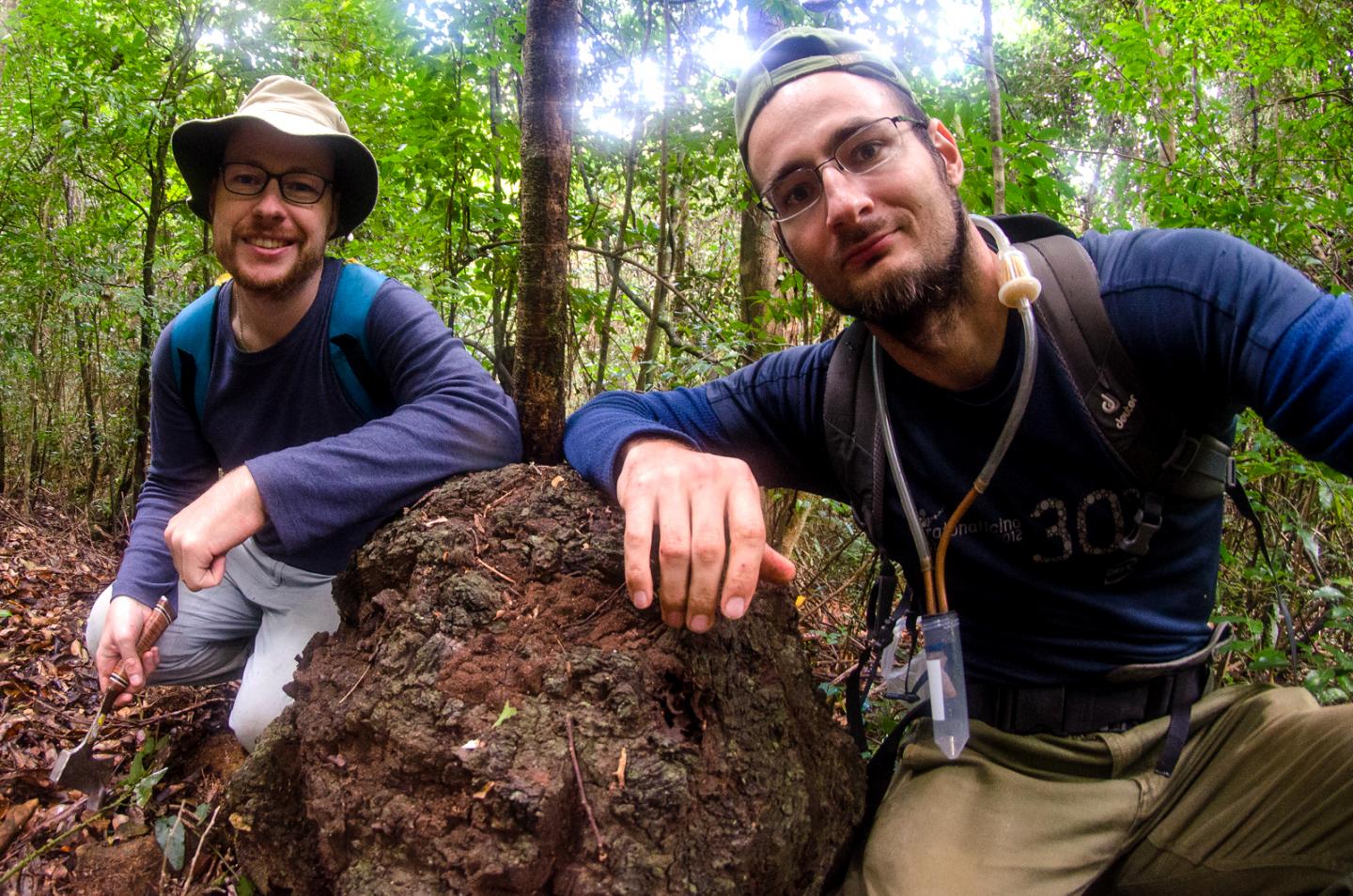 Despite their important ecological role as decomposers, termites are often overlooked in research. Evolutionary biologists at the Okinawa Institute of Science and Technology Graduate University (OIST) have constructed a new family tree for this unassuming insect brood, shedding unexpected light on its evolutionary history.

Writing in Current Biology, the team presents a new tree showing the relationship among termite families and subfamilies. Critically, they have managed to correctly place a subfamily of termites that has until now befuddled researchers. Through comprehensive analysis of termite RNA sequences, the team has now determined the proper position of termites within the Termitidae family.

The Termitidae make up around 80% of termite species and are important as decomposers. This is because, unlike in other families, many Termitidae have shifted their food source from wood to soil and decomposing plant matter -an important change in diet that took place when they lost protist gut symbionts found in all other termite families. This loss was possibly triggered by new relationships with fungi and bacteria, which the Termitidae cultivate externally in complex sponge-like structures called combs.

The Sphaerotermitinae is one such comb-building subfamily. And while they have previously been difficult to place, the RNA analysis has confirmed that they are, in fact, a sister of the fungus growing Macrotermitinae subfamily – within the Termitidae. Both subfamilies build combs inside their nests, and the new family tree explains how this behavior evolved.

“Cultivating fungi and bacteria in combs is a peculiar way of securing food,” explains Dr. Aleš Buček, a postdoctoral scholar in OIST’s Evolutionary Genomics Unit. “It was previously thought that comb building led to the loss of protist gut symbionts in Termitidae. But the new family tree suggests that combs emerged in the ancestor of Sphaerotermitinae and Macrotermitinae – not across the whole Termitidae family.It seems likely, therefore, that associations with new gut bacteria allowed for the loss of old symbionts.”

When researchers construct a family tree, or phylogeny, they can do so using different genes. By looking at the differences in a gene between species, they can understand how closely-related those species are. Often, researchers construct a phylogeny using a single gene. This can, however, give an inaccurate picture of the relationship between species – and can incorrectly place them.

Instead of relying on a single gene, the OIST team used up to 4065 genes from each termite species to construct the phylogeny. This provides a more reliable picture of how different species are related. They included 55 termite species from across the globe, representing all major lineages.

What the team can say, however, is that comb building emerged only once, several million years after the loss of gut symbionts in the ancestor of all Termitidae.

In addition to explaining evolutionary processes, the new family tree improves our understanding of termite ecology. This, in turn, is useful for developing pest control strategies and ecosystem engineering. For the Evolutionary Genomics Unit, however, the next step is to further investigate Sphaerotermitinae. With the subfamily now correctly placed on the tree, they are now analyzing its gut bacteria – and whatever is found in its intricate combs.