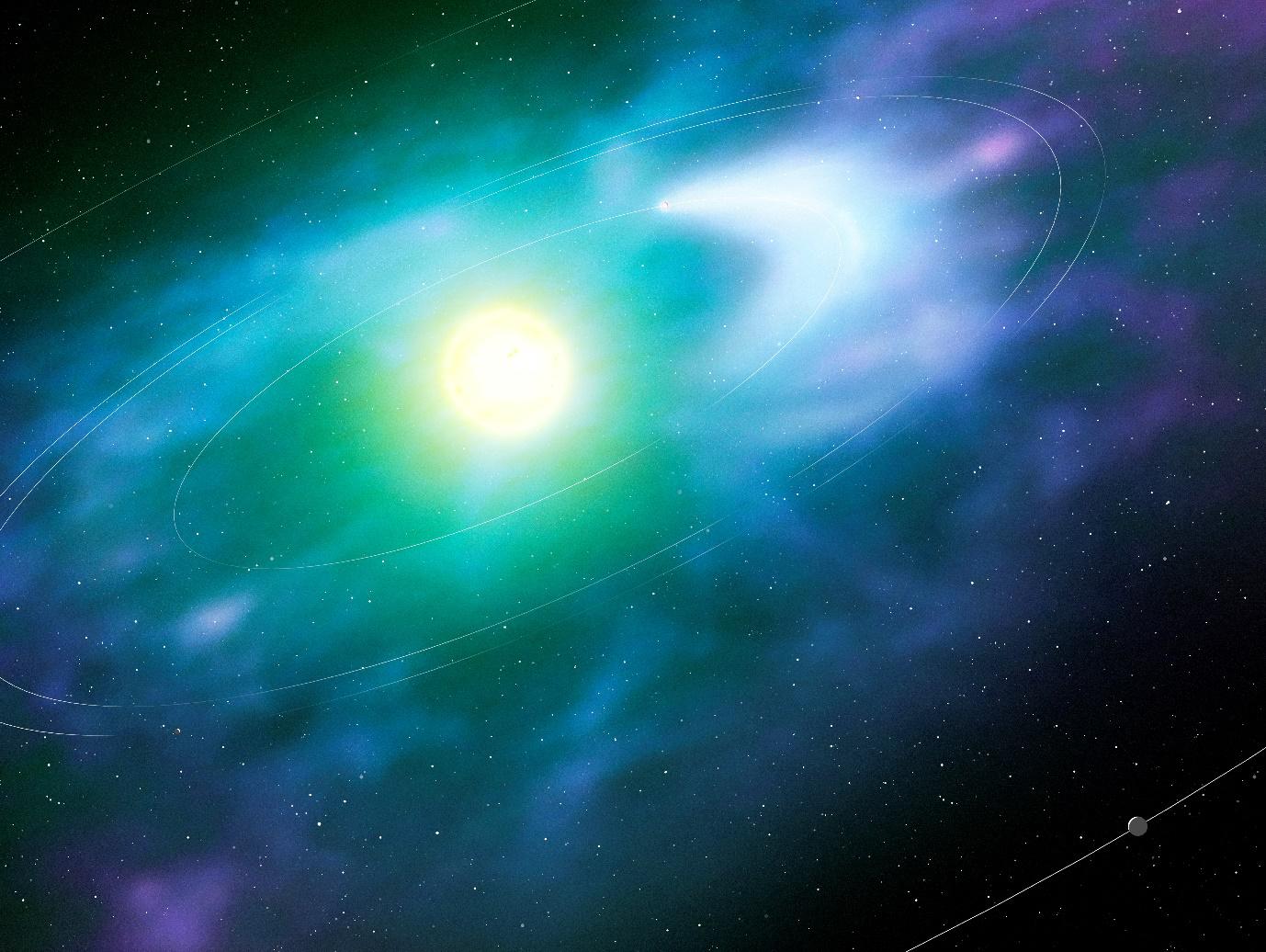 Research led by Professor Haswell found the exoplanets – planets outside the Solar System – as part of the Dispersed Matter Planet Project (DMPP).

The project was funded by the UK Science and Technology Facilities Council and includes an international team of researchers. The project team used the High Accuracy Radial Velocity Planet Searcher (HARPS), a high-precision planet finding spectrograph, on the European Southern Observatory’s 3.6m telescope at La Silla in Chile, to detect the planetary systems.

The team studied stars known as DMPP–1, DMPP–2 and DMPP–3. The planets discovered, DMPP-1b, DMPP-1c, DMPP-1d, DMPP-1e, DMPP-2b and DMPP-3Ab, are very close to the stars and are heated to temperatures of 1100oC – 1800oC. At these temperatures, the atmosphere and even the rocky surface of the planet can be lost, and some of this material disperses to form a thin shroud of gas.

This shroud filters the light from the star, producing clues which allowed the team to pick out the tiny fraction of stars with these unusual, very hot planets. With further study, the chemical composition of the shroud can be measured, revealing the type of rock on the surface of the hot planet.

The new planets, particularly DMPP-1d, DMPP-1e and DMPP-3Ab, could hold the key to unlocking the geology of the rocky planets outside the Earth’s Solar System.

Professor Carole Haswell, Head of Astronomy at the Open University, said: “These new discoveries are very promising for further studies. They should allow us to measure the relationships between the mass, size and composition of planets outside our own Solar System. We can now see how planets in general are built, and whether our own planet is typical. For example, we don’t yet know if it is a coincidence that in the Solar System, the Earth and Venus are the biggest rocky objects and have the largest fraction of their mass made of iron.”

DMPP–1 has three hot super-Earth planets with masses between three and ten times that of Earth each orbiting the star every few days. It also has a warm Neptune mass planet which orbits the star every 20 days.

DMPP–2b is a giant planet with a mass almost half that of Jupiter in a five-day orbit. It had been overlooked in previous studies because the star pulsates, which obscures the signature of the gravitational pull of the orbiting planet.

Commenting on the most exciting of these new discoveries, Dr John Barnes, a Research Fellow at The Open University, said: “DMPP-3 was a huge surprise, we were looking for a tiny signal indicating an orbiting, low mass planet, but the first thing we found was a huge signal due to a companion star we hadn’t expected!”

The companion star, DMPP-3B, is only just massive enough to sustain hydrogen fusion, it is among the very lowest mass of all the stars powered by the same mechanism as the Sun. These tiny stars are very dim and difficult to find. After accounting for this dim star, Dr Barnes and the team found a planet, DMPP-3Ab, two or three times as massive as Earth orbiting the brighter star every seven days.

Dr Barnes said: “It is hard to see how the planet got there!”

Professor Haswell, Dr Staab and Dr Barnes and an international team have written papers on the three discoveries (1, 2, 3) published in Nature Astronomy.