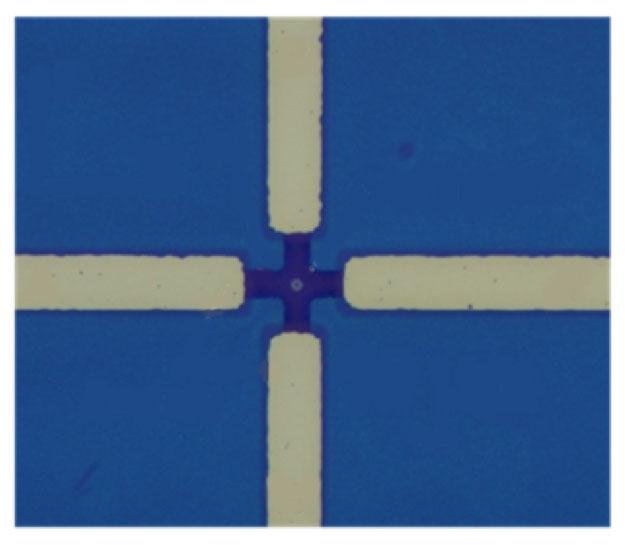 Memory-hungry, power-sapping big data might finally have met its match.

Electrical engineers at Northwestern University and the University of Messina in Italy have developed a new magnetic memory device that could potentially support the surge of data-centric computing, which requires ever-increasing power, storage and speed.

Based on antiferromagnetic (AFM) materials, the device is the smallest of its kind ever demonstrated and operates with record-low electrical current to write data.

“The rise of big data has enabled the emergence of artificial intelligence (AI) in the cloud and on edge devices and is fundamentally transforming the computing, networking and data storage industries,” said Northwestern’s Pedram Khalili, who led the research. “However, existing hardware cannot sustain the rapid growth of data-centric computing. Our technology potentially could solve this challenge.”

The research will be published on Feb. 10 in the journal Nature Electronics.

From promise to probable

Although AI offers promise to improve many areas of society, including health care systems, transportation and security, it can only meet its potential if computing can support it.

“There is no existing memory technology that meets all of these demands,” Khalili said. “This has resulted in a so-called ‘memory bottleneck’ that severely limits the performance and energy consumption of AI applications today.”

To meet this challenge, Khalili and his collaborators looked to AFM materials. In AFM materials, electrons behave like tiny magnets due to a quantum mechanical property called “spin,” but the material itself does not demonstrate a macroscopic magnetization because the spins are aligned in antiparallel fashion.

Typically, memory devices require an electric current to retain stored data. But in AFM materials, it is the magnetically ordered spins that perform this task, so a continuously applied electric current is not needed. As an added bonus, the data cannot be erased by external magnetic fields. Because densely packed devices will not interact with magnetic fields, AFM-based devices are very secure and easy to scale down to small dimensions.

Because they are inherently fast and secure and use lower power, AFM materials have been explored in past studies. But previous researchers experienced difficulties controlling the magnetic order within the materials.

Khalili and his team used pillars of antiferromagnetic platinum manganese – a geometry not previously explored. With a diameter of just 800 nanometers, these pillars are 10 times smaller than earlier AFM-based memory devices.

Importantly, the resulting device is compatible with existing semiconductor manufacturing practices, which means that current manufacturing companies could easily adopt the new technology without having to invest in new equipment.

“This brings AFM memory – and thus highly scaled and high-performance magnetic random-access memory (MRAM) – much closer to practical applications,” Khalili said. “This is a big deal for industry as there is a strong demand today for technologies and materials to extend the scaling and performance of MRAM and increase the return on the huge investment that industry has already made in this technology to bring it to manufacturing.”

Khalili’s team is already working on the next steps toward this translation to applications.

“We are working now to further downscale these devices and to improve methods to read out their magnetic state,” Khalili said. “We also are looking at even more energy-efficient ways to write data into AFM materials, such as replacing the electric current with an electric voltage, a challenging task that could further increase the energy efficiency by another order of magnitude or more.”