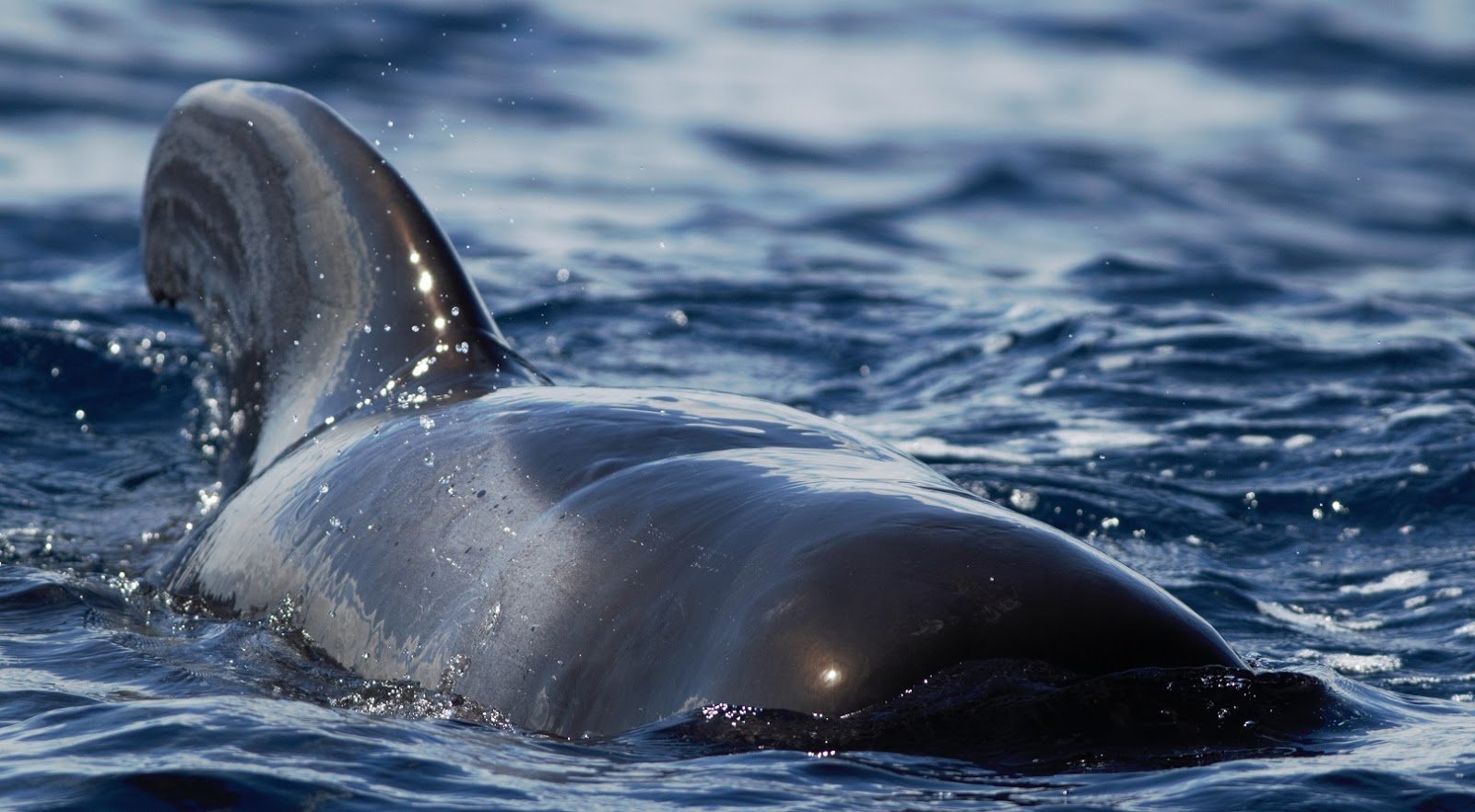 Short-finned pilot whales are found over a wide swath of the world’s oceans, with habitats in the Indian, and Pacific, and North Atlantic oceans. Despite this wide distribution, the whales have been recognized as a single species–but a recent study has found that two unique subspecies actually exist. The study published June 3, 2019, in Molecular Ecology.

Japanese whalers and scientists have long described two “forms” of short-finned pilot whales with distinct body types–the ‘Naisa’ form, which live in Southern Japan and have square-shaped heads; and the ‘Shiho’ form, which lives in northern Japan and have round heads. Yet no prior study had examined the genetic diversity of those whales on a global scale, says Amy Van Cise, a postdoctoral scholar at WHOI and lead author on the study.

“You can’t manage animals globally without understanding their diversity. If you think of a group of animals as a single species, and it turns out they’re not, you could wind up accidentally losing an entire subspecies without knowing it,” she says.

Van Cise was able to study the entire global population structure of the whales using marine mammal tissue archived at NOAA’s Southwest Fisheries Science Center. From it, she identified more than 700 samples taken from short-finned pilot whales, and extracted DNA from each one.

After analyzing the DNA, Van Cise found that there are actually two distinct subspecies of short-finned pilot whale. Surprisingly, she says, those subspecies aren’t separated by any continental barrier, but instead by the vast expanse of the eastern Pacific Ocean.

“You would expect to see a different subspecies of whale in each ocean basin–the Atlantic, Indian, and Pacific. That’s pretty common. But what we found was that short-finned pilot whales in the Atlantic are the same sub-species as those living in the Indian Ocean and western Pacific,” she says. Whales living off northern Japan and the eastern Pacific, however, seemed to be a single distinct subspecies.

From an evolutionary perspective, adds Van Cise, the study shows that the enormous central region of the Pacific–an area with little productivity or food to support the whales–formed a major barrier to the whales’ global distribution.

“It seems to have separated these groups of whales for long enough that they diverged into two different types,” she says. “That means continents and land forms may not have been as significant a barrier as we thought to this species’ evolution. Instead, the oceanic ‘desert’ in the Pacific might have been more important.”

To test these findings, Van Cise used a small section of the whales’ mitochondrial DNA (mtDNA) to determine each group’s genetic divergence (how much its genetic code differed from the others). By comparing that divergence with known whales and dolphins, she was able to verify if the groups were unique species, subspecies, or populations.

“mtDNA is a pretty standard way to look at population structure in a species. It’s really abundant in tissue, and it’s much easier to sequence than nuclear DNA. It only has 16,300 base pairs as opposed to a few million.” Because it’s relatively easy to sequence, scientists have been able to look at a short portion of the mtDNA in whales and dolphins to identify distinct species. With that powerful genetic database, they can identify previously overlooked species or subspecies with tissue samples rather than relying on observing body shape–a more traditional approach that is often slower and more expensive to accomplish.