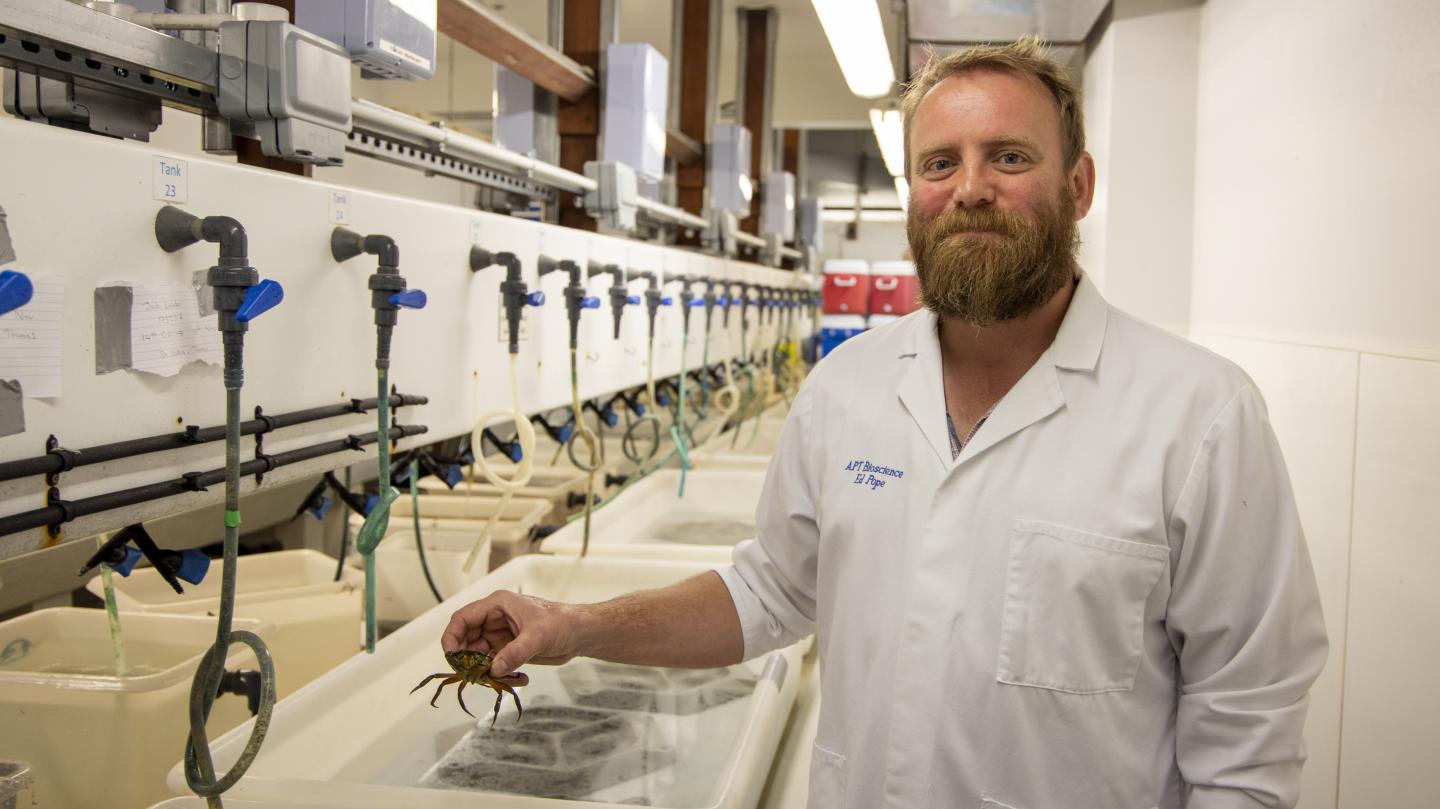 A new Swansea University study has revealed how common shore crabs can navigate their way around a complex maze and can even remember the route in order to find food.

The team of scientists, led by marine biologist Dr Ed Pope and master’s student Ross Davies, wanted to see if common shore crabs could learn the path of a specially-designed maze in order to gain a better understanding of spatial learning in crustaceans.

Dr Pope said: “Learning your way around, what scientists call ‘spatial learning’, is an important ability in animals. We understand this ability quite well in many animals, but less so in marine creatures such as crabs as it’s pretty difficult to follow them around! Spatial learning is quite complicated, so figuring out how it works in crustaceans gives us a better understanding of how widespread this ability, and learning in general, is in the animal kingdom.”

Over the four-week period, the team saw the crabs show a steady improvement in both the time taken to find the food at the end of the maze and, crucially, in the number of wrong turns taken.

Even more surprisingly, when returned to the maze two weeks later but without any food on offer at the end, they all reached the end of the maze in under eight minutes – a clear sign that they had remembered the route.

New crabs which had had not been in the maze before took far longer to reach the end, and some did not make it to the end of the maze at all during the one-hour study period.

Commenting on the findings of the study, which is published in Biology Letters, Dr Pope said: “This study is important because we know that insects, especially ants and bees, have some impressive mental abilities but we haven’t really looked for them in their aquatic counterparts. The fact that crabs show a similar ability to insects is, in some ways, not that surprising but it is great to be able to show it so clearly. This work opens the door to more sophisticated experiments looking at how changing ocean conditions might affect crabs’ ability to learn and adapt to find food in future.”

Co-author and climate change expert Professor Mary Gagen added: “We know so much is changing in our oceans due to human caused climate change. Gaining a baseline understanding of the lives of the animals that are going to actually be impacted by the changes in our future oceans is really important. That doesn’t just mean the big charismatic animals, it means things like crabs that are so important for the food chain.”