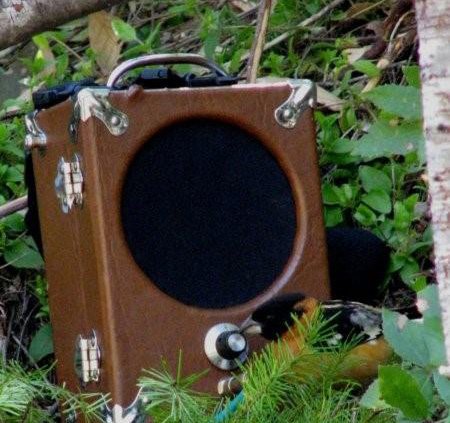 Amazonia is home to the greatest number of species on earth, many now threatened, but a new study published October 22 in the open-access journal PLOS Biology by Jason Weir from the University of Toronto and Trevor Price from the University of Chicago hammers home Amazonia’s importance, showing that it is not only a place with many species, but one where it has taken an exceptionally long time for new species to form.

Working in Peru and Brazil, Weir recorded songs from a population of birds in one region and played them back to male birds from a related population in another distant location. A major function of song is to advertise territories, so males typically respond aggressively to playback of their own species’ song, believing it to be an intruder; sometimes they come right up to the speaker and try to look in.

For many of the 51 pairs of populations Weir studied in Amazonia, males responded aggressively to songs from the distant population, implying they continue to view them as members of the same species. Using DNA sequence differences to estimate how long these pairs of populations have been separated, Weir and Price estimated it takes about 3 million years of separation for levels of aggression (e.g. how closely birds come to the playback) to decline to half of that seen in response to their own population.

For comparison, Weir conducted an identical study on 58 pairs of populations in North America. The corresponding time to loss of aggression was much quicker – about half a million years. Why might this be? One factor apparently maintaining responses for a long time in Amazonia is that, unlike in temperate North America, males of many Amazonian species defend their territories all year round, even against other species. It is these species in which males tend to respond especially aggressively to songs from distant, related populations.

The project took several visits, and involved encounters with jaguars, poisonous snakes, chiggers, several thousand ticks, and botfly infestations, yet, according to Weir, was exceptionally rewarding fieldwork that provides a salutary lesson. While one may argue that extinction of a species in Amazonia is potentially recoverable on a similar timescale to that induced by glaciations in North America (a ‘mere’ one to two million years), the new study’s findings imply that the special, warm and aseasonal environments of the tropics slow that rate. The build-up of species in the tropics has apparently occurred over very long timescales, where slow speciation rates have been matched by even slower extinction rates, making them especially important repositories of biodiversity.