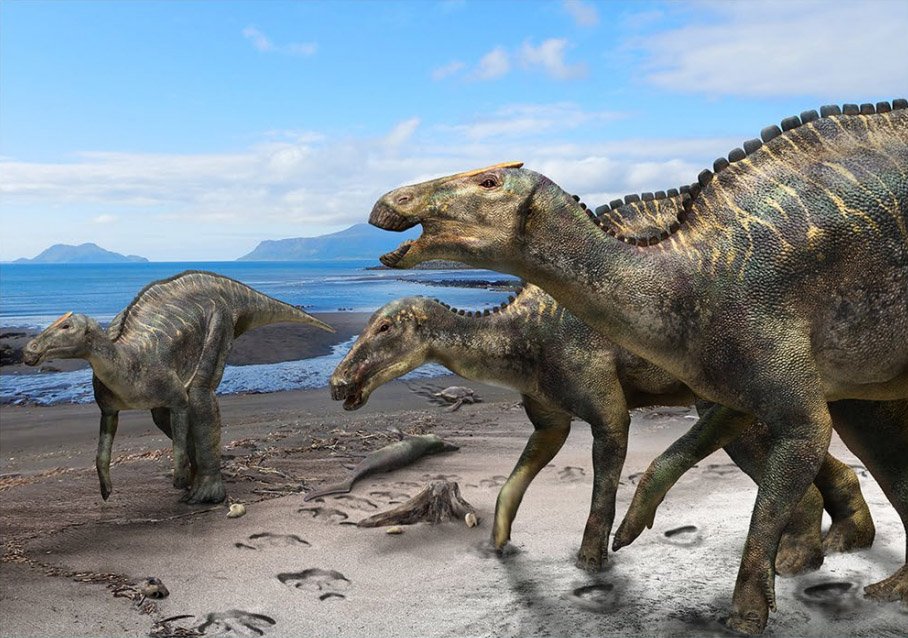 Hadrosaurs are among the most successful group of dinosaurs from the Late Cretaceous, and their fossils have been found in North America, South America, Asia, Europe and Antarctica.

Yoshitsugu Kobayashi and colleagues discovered the new hadrosaur, which they have named Kamuysaurus japonicus in marine deposits of the Hakobuchi Formation in Hokkaido, Japan. Its discovery in a marine-influenced environment is rare for hadrosaurs and contributes to understanding of the diversity of hadrosaurids in these environments, the authors suggest.

At around eight metres long, the 72 million-year-old specimen is a middle-sized, fully grown hadrosaur. The authors report a number of unique features, including a small crest on the skull and a short row of neural spines that point forwards. Analysis of this specimen suggests it is related to other hadrosaurs from the Far East such as Laiyangosaurus from China and Kerberosaurus from Russia.