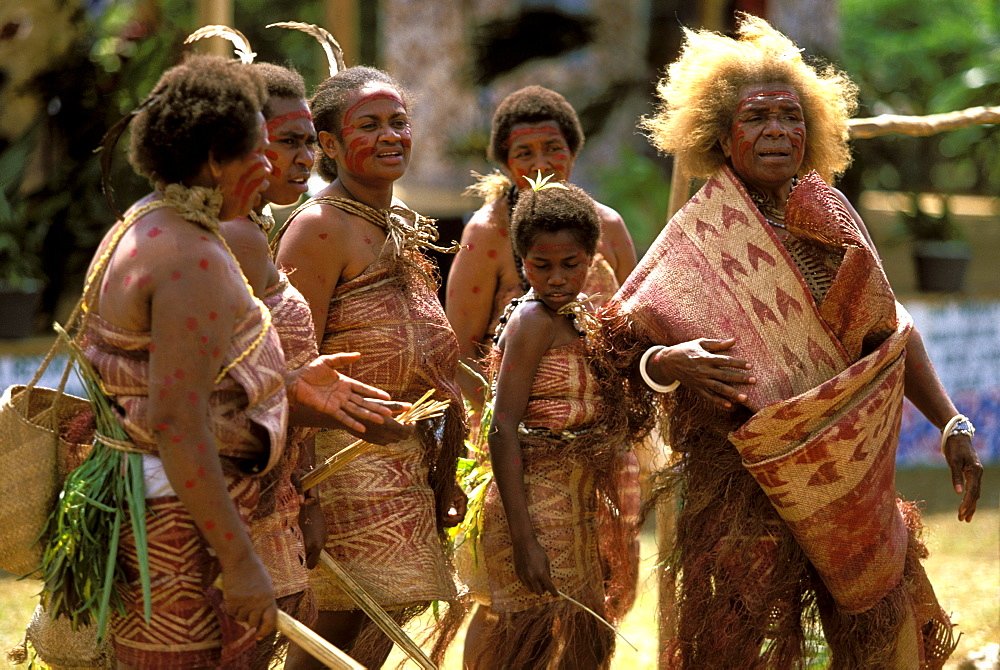 Modern Melanesians harbor beneficial genetic variants that they inherited from archaic Neanderthal and Denisovan hominins, according to a new study. These genes are not found in many other human populations, the study adds. The results suggest that large structural variants introgressed from our archaic ancestors may have played an important role in the adaptation of early modern human populations and that they may represent an under-appreciated source of the genetic variation that remains to be characterized in our modern genomes.

As populations of our ancestors migrated out of Africa and into the vast Eurasian continent, they were required to adapt to the wide range of environments they encountered. They also interbred with the archaic hominin ancestors they encountered. However, the role of genetic exchange between archaic hominin and anatomically modern human populations in adaption and human evolution remains elusive. Genetic surveys with single-nucleotide variants (SNVs) have suggested their involvement in archaic introgression and adaptation.

However, compared to SNVs, copy number variants (CNVs), a larger form of structural variant, are far more likely to be associated with genotype expression and are subject to stronger selective pressure. Despite this, the adaptive role of introgressed CNVs in human evolution and the genetic variation of modern humans remains unexplored. PingHsun Hsieh performed a genome-wide search for evidence of selective and archaic introgressed CNVs among Melanesian genomes.

The Islanders of Melanesia harbor some of the greatest amounts of archaic human ancestry known. Hsieh et al. discovered hominin-shared, stratified CNVs associated with positive selection in the modern Melanesian genomes. Furthermore, the results revealed evidence for adaptive CNVs introgression at chromosomes 16p11.2 and 8p21.3, which were derived from Denisovans and Neanderthals, respectively. The results tentatively suggest that CNV introgression from ancestral hominins may have allowed modern humans to adapt to new environments by providing a source of beneficial genetic variation.